[Update 9/24/2019: This is still the default behavior two years later, and it can be especially frustrating on the new Apple Watch Series 5.

The new Apple Watch has an always-on display that shows your watch face and the Workout app even when your wrist isn’t raised, but all other apps are blurred out with a digital clock in the corner. That includes the Now Playing screen even if audio is playing from your iPhone, preventing your watch face from showing at a glance.

Read below for instructions on disabling the default auto-launch audio apps feature.]

watchOS 4 introduced a new default behavior to auto-launch audio apps when you wake the screen while playing audio on your Apple Watch or iPhone.

Auto-launching Now Playing can be useful when you’re playing music from the watch or a podcast from the phone for example. Instant access to play/pause and seek controls on the watch screen and the ability to spin the Digital Crown to adjust volume is really great when using AirPods since they lack physical controls. It’s sort of like the Now Playing card on the iPhone lock screen.

But this behavior isn’t always ideal on the Apple Watch. Luckily there’s a simple way to turn it off.

Why might you want to disable this feature? For me I prefer to always see my watch face when I raise my wrist. Seeing Now Playing when I want to check the date or my Activity rings means an extra step to dismiss Now Playing. Clicking the Digital Crown dismisses the audio app, but it returns the next time playback resumes.

You see the time either way, but you might not see your watch face much if you listen to a lot of audio from your watch or phone. (In that case, using a Now Playing complication or putting Now Playing at the top of your Dock may be a better approach.)

This behavior also makes a few assumptions that it probably shouldn’t for now. For example, auto-launch opens the Overcast watch app if you’re listening to a podcast using Overcast on the phone. 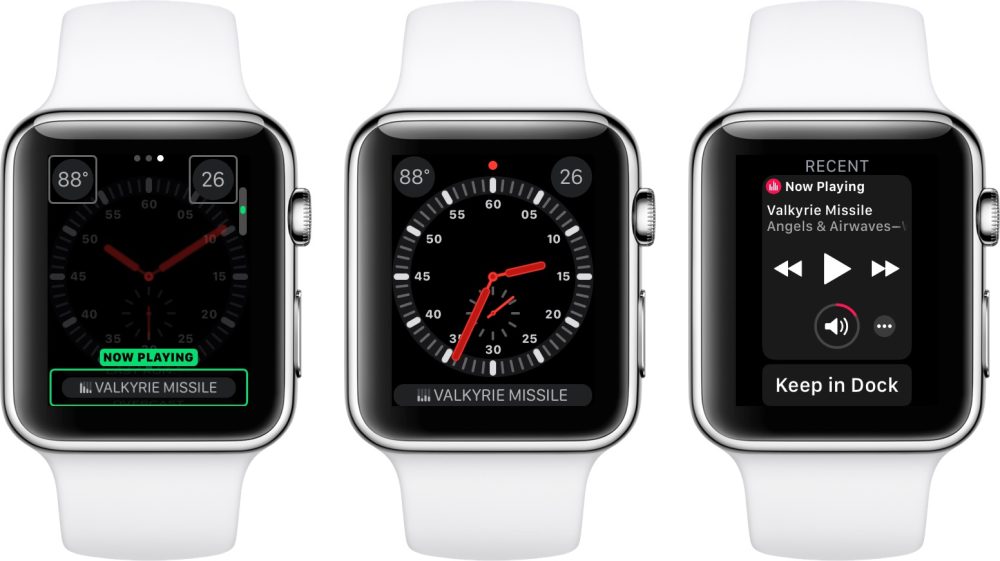 Disabling auto-launch altogether means you need to open the Now Playing app from a complication or the Dock, but you can keep Overcast installed on the watch and not lose remote access to iPhone playback (and streaming eventually when Apple provides developers with the right tools). 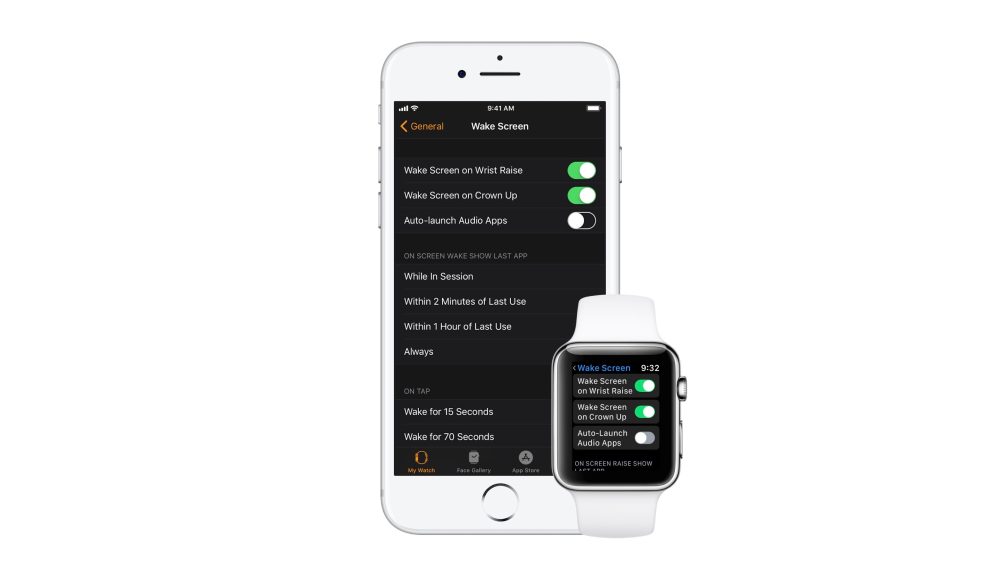 You can disable auto-launch from the iPhone or the Apple Watch.

From the iPhone, go to the Watch app, find the General section from the My Watch tab, look for Wake Screen, and toggle Auto-launch Audio Apps off..

From the Apple Watch directly, click the Digital Crown from the watch face to find the app launcher, then look for the Settings app, find General, then Wake Screen, and toggle Auto-Launch Audio Apps off.

You can revisit this setting in the future if you change your mind (like if audio apps are able to improve on watchOS). You can also find Now Playing controls with a swipe during active sessions in the Workout app on watchOS 4, which is great for AirPods.