Apple’s second store in Mexico opens September 27 at 5:00 p.m. When customers arrive for its grand opening, they’ll be greeted by a set of towering, floor-to-ceiling sliding glass doors that connect Apple Antara to the cityscape around it.

Apple Antara is located at a cultural axis in the Polanco district of Mexico City, bordered by Museo Jumex, Museo Soumaya, and Antara Fashion Hall. The store’s architecture draws from a collection of elements inspired by Apple Park and mirrored in other recent significant stores in Taipei, Walnut Creek, and Chicago.

Larger in size and ambition than Apple’s first store in Mexico, Vía Sante Fe, Apple Antara features a pavilion design surrounded by a public plaza. The store’s curved glass corners and rounded plank roof stand in contrast to sharply squared benches cut from the plaza’s stone. Where each bench rises, a matching planter sinks into the ground, filled with a unique variety of tropical plant life. 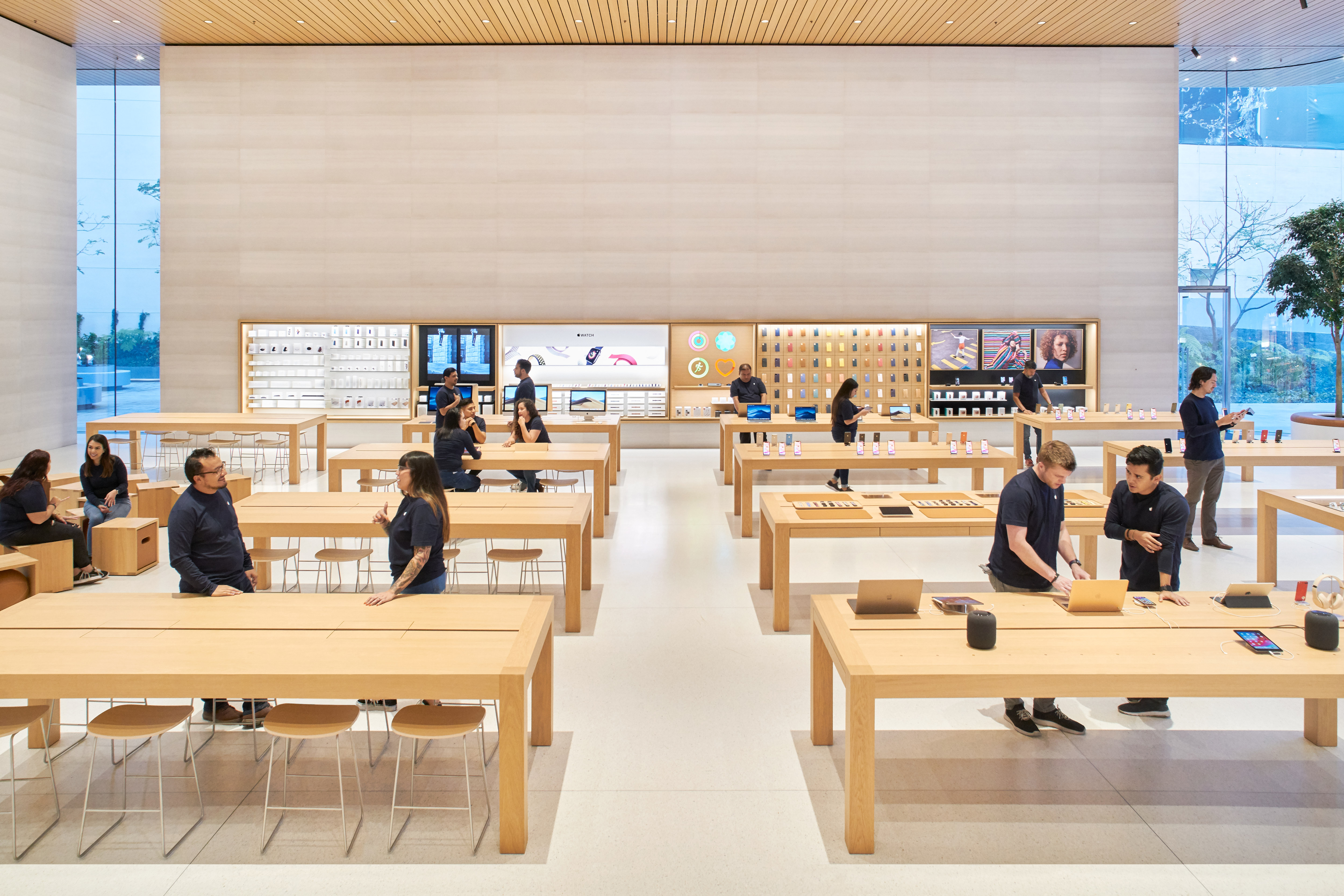 Apple tries to blur the boundaries between indoors and out in each of its stores. Apple Antara’s facade is dematerialized by 23-foot sliding glass doors that let natural air and the sounds of the city filter in. Trees are placed just inside the entrance. Similar designs have been used to great effect at San Francisco’s Union Square store and Apple Park’s cafeteria. Apple will continue to incorporate sliding doors at future stores where the climate and layout allow.

From September 27-29, Apple will kick off Today at Apple in Central Mexico City with seven exclusive sessions. The store will also host regular Photo Walk and Art Walk sessions designed to capture the color and textures of Polanco. In October, Apple Antara will join 17 other flagship locations around the world in hosting exclusive art sessions as part of The Big Draw Festival. 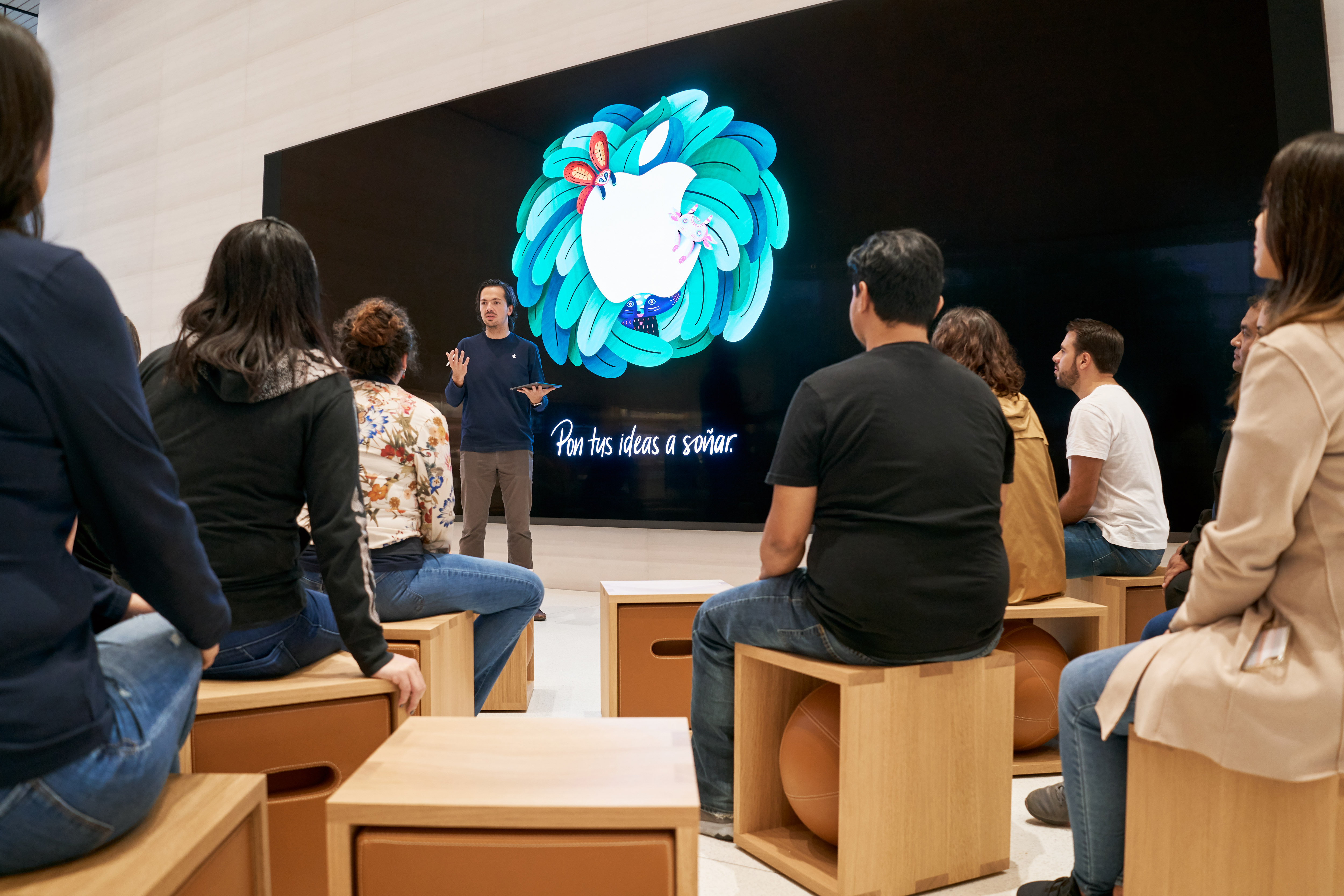 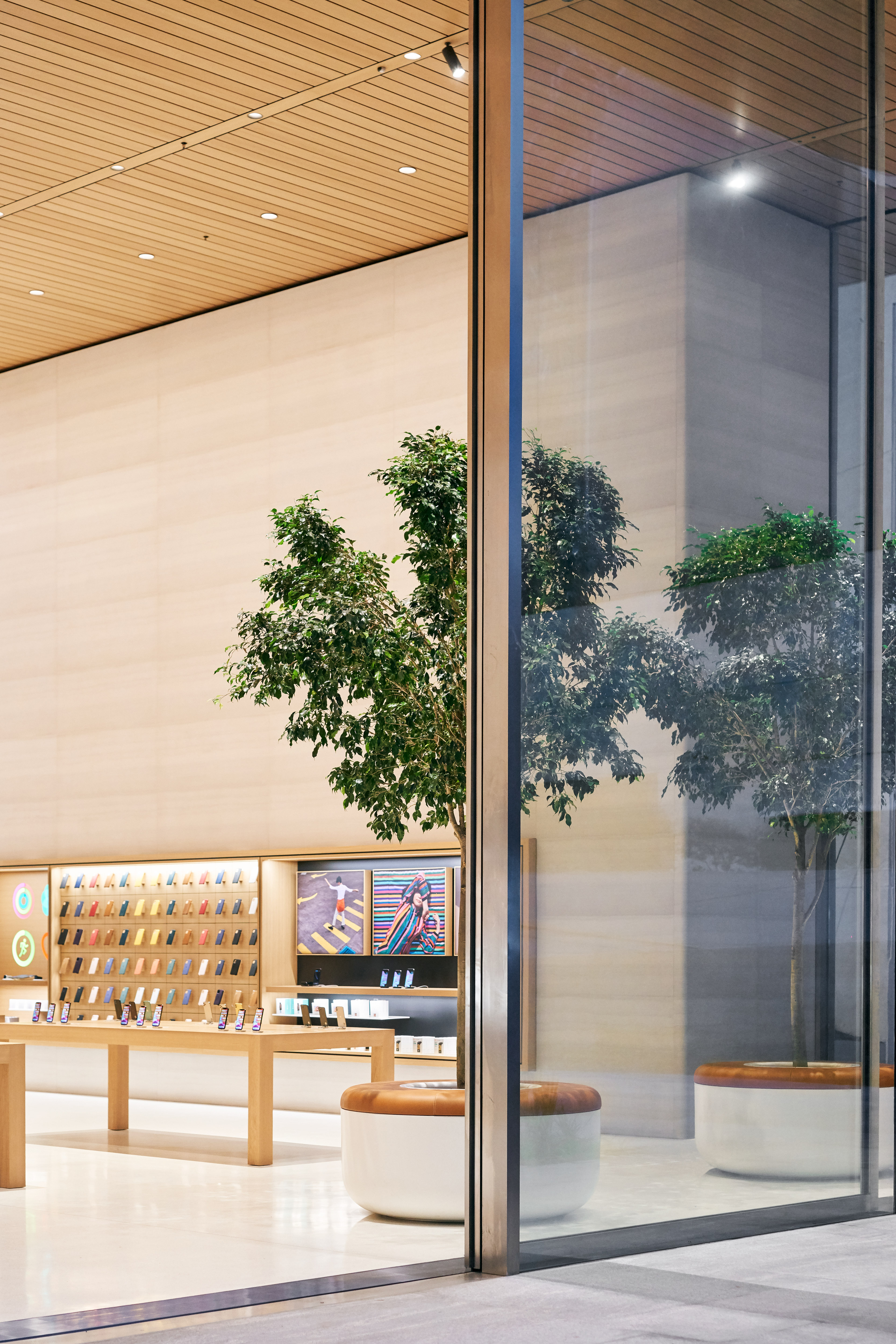 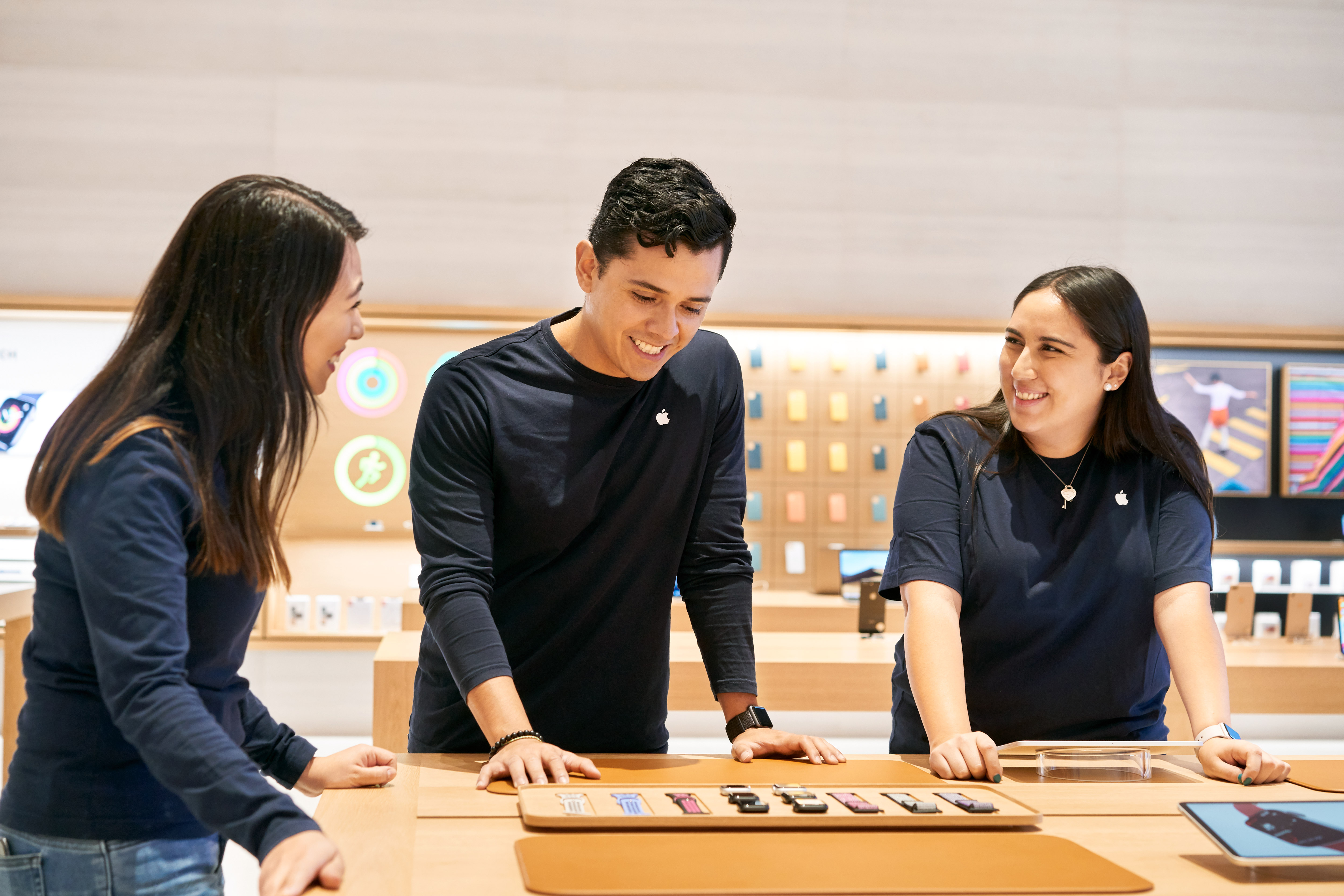 Apple Antara will become Apple’s 509th retail location worldwide. Over 100 new store team members will be joining Apple in Mexico. The store’s arrival falls just one week after the reopening of Apple Fifth Avenue’s reimagined glass cube in Manhattan, and less than one day before the significant move of Apple Fukuoka, a key part of Apple’s ongoing Japanese retail investment.

If you visit the opening of Apple Antara or attend a great Today at Apple session, we’d love to see and share your photos. Follow 9to5Mac’s retail guide for in-depth coverage of the latest Apple Store news.