iPadOS 13.1: Hands-on with the top new features and changes for iPad [Video]

This is a monumental week for Apple and the iPad. After 9 years of existence, the iPad finally gets its own dedicated operating system in iPadOS 13. Why is that such a big deal? It means that software development for the iPad can now truly be iPad-first.

iPadOS 13 is a huge release that gives the iPad more room to grow and evolve into the platform that it’s capable of becoming. Even in this initial release, users are greeted with huge features like multi-window support for the same app, improved multitasking, enhanced copy and paste, and much more. Watch our hands-on video walkthrough as we step through the top new iPadOS 13.1 features, and be sure to subscribe to 9to5Mac on YouTube for more videos.

Along with the denser app grid, the Today View, which contains all of your widgets, has been updated for iPadOS with new features. At the top of the Today View is the current time and date, which makes the iPad interface feel more like a traditional desktop.

The updated Today View for iPadOS 13 lends users the ability to view their widgets alongside the rest of the app icons on the Home screen. In the Today View settings, you’ll find a switch that allows you to always show the today view alongside apps on the Home screen while in landscape mode. While in Portrait mode, the Today View works similarly to how it did in times past where you can swipe from the left side of the display to bring it into view.

There’s also a new ability to pin your favorite Today View widgets so that these can be displayed while other widgets are hidden away. Having the ability to not only view widgets but interact with them, makes the Home screen interface feel a lot more capable on iPadOS 13.

Thanks to Zugu, creator of Zugu Muse case for iPad for sponsoring this video. Get your Zugu case to protect your iPad today

Typing with the software keyboard on the iPad has long proved to be challenging when holding the device in your hands. This challenge has only increased as iPads have grown in size.

Apple apparently recognizes how difficult it is to thumb type while holding the iPad, so it’s introduced a new floating keyboard option in iPadOS 13. The floating keyboard can be accessed by selecting the Floating button that appears after long-pressing the dismiss button in the bottom right-hand corner of the keyboard. 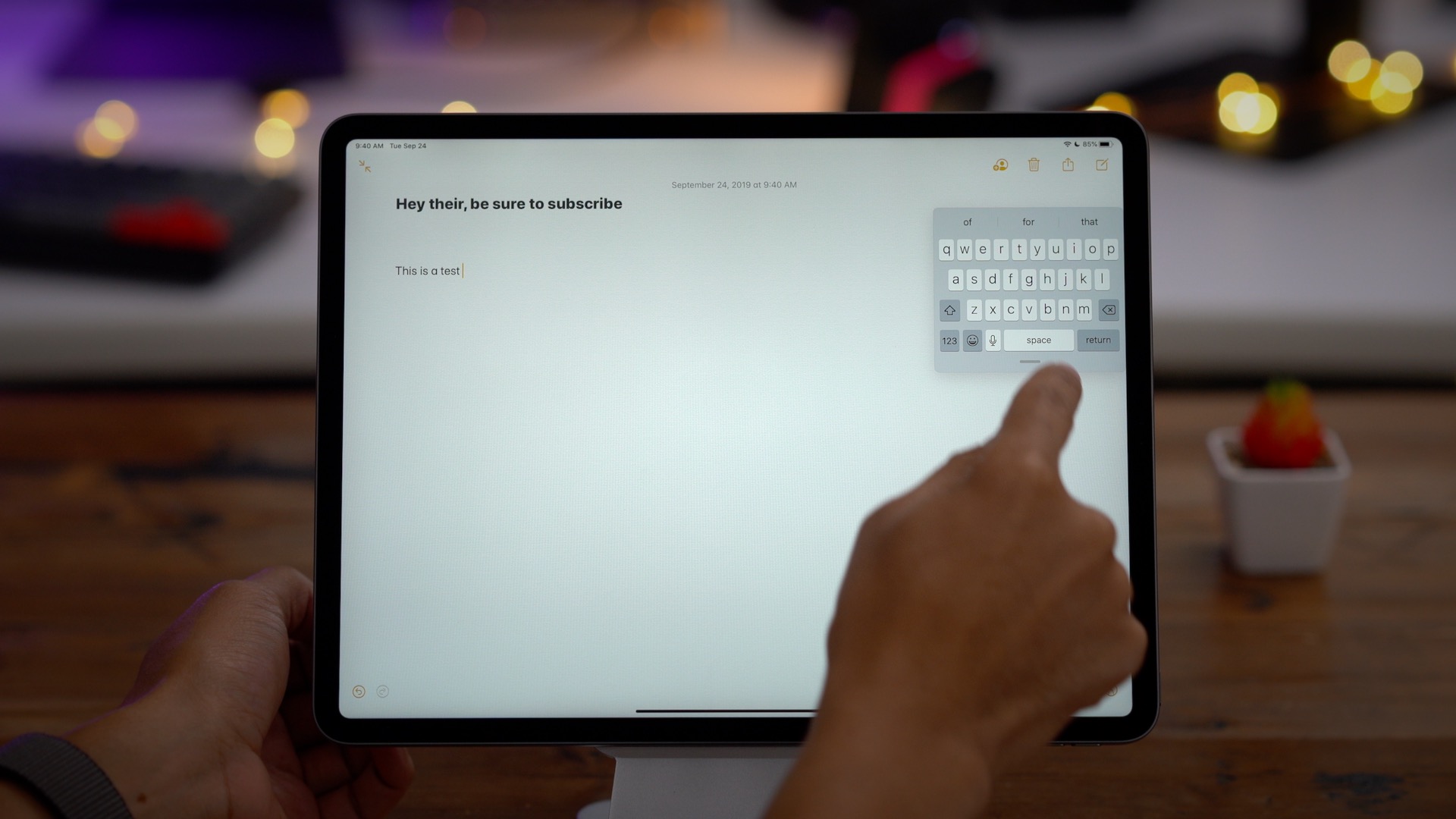 Mobile Safari has long been a thorn in the side of iPad users wishing to use the tablet as a MacBook Pro replacement, as it’s significantly limited when it comes to the types of websites and functions it can support. With iPadOS 13, Apple acknowledges Mobile Safari’s deficiencies and has improved the browsing experience to include what it says is desktop-class browsing in Safari. 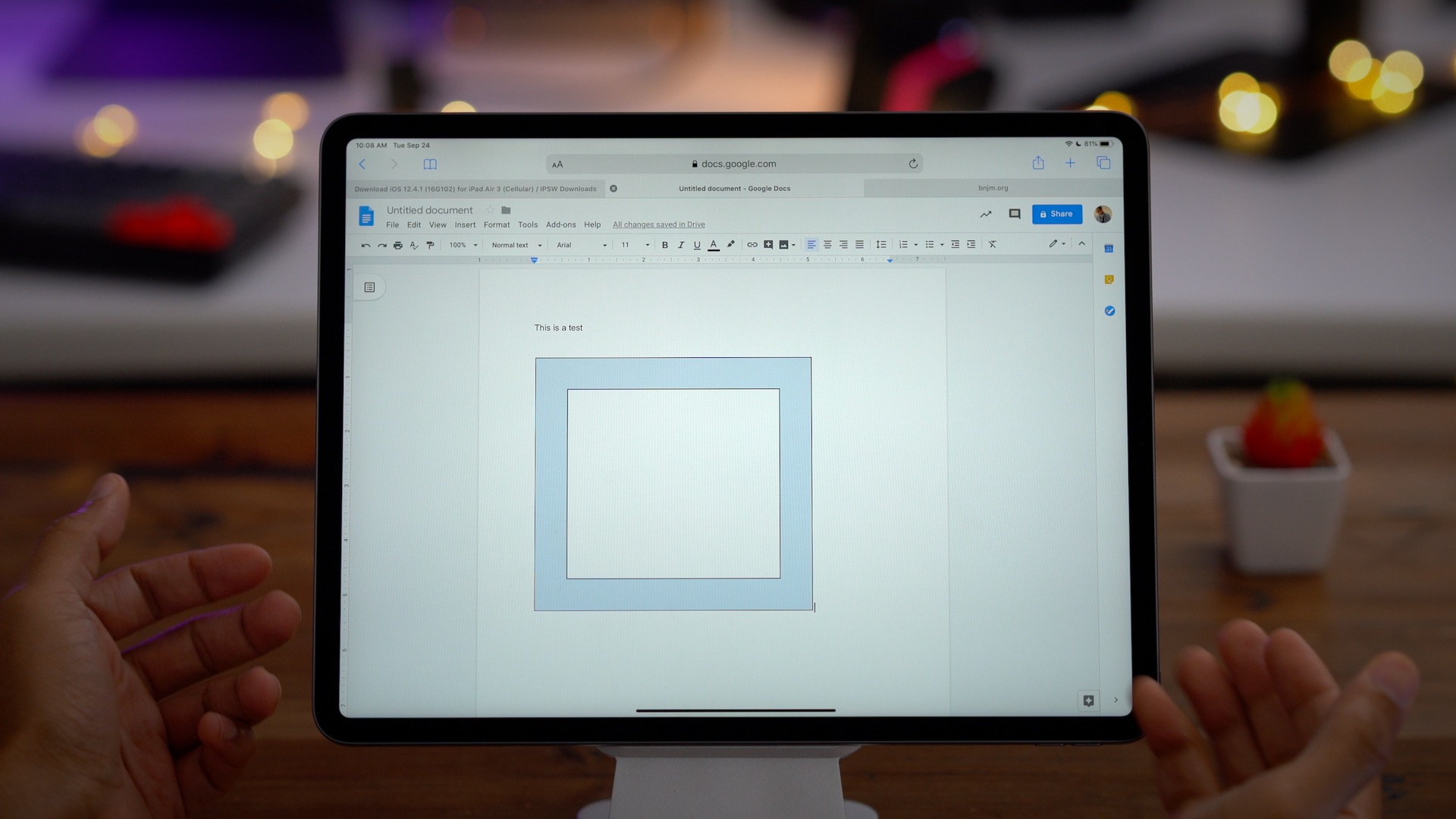 9to5Mac’s Bradley Chambers put Apple’s desktop-class claim to the test earlier this month and found that while some websites, like Google Docs, performed well, improvements to other popular sites were more limited in scope.

At any rate, Apple seems to be headed in the right direction with iPadOS, and the mere act of acknowledging the deficiencies shows that it is aware of features that its users want.

Along with overall browser compatibility improvements, the introduction of downloads support in Safari makes a big difference. Instead of being met with an error message saying that Safari can’t download a particular type of file, it’s now possible to download pretty much anything. Safari’s built-in download manager is simple, but in my experience it works well.

iPadOS 13 includes lots of powerful new keyboard shortcuts for Safari and the Files app. For example, in Safari you can combine a keyboard modifier with a tap to save links to Reading List. 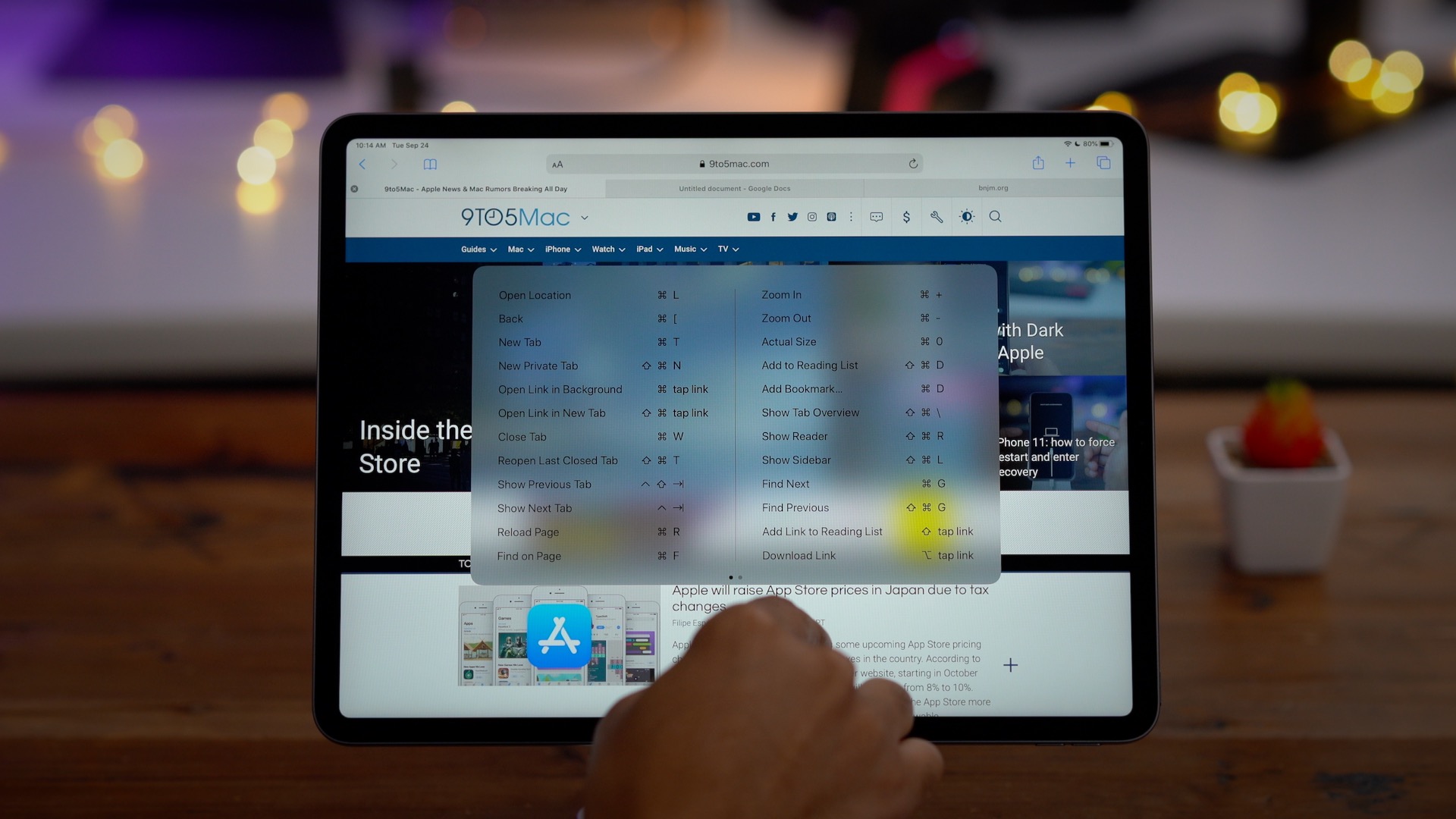 iPadOS 13.1 opens up the ability to install fonts directly from the App Store. 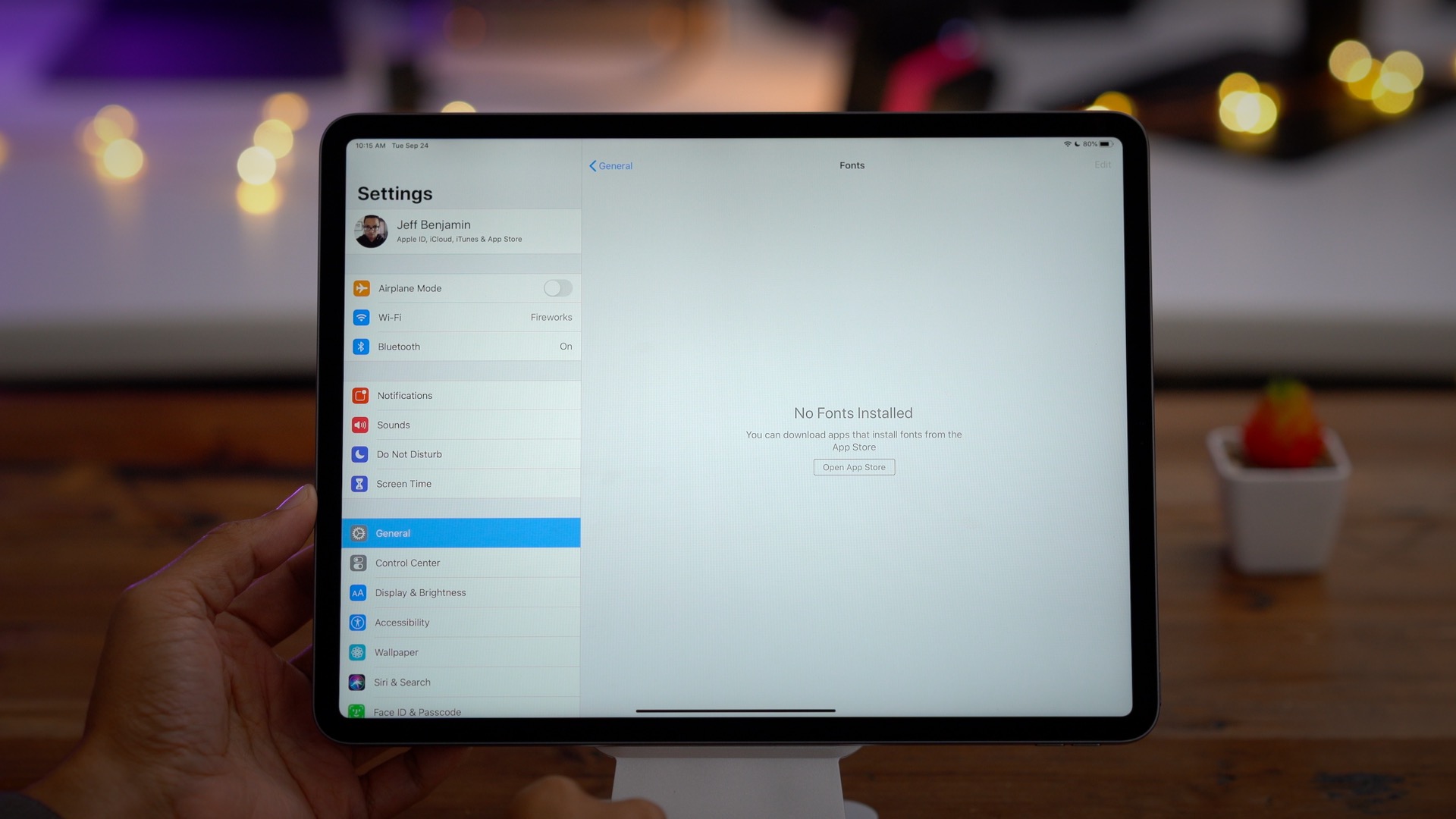 By far the biggest new feature in iPadOS 13.1 involves multitasking. There are so many enhancements brought to the multitasking system in iPadOS, that it almost makes the iPad feel like a brand new device. Never before has there been this much multitasking flexibility available on iPad. 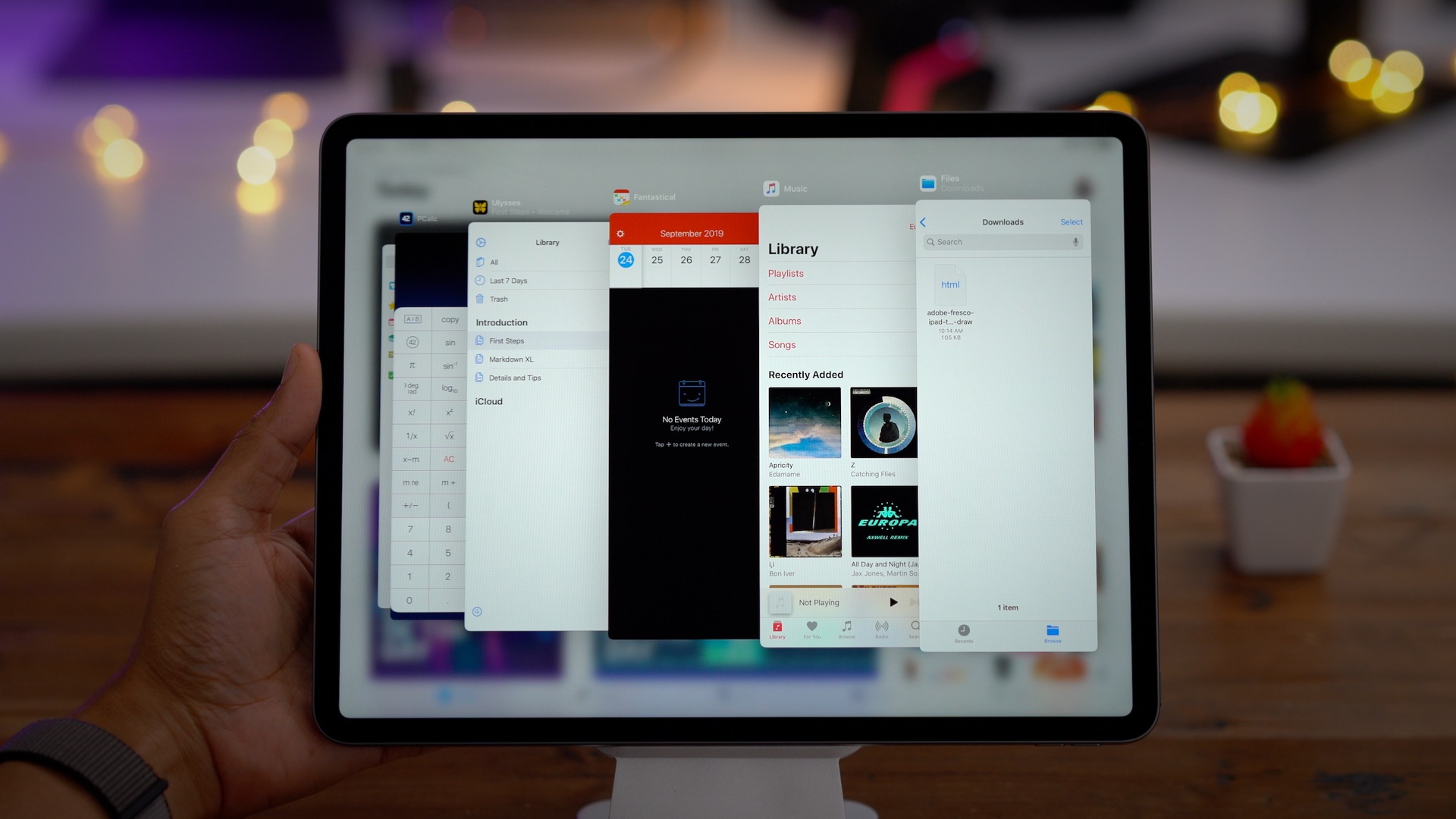 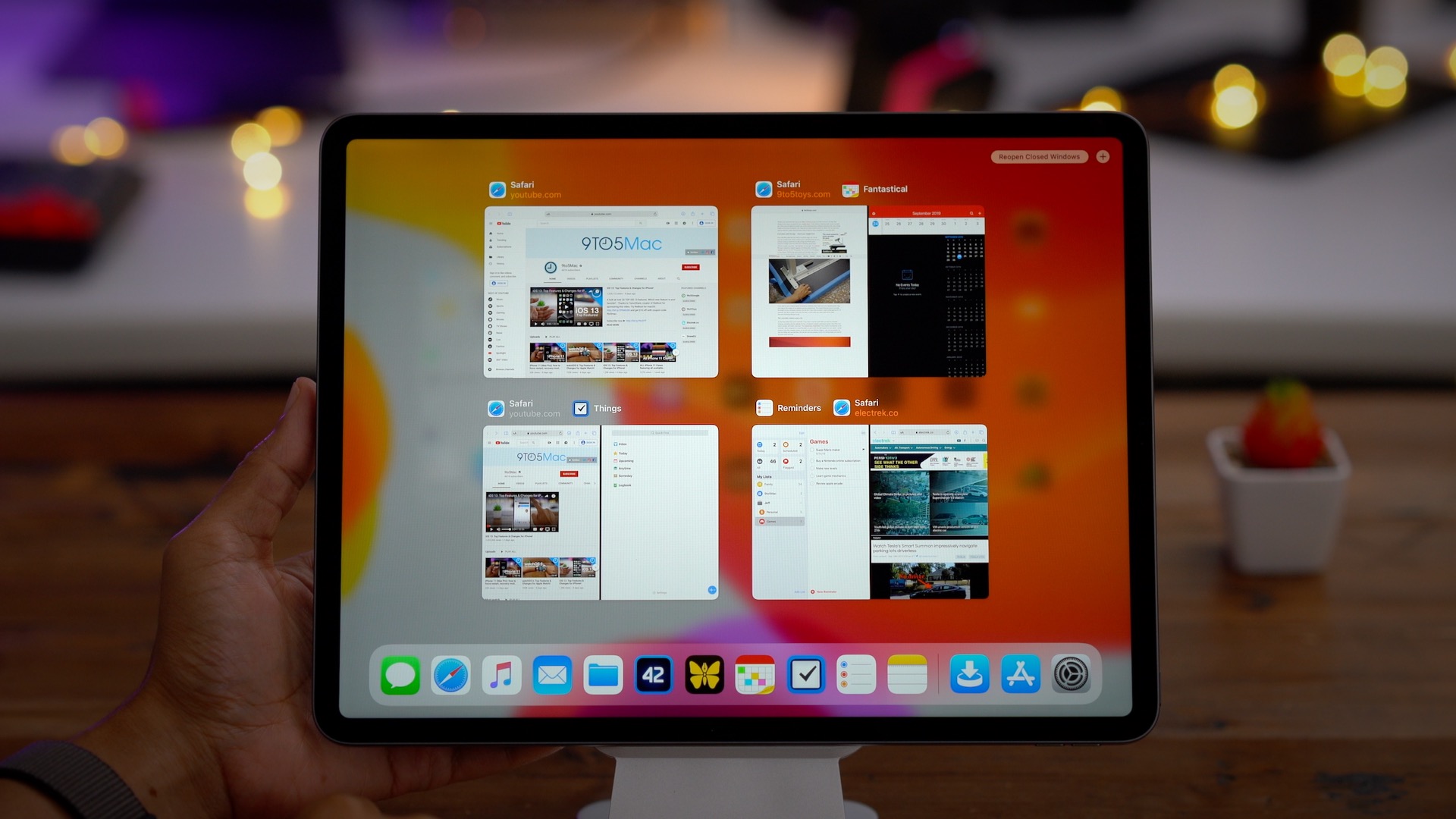 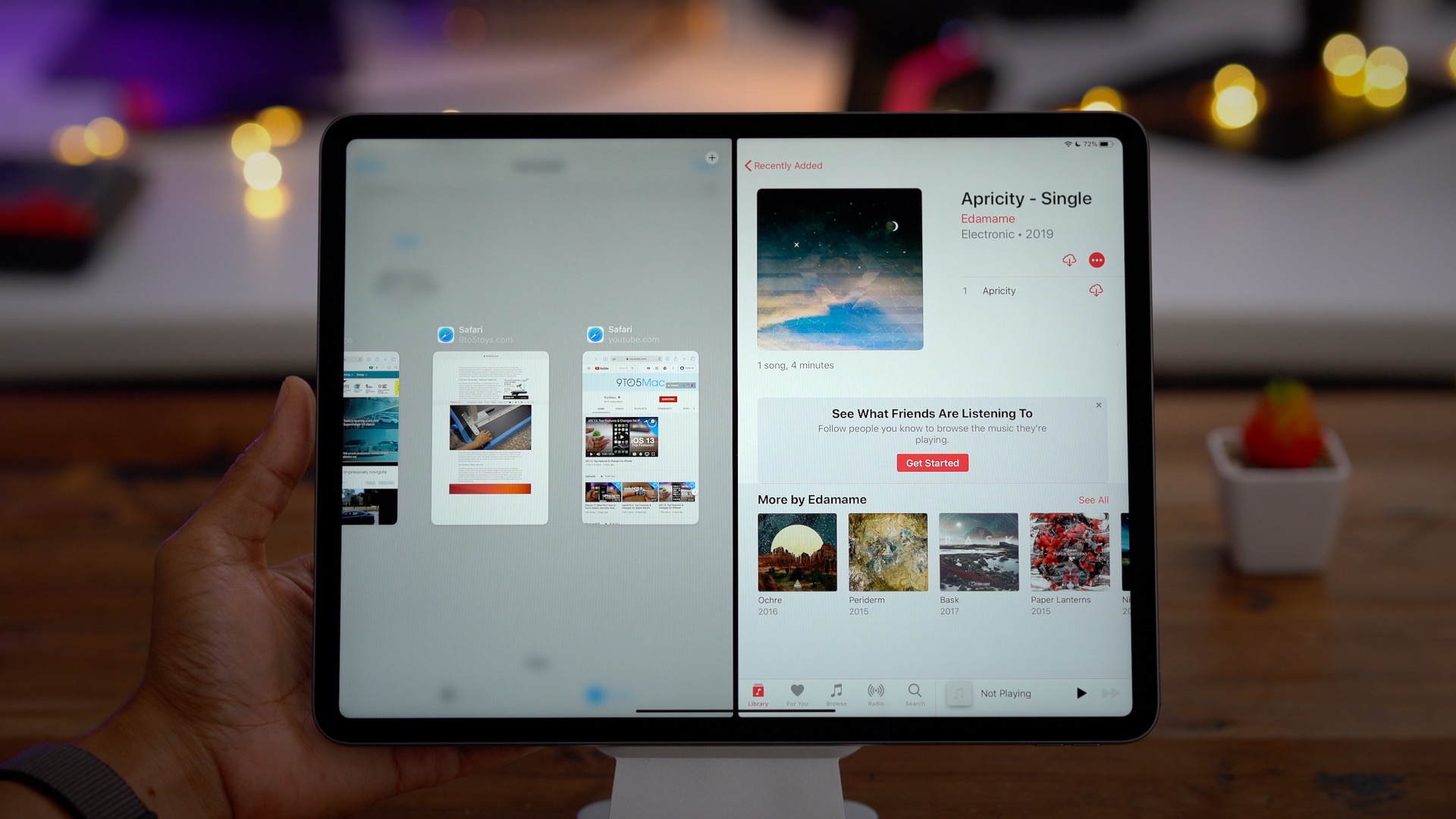 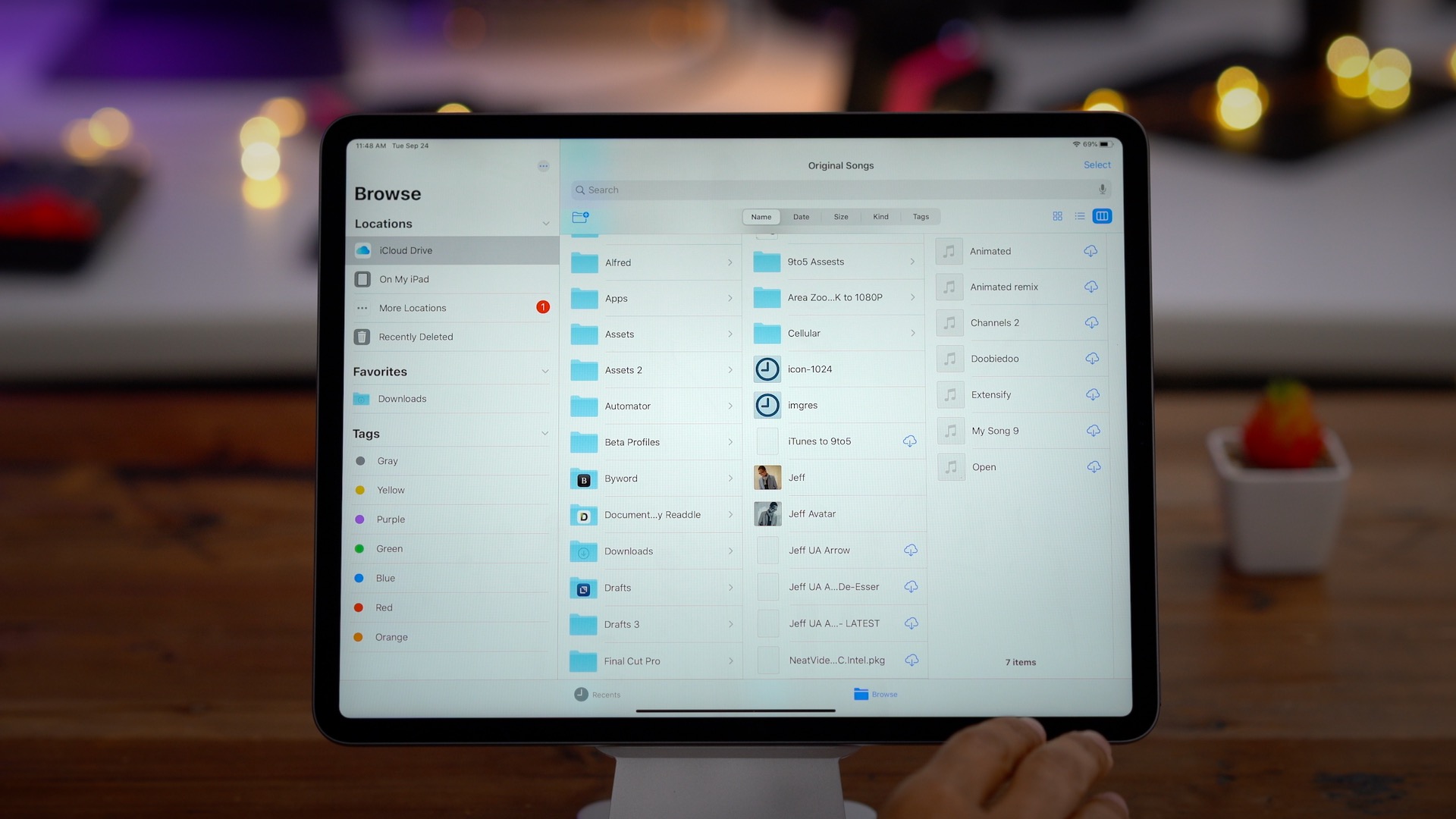 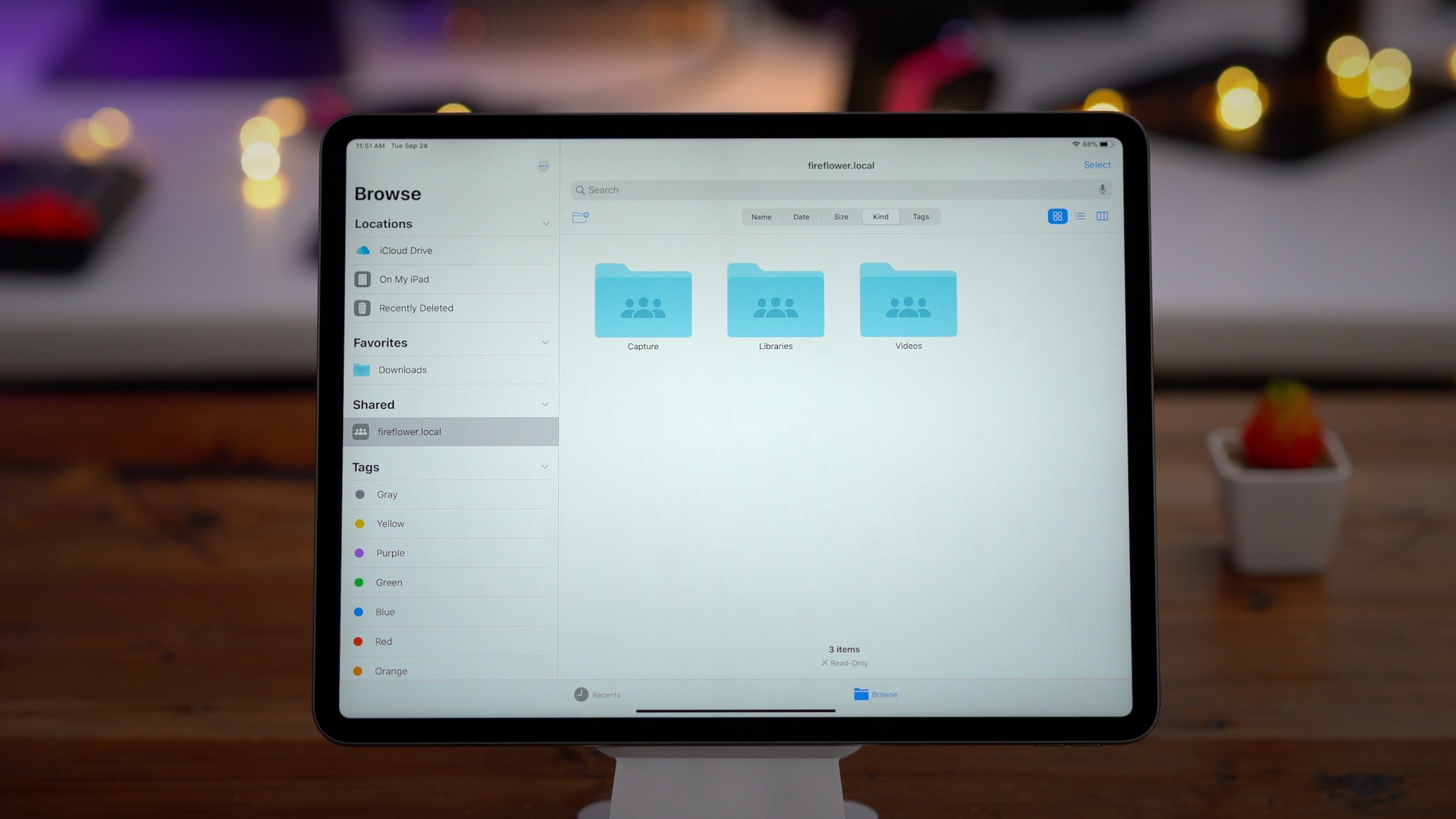 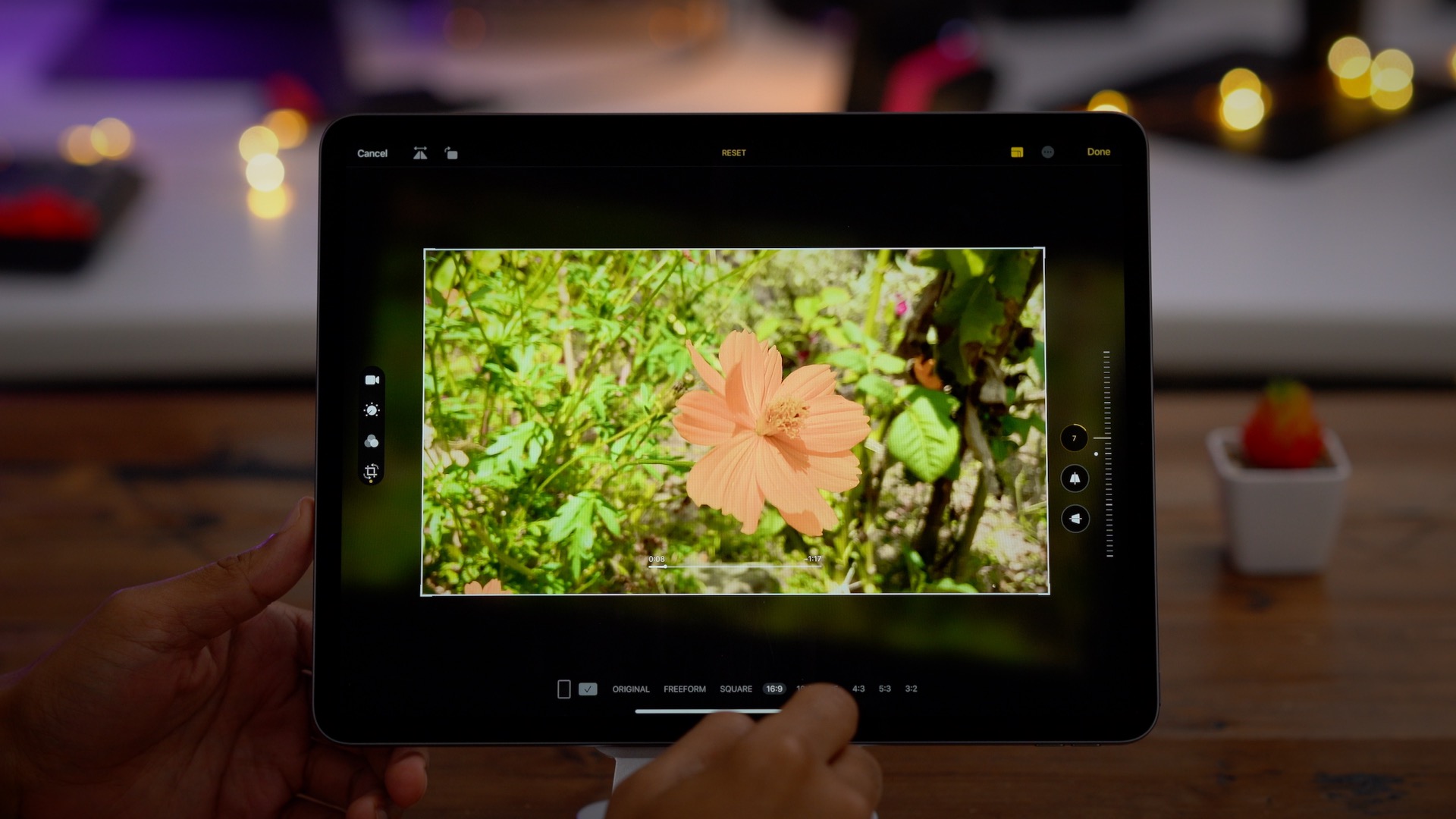 But like the iOS version of Photos, it’s the new editing tools that prove to be the most remarkable new Photos app feature. Not only will you find new tools for photos, but most of the robust photo-editing toolset is now available for editing videos for the first time.

Thanks to advanced prediction algorithms in iPadOS13, the Apple Pencil gets reduced latency as low as 9 milliseconds. Apple says that the reduced latency will make Apple Pencil input feel all that more natural and instant, and will benefit everyone from casual notetakers to serious graphic illustrators.

With iPadOS 13 you can capture a screenshot of an entire document, email, or web page, and add mark it up with or without the Apple Pencil. The markup interface now includes a new pixel eraser, that allows you to erase pixel by pixel instead of being forced to erase a full stroke. 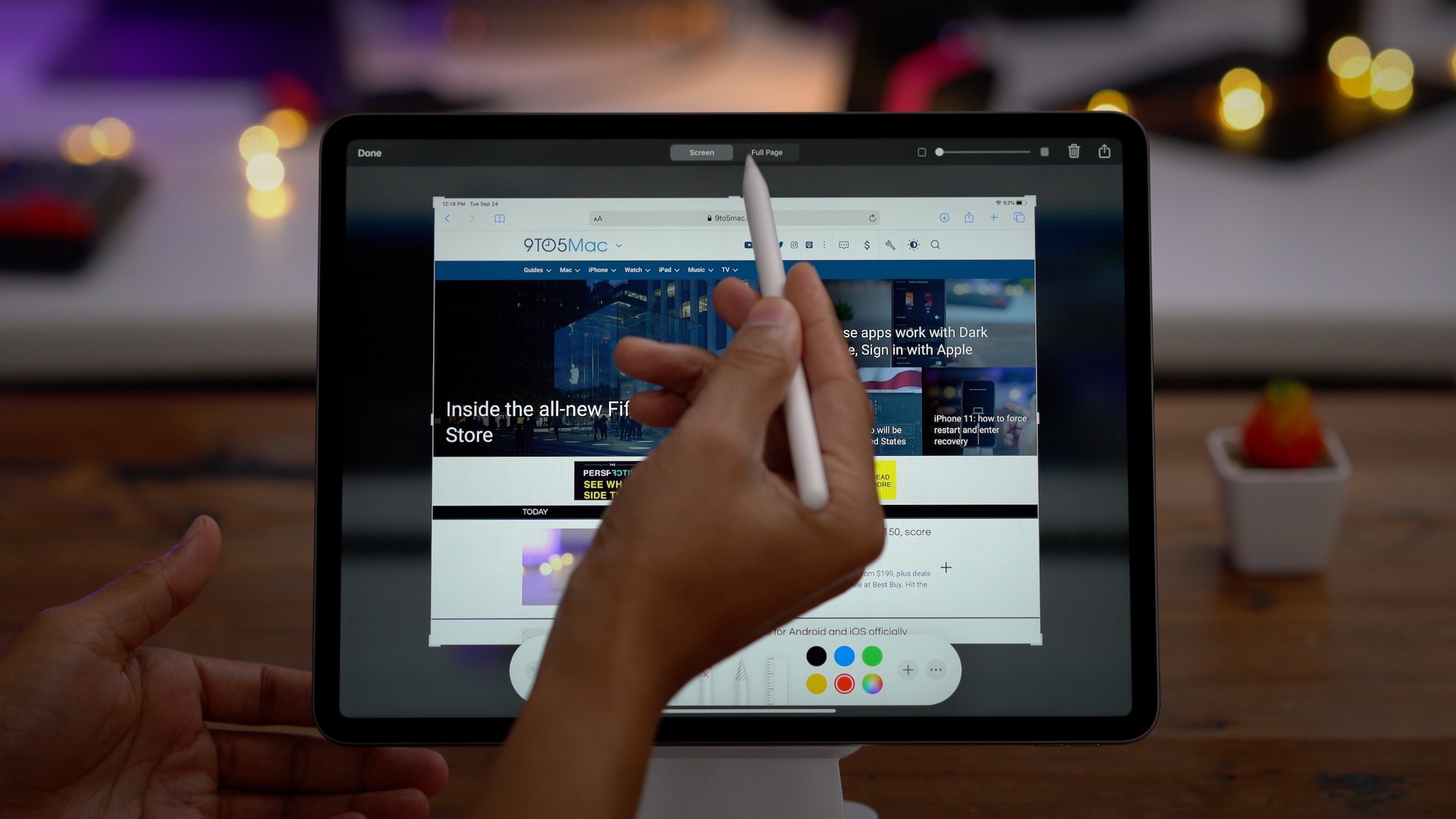 Dark Mode is the flagship feature for this year’s iPhone software update, and iPad users get to enjoy it as well as a part of iPadOS 13. Dark Mode, as we explained in detail during our iOS 13 video walkthrough, makes it easier to use your device in dimly-lit or dark environments. 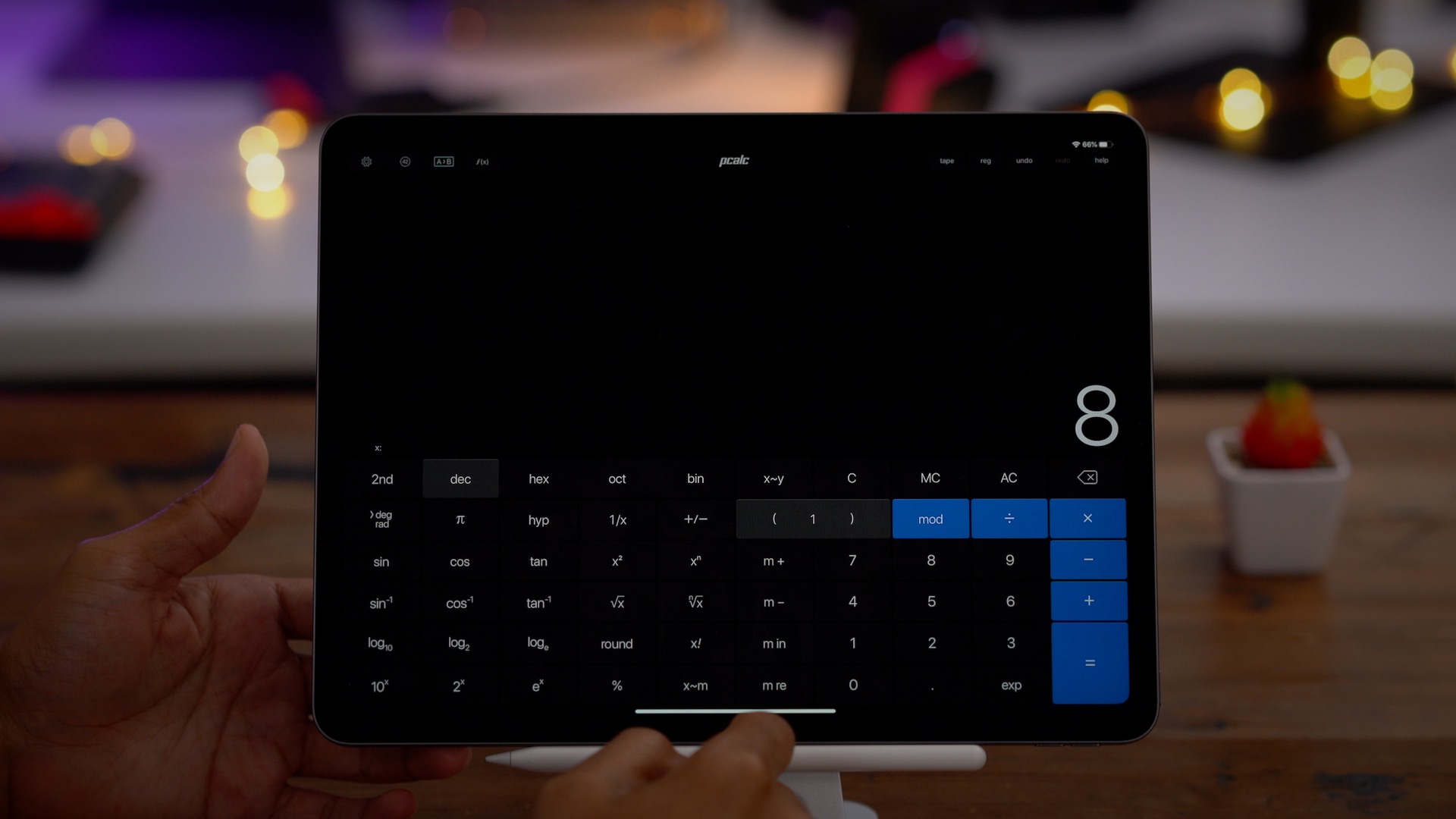 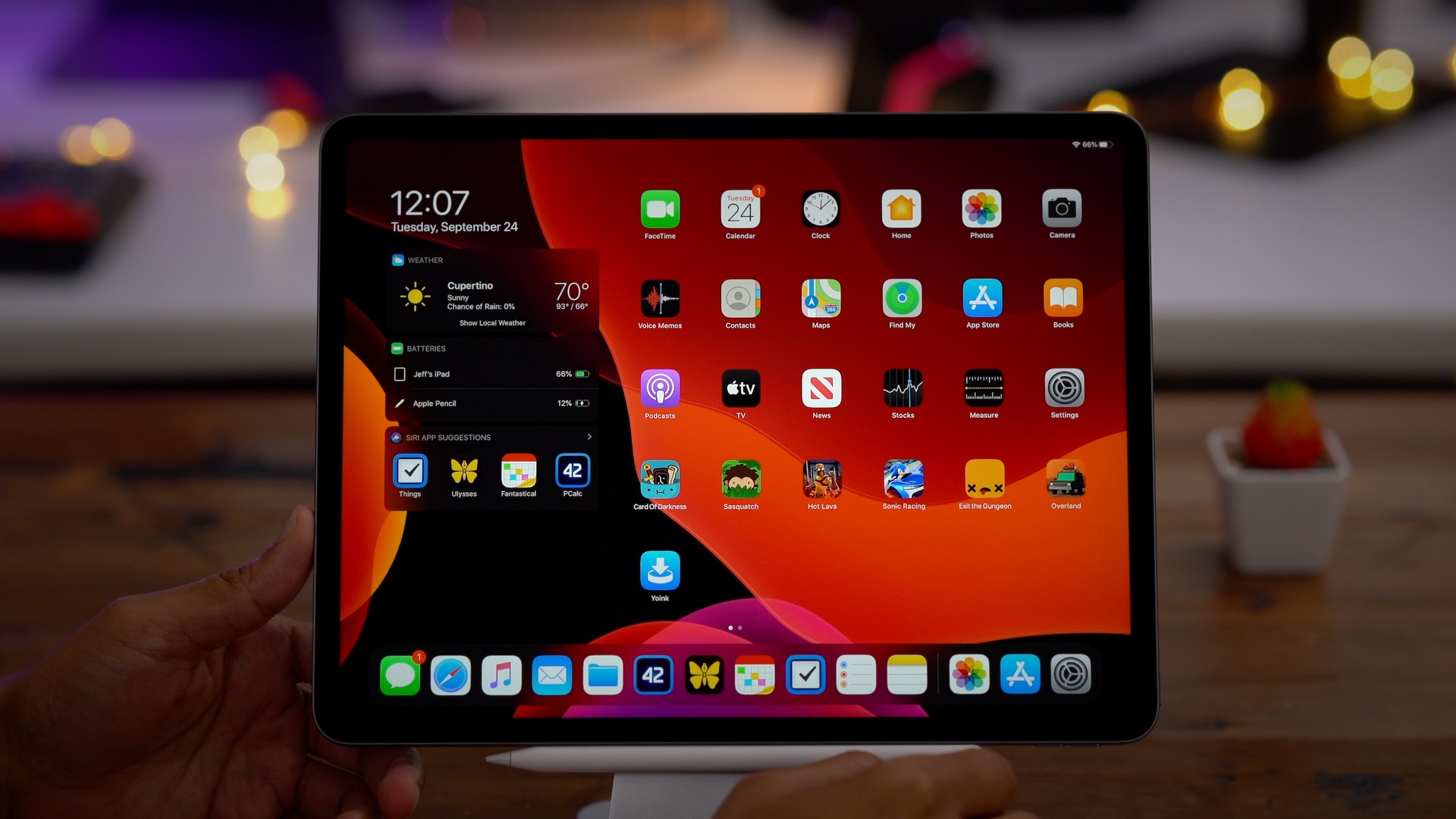 Like on the iPhone, Dark Mode on iPad can be enabled via Settings → Display & Brightness, via a handy Control Center shortcut, or via Siri.

The iPad never gained support for 3D Touch, a shortcut mechanism used by firmly pressing on the iPhone’s display, but now that Haptic Touch has replaced 3D Touch on the iPhone, the iPad gets to join in on the fun.

It’s a little bit of a misnomer to call iPadOS’ implementation of the feature Haptic Touch, considering there are no haptics to be found on the iPad. Essentially, it’s nothing more than a long press gesture. 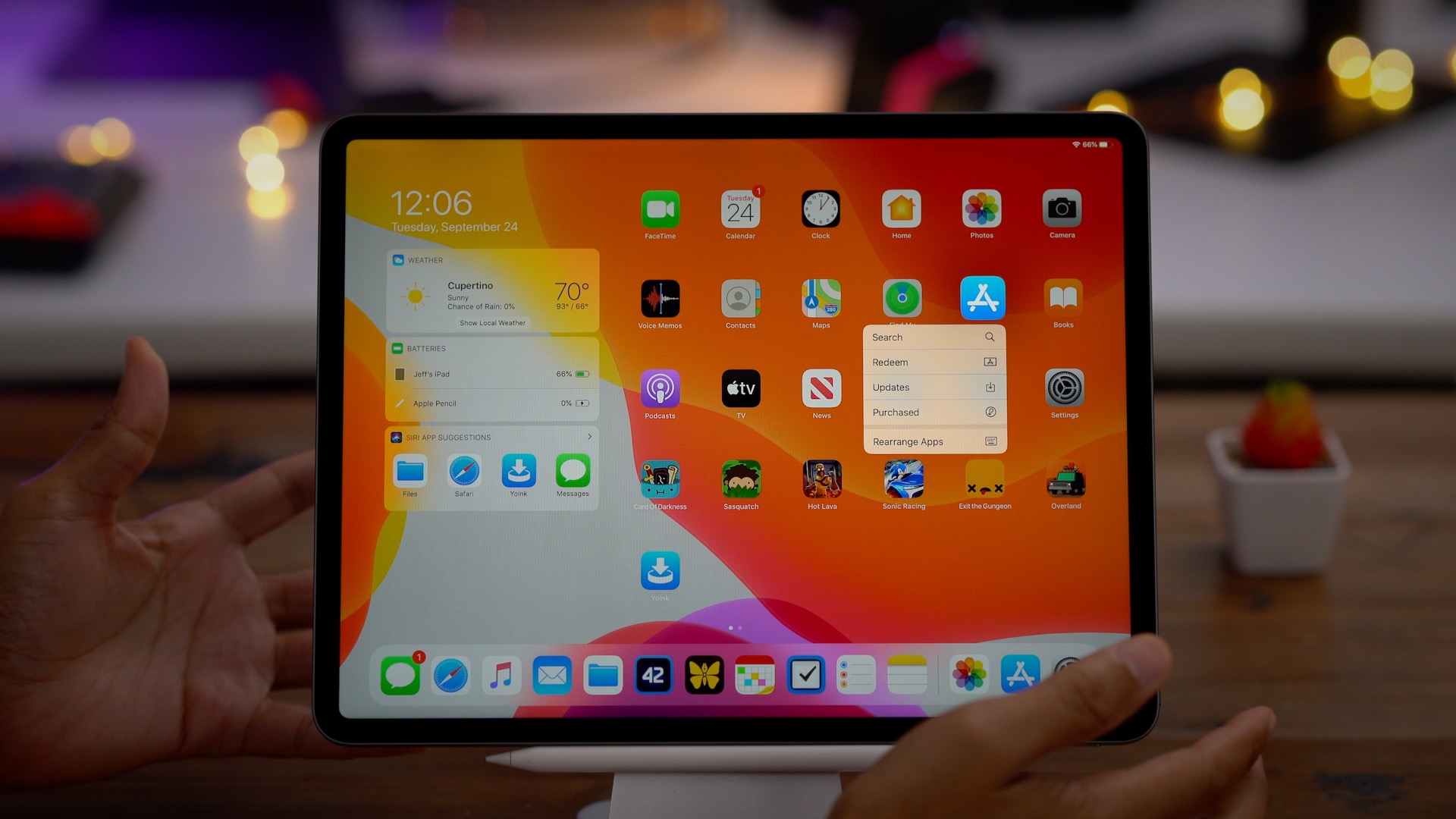 As a poor man’s man’s 3D Touch, it’s a good enough compromise that allows users to access Quick Action shortcuts from the Home screen, something that was unavailable to iPad users up until now.

We demonstrated the new three-finger gestures for cut, copy, paste, undo, and redo during our iOS 13 Top Features video walkthrough, but as we noted, such gestures are much better suited for the larger iPad display.

Apple Arcade launched last week for the iPhone, but the iPad is unquestionably the better platform for games due to its larger screen and better speakers. The good news is that your Apple Arcade subscription will work across multiple Apple platforms, including the iPad. That means that you can start a game on your iPhone, and pick right up where you left off on iPad. 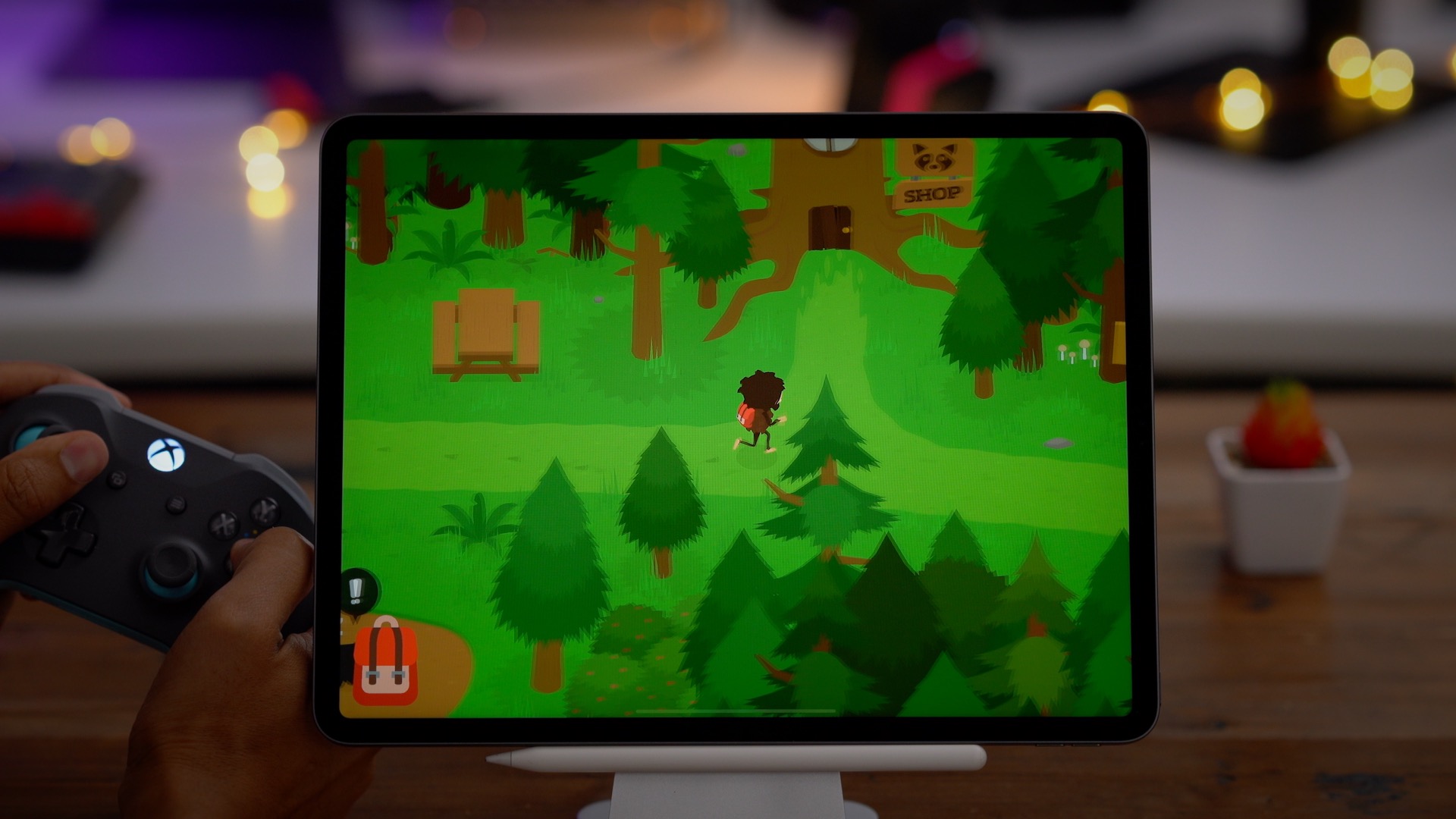 Like the iPhone, the iPad gets Xbox and Playstation 4 Bluetooth controller support in iPadOS 13. With an Apple Arcade subscription and a controller of your choice, you can easily turn your iPad into a bonafide portable gaming console.

The iPad has supported physical keyboards since its debut back in 2010, but it took nine years before Apple decided to add support for using mice. Mouse support is a welcome, albeit limited, new accessibility feature in iPadOS 13. It allows you to use a mouse as a pointing device to navigate and interact with your iPad as if it were an extension of your finger. 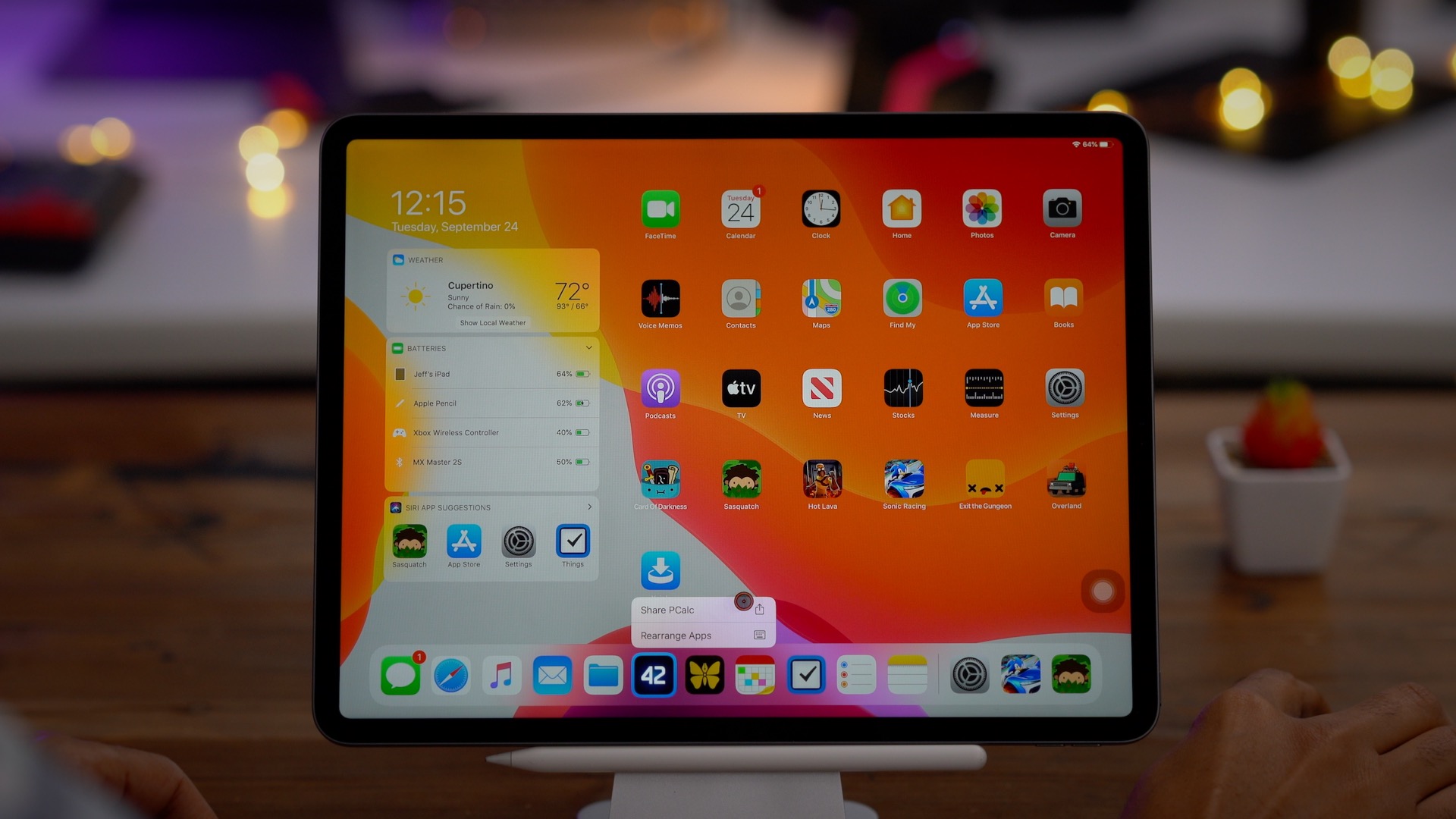 As buried as the feature is within iPadOS’ settings, it’s clearly evident that Apple isn’t intending for mouse input to supplant traditional touch style input anytime soon. That said, I’m impressed by how well mice work in iPadOS.

One of the big new features to come to iPadOS is Sidecar support for macOS Catalina. Sidecar will also you to extend your Mac workspace by using your iPad as an external display with Apple Pencil support. We’ll have a deeper look at Sidecar support once macOS Catalina launches in October.

iPadOS 13 is the biggest release in the iPad’s 9-year history, because it allows the hardware to finally step out of the shadow of iOS, and venture out on its own a little bit. The iPad will likely never forget its iOS roots, but by diverging the iPad and iPhone software, it allows the iPad to grow in new ways that previously weren’t possible. With this being just the first edition of iPadOS, I’m extremely excited to see what Apple is planning for iPadOS 14 and beyond.

What’s your take on our top new iPadOS 13.1 features? Sound off in the comments below with your thoughts, and be sure to take a look at our other video walkthroughs of Apple’s big 2019 software releases.