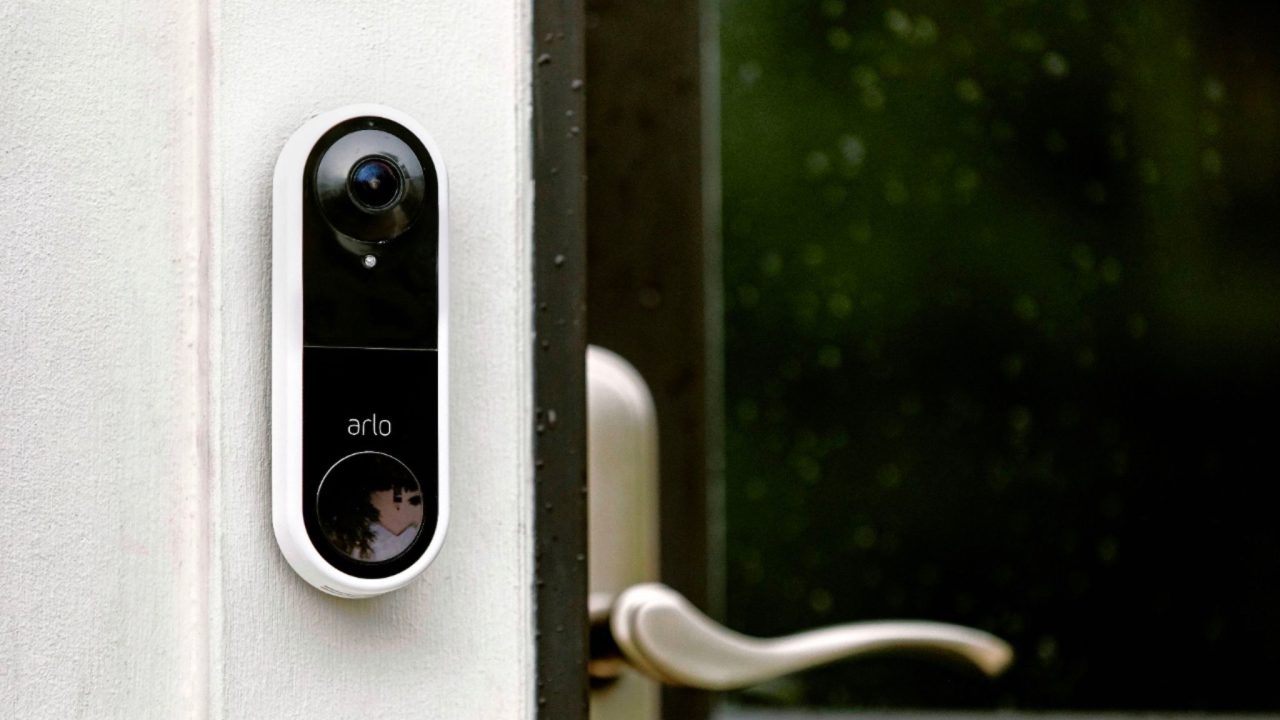 Arlo is set to expand its smart home lineup with a new Arlo Video Doorbell. The existence of this doorbell was first reported back in April, and now a new press image has leaked ahead of its release thanks to ZatzNotFunny.

The Arlo Video Doorbell can be seen above with a tall and narrow form factor housing a button alongside the camera. The camera itself is said to support Full HD video with a wide field-of-view and two-way audio conversation. The design is very similar to the Google Nest Hello.

This isn’t Arlo’s first foray into the smart doorbell market. The Arlo Video Doorbell is the followup to the Arlo Audio Doorbell, which is simply a doorbell with a built-in microphone for two-way communication.

Arlo itself confirmed the existence of its Video Doorbell in a press release back in April. Shortly thereafter, an image of the doorbell also leaked.  Today’s image is the first time we’ve seen what it looks like installed and ready for use.

In addition, Arlo’s future lineup will be expanding to include a new video doorbell with 2MP Full HD video quality, wide field-of-view and crystal-clear two-way audio, all-in-one unit for those that prefer a unified video and audio smart entry solution. For added ease and versatility, the new video doorbell can connect to existing digital and mechanical door chimes.

There are still quite a few unknowns about the Arlo Video Doorbell, however. For instance, we still don’t know how much it will cost, or if it will support HomeKit. Arlo does support HomeKit on some of its other products, so there is precedent for that. Arlo also just released the Arlo Pro 3 Camera System, which doesn’t support HomeKit initially but will add it later with a software update.

What do you think of the Arlo Video Doorbell? Let us know down in the comments!