Pinterest updated for iOS 13 with support for Dark Mode 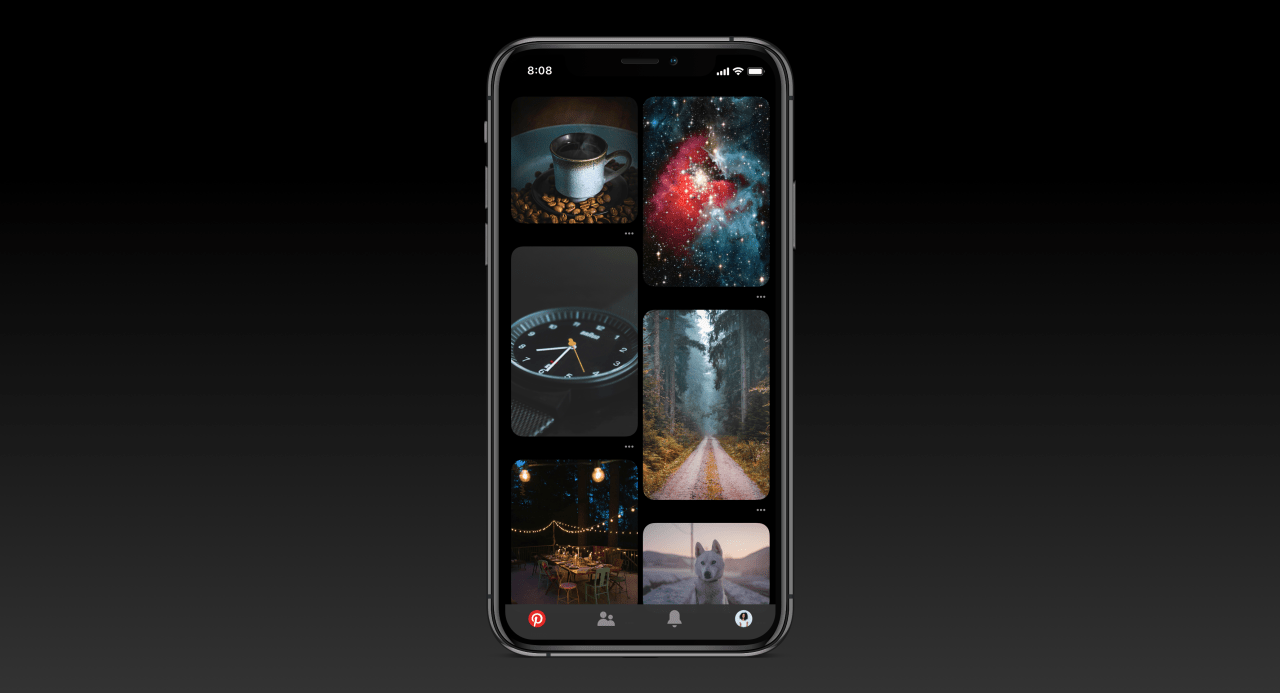 Dark Mode continues to make its expansion to the most popular iOS apps following the release of iOS 13. Pinterest for iOS has been updated today with support for Dark Mode, joining countless other applications in doing so thus far.

Pinterest says that since the Dark Mode trend began, it has been one of the most common requests from users. With today’s update, Pinterest now fully integrates with iOS 13’s Dark Mode feature.

This means Pinterest adheres to the system setting and seamlessly switches back and forth between light and dark. Pinterest previously started rolling out Dark Mode on iOS, but now it’s available for everyone.

We’ve also heard though, that the white background can be too bright when they’re winding down with recipes, dream travels and latest fashion finds. When we’re building new products, we look to requests from Pinners, and dark mode has been at the top of the list.

And so we’re giving Pinners around the world the option to flip Pinterest to dark mode, which can be easier on the eyes, better for nighttime browsing and in some cases, helpful with battery life