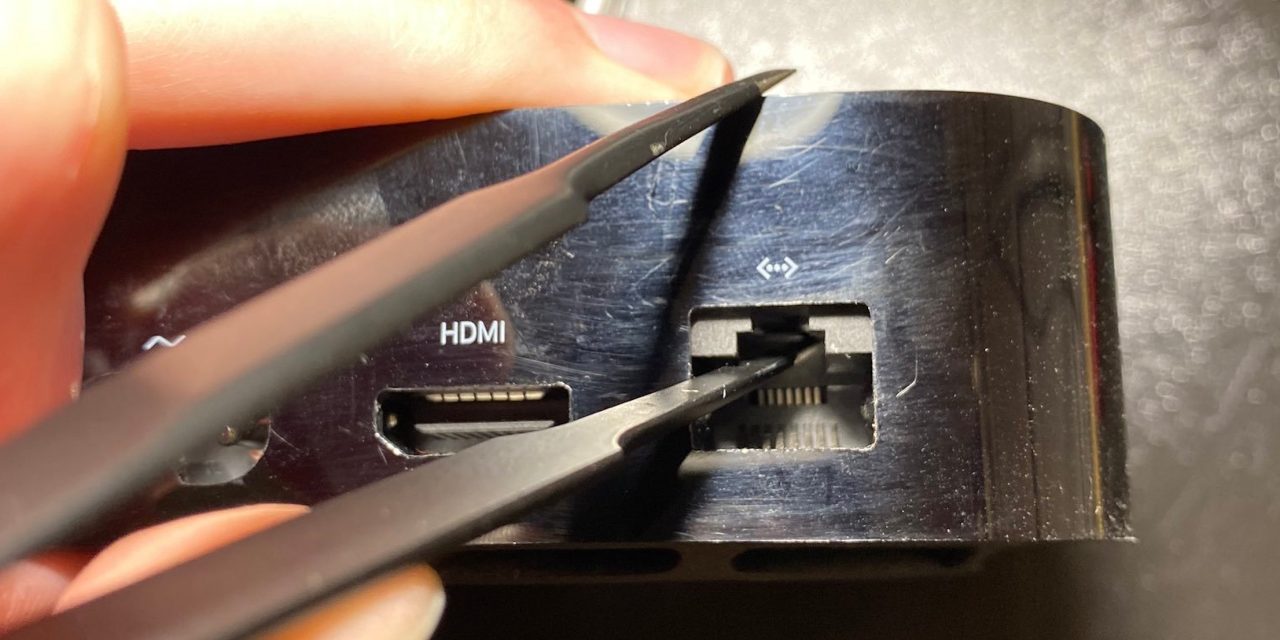 As it turns out, the Apple TV 4K includes a hidden Lightning port. This discovery was first made on Twitter by Kevin Bradley, better known as nitoTV on Twitter. This could lead to access to the Apple TV 4K’s firmware.

While earlier Apple TV models had Micro USB and USB-C, the Apple TV 4K dropped all outwardly-facing ports other than Ethernet and HDMI. Under the hood, however, there’s a hidden Lightning port, as Bradley discovered.

The Lightning port is hidden in the ethernet connector on the Apple TV 4K. Bradley teased on Twitter:

None of us looked THAT closely to the hardware of the AppleTV 4K and the magic locked in the ethernet port until fairly recently.

Ultimately, it’s not really clear what the Lightning port discovery could mean. One thing it could lead towards is the expansion of jailbreak capabilities for the Apple TV 4K, though Bradley cautions:

One of the more logical explanations for the port is that it’s simply there for Apple to use for debugging, as Steve Troughton-Smith pointed out. Apple has a history of hiding ports on its products designed purely for service, diagnostics, and support.

You can read more about the Lightning port discovery on the Twitter accounts of Steve Barker and Kevin Bradley.