Photoshop for iPad should be released soon with missing features 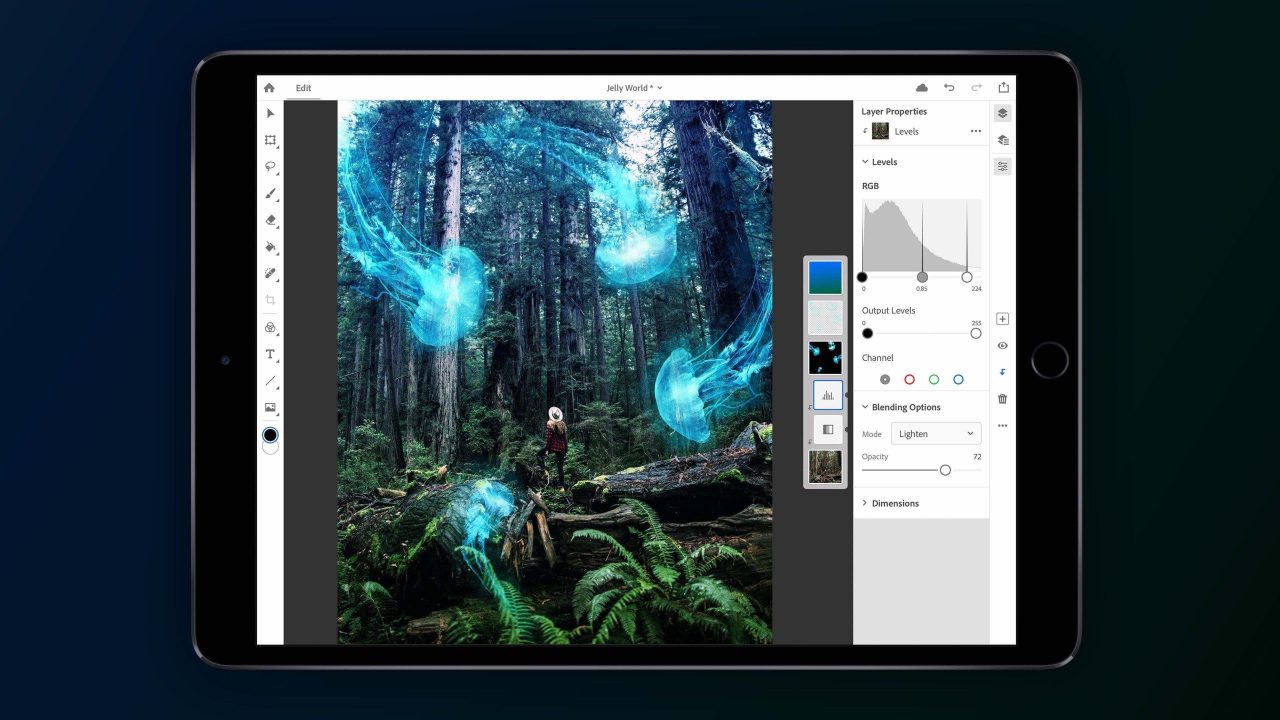 Adobe first announced Photoshop CC for iPad in October 2018. Since then, we’ve seen little information about the app beyond a quick demo at an Apple special event. According to a Bloomberg report today, the famous photo editor should be available for iPadOS very soon. However, several features will be missing in this first release.

Some people were invited in August by Adobe to try out the beta version of Photoshop for iPad. These users told Bloomberg that the application is quite incomplete, compared to what the company promised last year. Key features of Photoshop CC, such as filters, pen tool, custom paintbrush libraries, vector drawing, color spaces, RAW editing, smart objects, layer styles, and options for mask creation will not be available on iPad for now.

So far, beta testers and professional users have said they are disappointed by the new Photoshop app made for iPad. Adobe promised that Photoshop for iPad would be “the real Photoshop,” as the tablet version would have almost all the features in the desktop version. But one of the beta testers compared Photoshop for iPad with other photo editing apps for iOS, including Procreate and Affinity, and he said Adobe’s tool is inferior.

Adobe has confirmed to Bloomberg that the app will actually be released without some important features, but they will be added later with updates. Scott Belsky, chief product officer of Adobe’s Creative Cloud division, said they’re working hard with Apple to deliver a powerful app for iPad users, but apparently this will take longer.

With the Photoshop for iPad, users will be able to work seamlessly across devices, so you can create a project on your Mac or PC and continue editing the same document on the go with iPad. Everything will be synchronized to the cloud, as the app will be available as part of an Adobe Creative Cloud subscription.