Today Apple officially released iOS 13.4 and iPadOS 13.4. Although its version number indicates that this is an incremental release, coupled with the upcoming release of the Magic Keyboard for iPad Pro, it’s actually one of the biggest updates for the iPad that we’ve seen in quite some time.

The big news in iPadOS 13.4 is the arrival of advanced mouse and trackpad support for the iPad, features that 9to5Mac reported about in advance. Users can now pair a Magic Trackpad 2, Magic Mouse 2, or other third party pointing devices via Bluetooth, and instantly change the way they use their iPads.

Although the most outstanding things about this update are the aforementioned iPad changes, the iPhone gets some love as well. New features include the long-awaited release of iCloud Drive Folder Sharing, new Animoji Stickers, and more. Watch our brief hands-on video walkthrough as we discuss what’s new in iOS 13.4

One of the most anticipated new enhancements is the arrival of iCloud Drive Folder Sharing. This feature was first revealed back in June 2019 with the initial beta release of iOS 13. It’s disappeared and reappeared in subsequent beta releases, but now it’s here for good in iOS 13.4.

iCloud Drive Folder Sharing, as its name indicates, allows users to share entire iCloud Drive Folders similarly to how DropBox users can share DropBox folders. You could previously share an individual file via iCloud Drive by selecting the Add Person option in the share menu, but now you can do the same thing for entire folders. 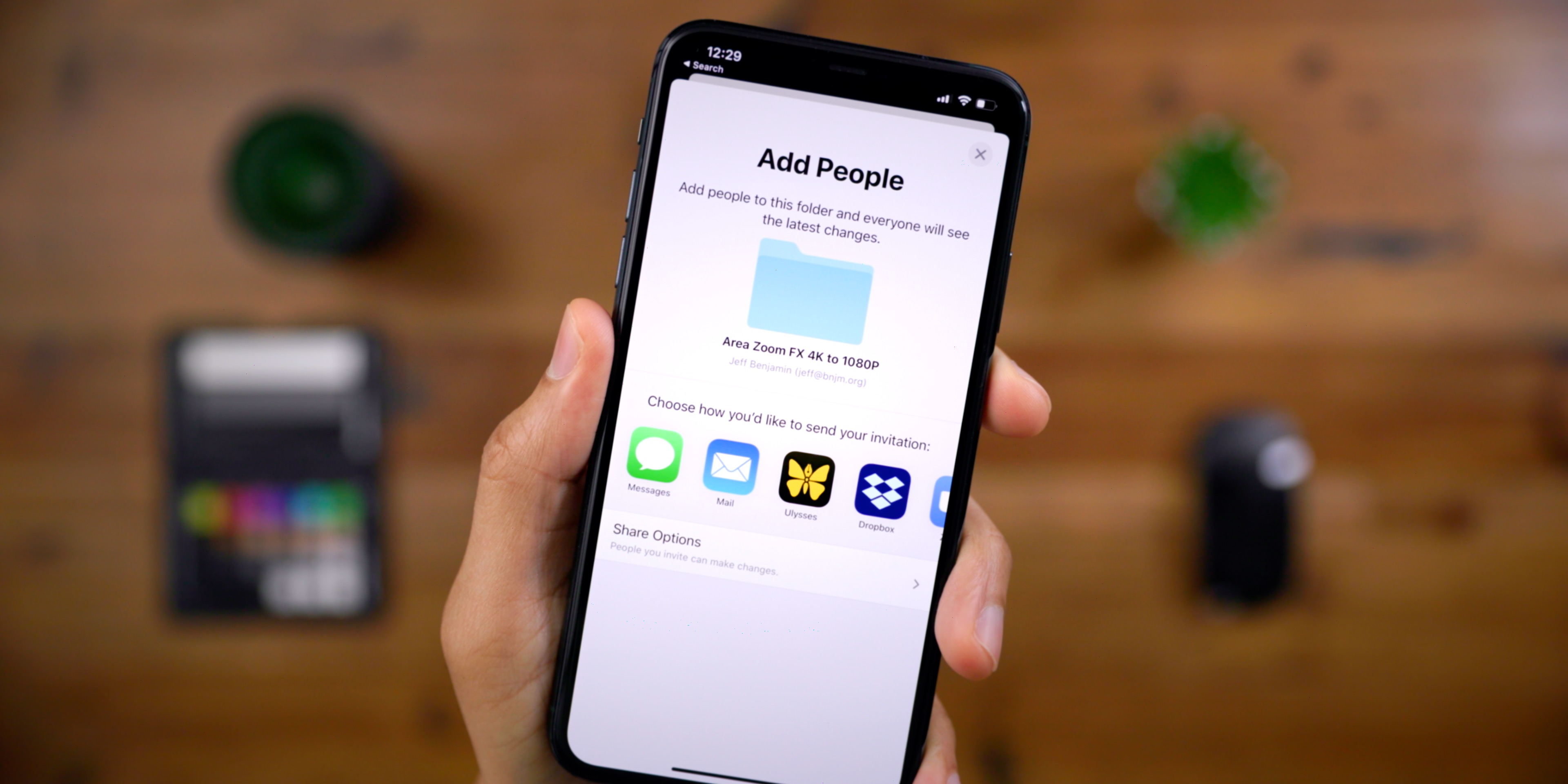 The addition of iCloud Drive Folder Sharing brings a convenience factor that’s been missing from iCloud Drive thus far. Although its arrival has been delayed, I’m sure many iOS users will readily welcome it into their workflow.

Mail app gets a fix

Another noteworthy feature is the updated Mail app tool bar, which has essentially reverted back to the way it used to function in iOS prior to the arrival of iOS 13. No longer does Apple place the Delete and Reply buttons right next to each other, which made it all too easy to accidentally delete an email you were intending to reply to.

In iOS 13.4, the tool bar includes four buttons, Delete, Move, Reply, and Compose. This layout eliminates unnecessary steps and lessens the chance of mixing up the Delete and Reply buttons in the process. I never understood why Apple felt that it needed to change the tool bar, but at least they realized it was a bad decision. 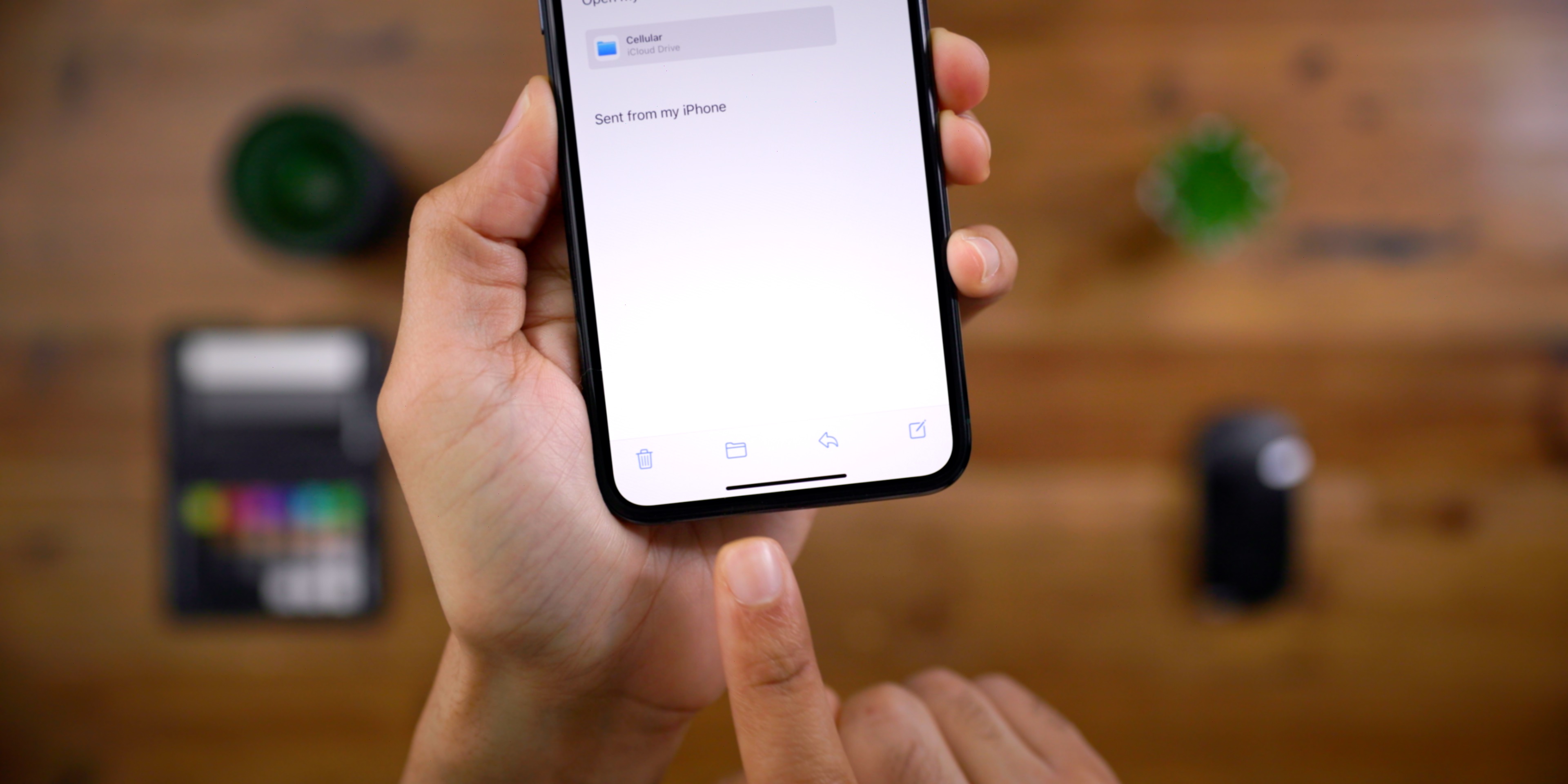 There are other new features in iOS 13.4, such as the nine new Memoji stickers, and the ability to configure a Shazam action in the Shortcuts app. But as mentioned at the outset, the iPad steals the show with the release of iPadOS 13.4 and its accompanying mouse and trackpad support.

The addition of mouse and trackpad support means that users finally get access to laptop-like pointer functionality, featuring the precision and speed that make trackpads and mice so desirable.

As you’ll note in our hands-on video walkthrough of iPadOS 13.4 pointer functionality, pairing a mouse or trackpad is simple, and using a pointer in iPadOS doesn’t feel bolted on, but feels relatively seamless and intuitive. It’s not perfect, and some of the gestures, such as when showing or hiding Slide Over windows, could be a little smoother, but it’s nonetheless extremely impressive overall.

Video: Mouse and Trackpad tips and tricks for iPad

Special thanks to Hyper for sponsoring 9to5mac. Get the Hyper USB-C Hub for iPad Pro today.

Although there won’t be many apps to try initially, iPadOS 13.4 ushers in the ability for apps to access keyboard events. This means that, in addition to the basic keyboard shortcuts that apps can implement, app content can also be controlled directly from keyboard input. For example, imagine making a character jump across a gap using the space bar. 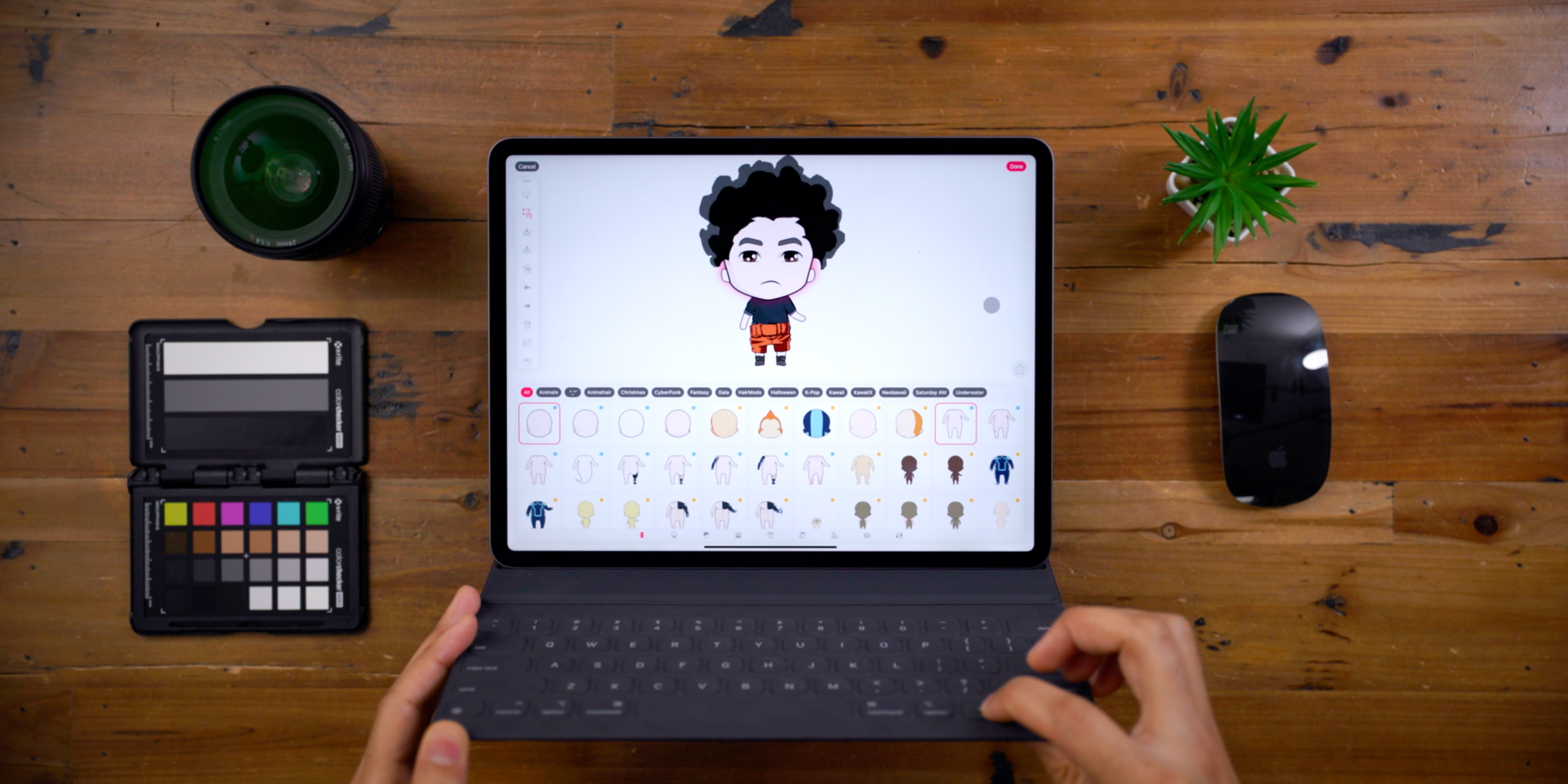 I’ve been able to try 9to5Mac’s Gui Rambo’s fun Chibi Studio avatar maker app to test out keyboard event support, and it worked great. The initial beta update that I tested allowed users to adjust Chibi avatar settings directly from the keyboard. It’ll take time for developers to full take advantage of this new ability, but I think it will have major positive implications for iPad apps going forward.

iPadOS 13.4 introduces for the first time the ability to fully control your iPad with just your keyboard. Full Keyboard Access, an Accessibility setting, features over 50 customizable keyboard shortcuts for fully controlling an iPad with a hardware keyboard.

Users will find basic commands, like moving forward, moving backward, activating a selection, and going back to the Home screen. All of these operations can be customized via a keyboard shortcut. There are even more advanced functions, like invoking Control Center or Notification Center, restarting your iPad, invoking Siri from the keyboard, and rotating the device. 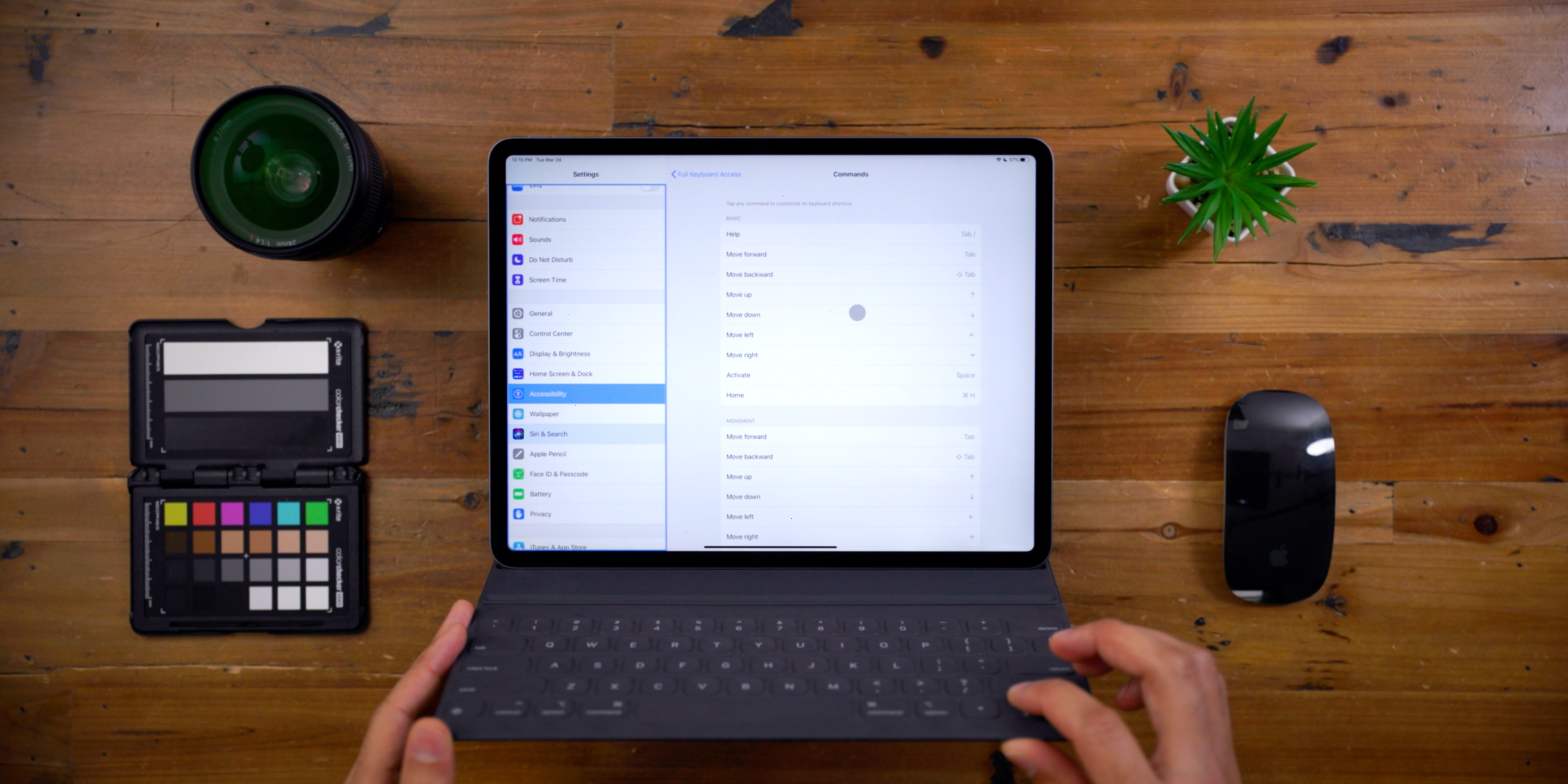 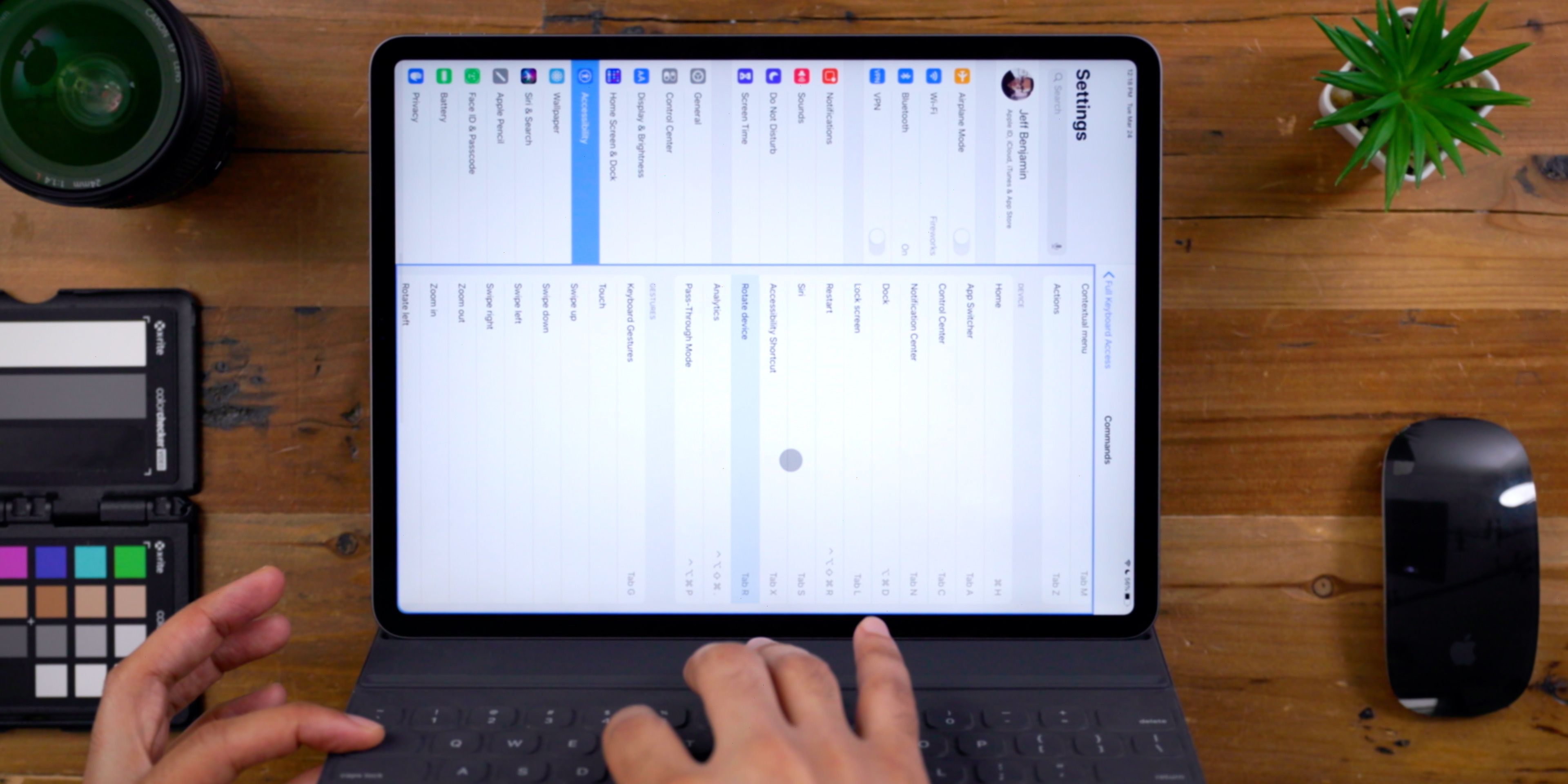 I can see Full Keyboard Access being extremely useful for those with impaired motor skills, but I can also see it being used as a power-user feature of sorts to quickly control areas of the iPad without lifting hands off the keyboard.

iOS 13.4 has quite a few new features that iPhone users will enjoy, but iPadOS 13.4 is a downright game-changer with its mouse and trackpad support. This update will be remembered as the update that truly ushered the iPad closer into laptop replacement territory. It’ll get even better once Apple launches its new Magic Keyboard for iPad Pro next month, and when developers get time to update their apps.

But the truly great thing about iPadOS 13.4 is that it doesn’t just apply to the iPad Pro. Even entry-level devices, like the 7th-generation iPad, stand to benefit immensely from mouse and trackpad support. And third-party accessory makers like Logitech are already on board with new keyboards with integrated trackpads for Apple’s cheapest iPad.

What are your thoughts about iOS 13.4 and iPadOS 13.4? What features are your most looking forward to trying? Sound off down below in the comments section with your thoughts on the matter.