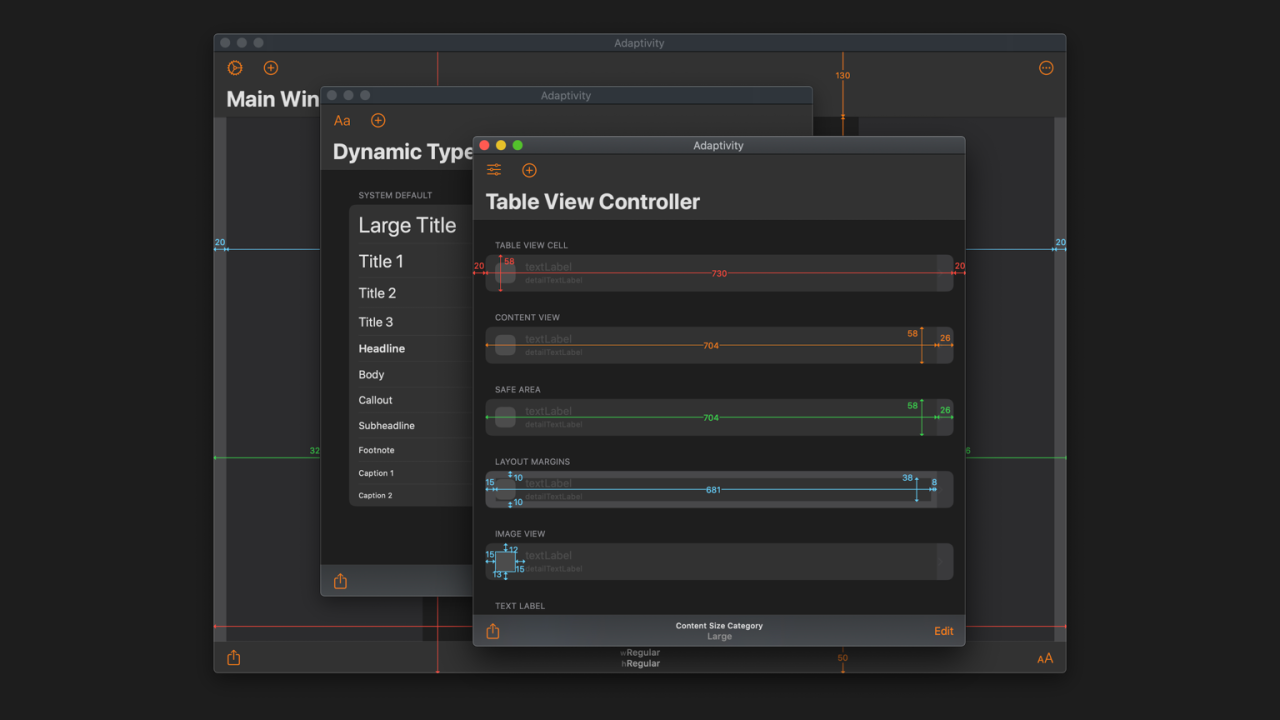 One of the greatest challenges developers face when developing for Apple’s platforms today is adapting the layout of their apps to all available screen shapes and sizes. Most apps need to work from the iPhone SE and its 4-inch display all the way up to the 12.9-inch iPad Pro. With Catalyst, some apps also need to work well on the Mac, where the app needs to function in a small window all the way up to a full screen, which can be way larger than anything on iOS.

Apple offers many technologies aimed to help with that, such as size classes and autolayout, but what’s not offered is a tool to visualize what those size classes, margins, safe areas, and other metrics look like on real devices and how they change with respect to orientation, iPad Split View, dynamic type, and other environmental factors.

Developer Geoff Hackworth created Adaptivity (A) as a tool to do just that. The app has been available on iOS and iPadOS for a long time, and today it’s also available on macOS, thanks to Catalyst. Geoff says he’s deliberately avoided making any changes to make the app more Mac-like, since the whole point of the app is for developers to visualize the default system margins and other metrics — when there aren’t a lot of customizations.

Adaptivity (A) is available on both the iOS and Mac App Stores for $3.99. Since it has adopted universal purchases, buying it on one platform makes it available on all platforms with a single purchase.