Tech coronavirus roundup: from an Orwellian app, to preventing face-touching 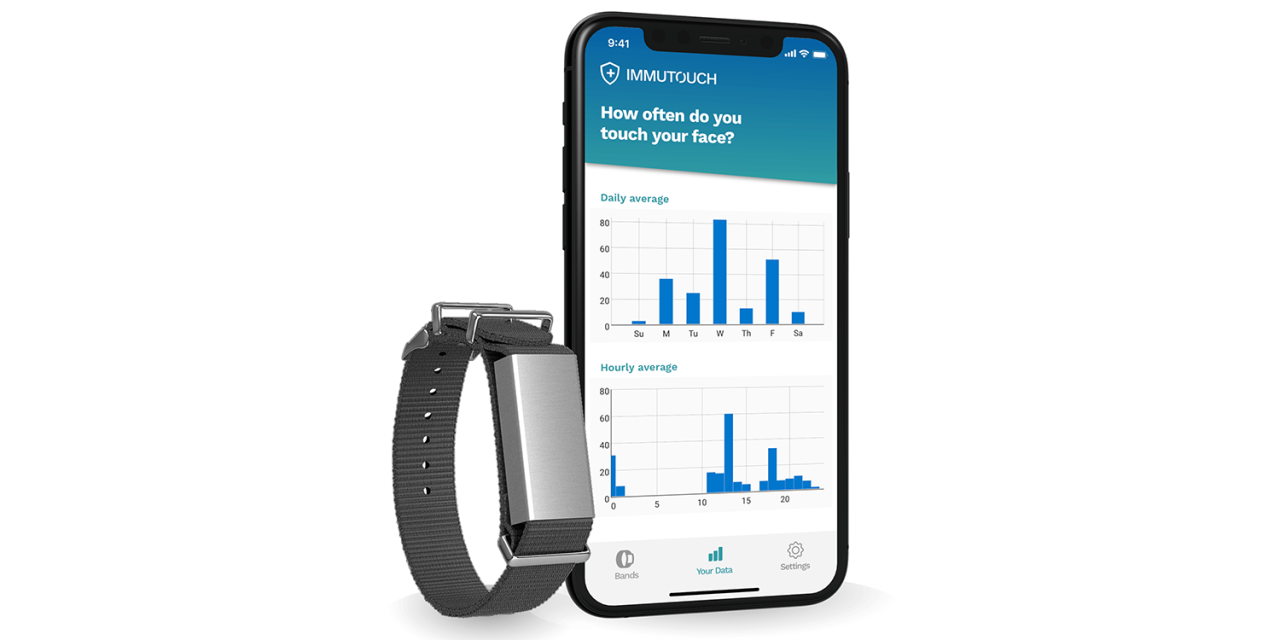 The push for contact tracing apps continues with a joint initiative in Europe and a rather more authoritarian app launching tomorrow in Russia.

We recently outlined how contact tracing works, and described an option for a privacy-respecting version that could potentially be baked into iOS and Android for near-universal coverage…

Reuters reports on a new plan:

European scientists and technologists said on Wednesday they will launch a joint initiative to support the deployment of digital applications in the fight against coronavirus while complying with the region’s tough privacy laws.

An Orwellian app in Russia

Separately, Reuters says that Russia is tomorrow launching a Chinese-style app that makes sure people follow instructions to remain at home, and which enables police to demand sight of a QR code showing that people are permitted out.

On Wednesday, a Moscow city official said authorities had developed a smartphone app for residents who have contracted the virus that would allow officials to monitor their movements. The app will be available from Thursday, the official, Eduard Lysenko, told the Ekho Moskvy radio station.

The Russian capital is also preparing to roll out a QR-code system where each resident that registers online will be assigned a unique code that they can show to police officers if stopped when going to the shop or the chemist, he said.

Researchers are trying to find out whether a “smart ring” could assist in early diagnosis of COVID-19. It wouldn’t test for the virus or antibodies, but would measure read vital signs and link to a smartphone symptom-checking app. CNET explains:

A new study from the University of California, San Francisco, is using a smart ring called Oura to determine whether data such as body temperature, along with as a daily symptom survey, may be able to detect the early onset of COVID-19 […]

The ring is able to track vitals such as heart rate and respiration rate from a finger. What makes it different from many other wearables is that it can also take body temperature readings through the day and night, then average that down to the minute.

Call for Comcast unlimited broadband to be permanent

Comcast has removed broadband caps for two months, and early signs are that the network has no problem accommodating the extra usage. ArsTechnica’s Jon Brodkin argues that this proves it was always a money-making exercise, and that the removal of the caps should be made permanent.

Comcast, the nation’s largest cable and home-internet provider, described the pandemic’s impact as ‘an unprecedented shift in network usage’ but not one that diminishes Comcast’s ability to provide sufficient Internet bandwidth. ‘It’s within the capability of our network; and we continue to deliver the speeds and support the capacity our customers need while they’re working, learning, and connecting from home,’ Comcast said […]

Comcast and other ISPs could drop the caps permanently and still have a way of charging higher rates to heavy users. ISPs have for many years charged different prices for different speed tiers — you pay more to get more megabits per second, and those per-second limits do more to control Internet use on a moment-to-moment basis than a monthly cap can.

As Silverman wrote, the pandemic ‘is an opportunity for broadband and wireless providers to rethink the way they treat customers and put the lessons learned in challenging times to work when normalcy returns—whenever that happens.’

Request or offer help in the crisis via Facebook

Facebook is now offering a way to request or offer help with things like shopping or community fundraising.

Today we’re announcing Community Help, a place for people to request or offer help to neighbors, such as volunteering to deliver groceries or donating to a local food pantry or fundraiser. You can access Community Help in the COVID-19 Information Center on Facebook or by visiting facebook.com/covidsupport. We’re starting to roll it out in the US, the UK, France, Australia, and Canada in the next few days, and we’re working to bring it to more countries in the coming weeks.

Being able to order takeaways is particularly handy during a lockdown, but there are times when what you really need is shopping — and normal home delivery slots are like platinum dust at present. Uber Eats is now offering a potential solution, notes the Verge.

This isn’t an entirely new initiative from Uber, which TechCrunch notes trialled similar partnerships in Australia and the UK last year, but it’s fast-tracking the plans.

A wearable to stop you touching your face

Finally, remaining at home as much as possible is the single best thing we can all do to slow the spread of the virus, but the second-best safety measure is to avoid touching our face when we are out and about. Reuters reports on a new gadget designed to help us do that.

In Seattle, brothers Joseph and Matthew Toles and their friend Justin Ith, who own a young company called Slightly Robot, had developed a wristband after college aimed at reducing compulsive skin-picking, nail-biting, and hair-pulling.

When their home city reported its first fatalities from the virus last month, they adapted the design to create a new smartband, the [$50] Immutouch, which buzzes when the wearer’s hand goes near their face.

‘We had the algorithm, we had the software and the hardware. We’ve repurposed it for face-touching,’ Matthew Toles said in an interview. ‘We made 350 devices and a website in one week and now it’s how fast can we ramp up.’