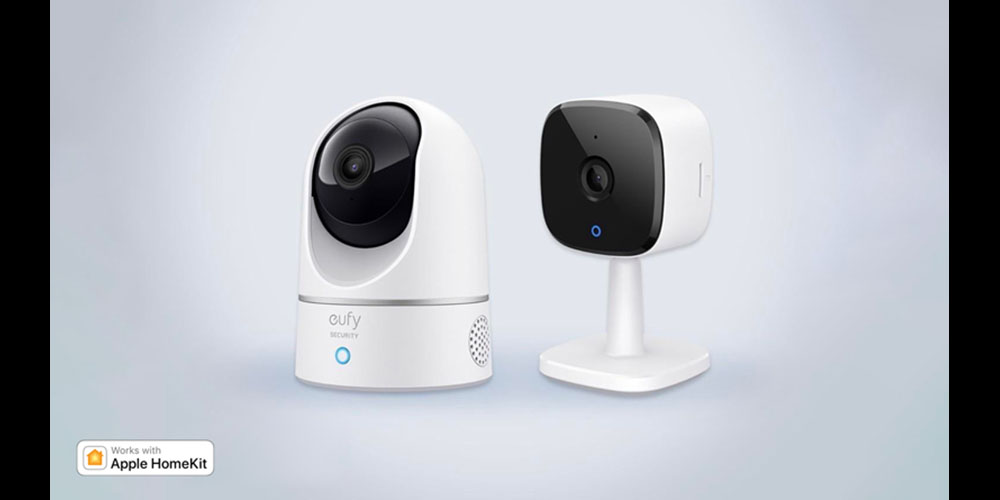 Earlier this week, Eufy started rolling out HomeKit Secure Video support for the eufyCam 2, and it now seems there is a new pan-and-tilt Eufy camera on the way.

If accurate, this would be the first non-static camera from the budget-focused smart home company…

Update 4/3: Reported by HomeKit News, an email from Eufy to customers interested in the new camera says that it will launch the new HomeKit product on April 13th.

Earlier today, we sent out a tweet about a post in the HomeKit subReddit, where user u/KingKarl-TM uploaded what appears to be an offer from Eufy, via their Facebook page, revealing not one, but two indoor cameras, one of which would appear to be capable of pan and tilt functionality. Given the number of doctored images found online these days, it’s prudent to be cautious about such claims, however, Christopher Close from iMore did a bit more digging, and found further evidence of the tilt camera in the Eufy Security app.

Not only does the app reveal the aforementioned camera albeit in ‘beta’, but the existence of a HomeKit code is shown on the base of the device, further pushing this into the realm of being likely to be HomeKit compatible. Stranger things have happened of course, and it wouldn’t be beyond the realms of possibility that such a camera doesn’t actually get released. Still, given that it appears they at some point have promoted these via Facebook (no sign of this now seemingly exists beyond the Reddit post) it does look rather promising.

As we explained previously, there are two levels of HomeKit support for security cameras, and there’s no indication at this stage which the new cameras might support.

HomeKit Secure Video is designed to address the main security weakness with most of today’s smarter cameras. In order to do things like detect people and recognize faces, most cameras upload your video stream to the cloud and carry out the analysis there. That means that unencrypted video is stored on someone else’s server, representing a tasty target for hackers.

With HSV, all of the people, animal, and vehicle detection is performed locally, on your own iPad, HomePod, or Apple TV, and only encrypted video is sent to Apple’s cloud servers.

The situation is, however, complicated by the fact that additional cameras have a more basic form of HomeKit-compatibility, meaning Siri support and motion-triggered actions, but not HomeKit Secure Video.

Eufy offers a range of more wallet-friendly smart home products, including security cameras and robot cleaning devices. A pan-and-tilt Eufy camera would be a welcome addition to the range.