Now you can send and receive Twitter DMs on your Apple Watch, via Jay app 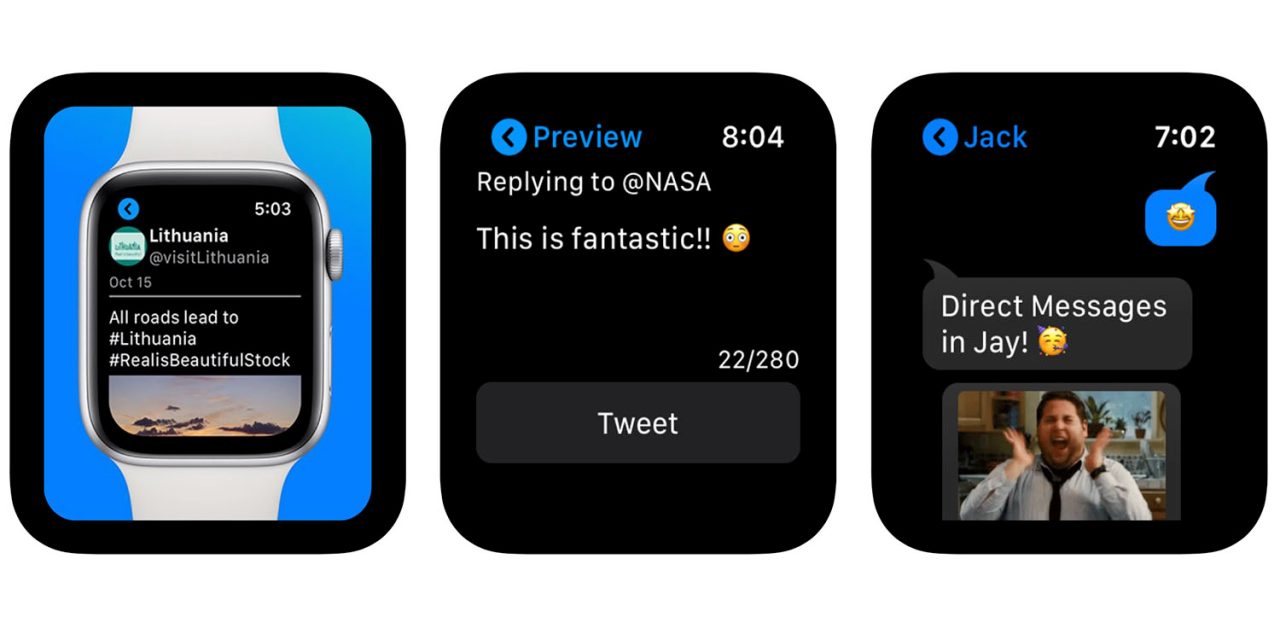 If you’ve ever wished you could read Twitter DMs on your Apple Watch, you’re in luck: the latest update to the Jay app lets you both read and send direct messages right from your wrist …

You asked for it and now it’s finally here!

That’s right, you can now read and send Twitter direct messages straight from your Apple Watch: use Force Touch to open the Context Menu, tap “More” and select “Messages”.

If you’re not familiar with Jay, it’s a pretty full-featured Twitter client available on both iPhone and Apple Watch.

Although reading Twitter on such a tiny screen might not seem ideal, the app does allow you to scroll your timeline on the Watch on occasions when you might not want to get out your phone, then add tweets to the reading list on your iPhone.

Want to see a tweet on a bigger screen? Add it to the reading list on your Apple Watch and read it later in the Jay app on your iPhone.

Similarly, sending DMs on your Apple Watch might not be a common occurrence, but the ability to read them and send a quick reply could be handy.

Jay is a $3.99 purchase from the App Store. If you like it enough to want to pay more, there are three tipping options available as in-app purchases.

It’s not the only direct message news today: Instagram is rolling out globally the option for DMs on the web.