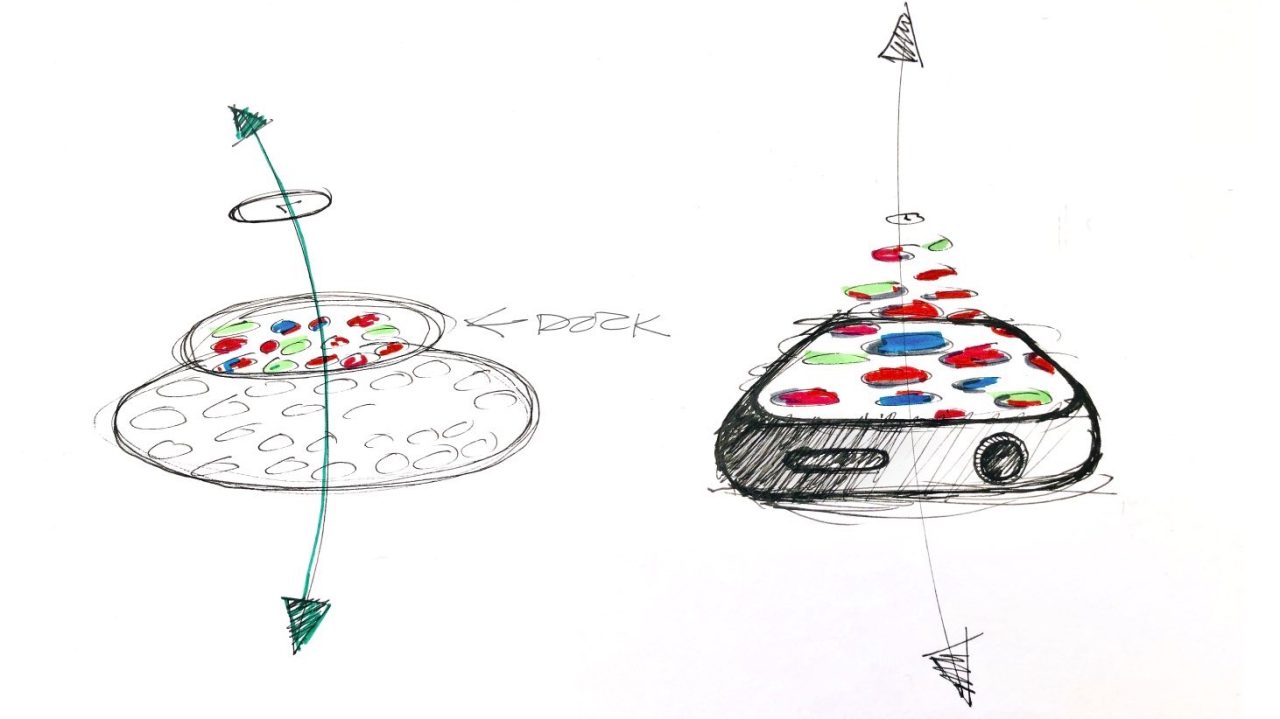 Imran Chaudhri spent over 20 years at Apple and helped create the company’s hero products like iPhone, iPad, and Apple Watch. Now on the fifth anniversary of Apple’s highly successful wearable, Chaudhri has shared some neat details on the history of what went into creating the Apple Watch‘s faces and features.

Chaudri left Apple back in 2017 and is currently working on a company that’s mostly still in stealth mode called Humane who just picked up another Apple veteran, this time its VP of product engineering.

But fondly looking back today, Chaudhri shared the fascinating details about Apple Watch on Twitter today including the original sketch of the UI, the first prototype band, and more (via TechCrunch).

Here’s a shot of the Apple Watch team five years ago on launch day and a reproduction of Chaudhri’s original sketch for the watchOS home screen.

here’s a reproduction of my original sketch for the home screen. the shape of the circular icon was driven by the clock that lived in the centre of what i originally called the dock. the crown gave the home screen a dimensionality, allowing you to scrub through layers of the ui. pic.twitter.com/w2QITncvHl

Another fun tidbit, the Digital Touch feature that allows users to send their heartbeat and more was called “E.T.” for electronic touch at first.

And below he shared a look at the first prototype strap that was used with a 6th gen iPod nano.

my first prototype was built on a 6th gen nano strapped to this band. i had just wrapped up ios5 and took it down to show the ID team what notification centre and siri was – and what it could be in the future. i never got to share it with steve. we lost him right after ios5. pic.twitter.com/j4JJYNIgIu

The loop bands that arrived for Apple Watch were inspired by the velcro speedmaster used by Apollo astronauts and that Andrew Zuckerman was who captured the butterfly Motion watch face.

the butterflies in the motion watch face were shot and animated by @zuckermanstudio. none were harmed, they had already passed. andrew just gave them life.

here’s the blue 🦋 he lives with us now: pic.twitter.com/QDE8gORWDo

Another neat fact, the Solar watch face was designed by Chaudhri to be helpful for Muslims as they observed Ramadan as well as teaching everyone about how the sun and time are connected. Hodinkee also just shared a neat article about Apple Watch and twilight.

i created the solar watch face as a way for muslims observing ramadan to quickly see the position of the sun and for all to understand the sun's relationship to time. #RamadanMubarak pic.twitter.com/4mcmIknqjm

Just yesterday we also saw Hodinkee post a look at how Apple Watch has transformed the watch industry over the last five years.