The viral social media app TikTok has officially crossed 2 billion downloads across iOS and Android, according to new data from SensorTower. This milestone comes just five months after the app hit 1.5 billion downloads.

Like other streaming media and social network apps, TikTok has seen a boom in new downloads and users during the COVID-19 pandemic. The app was downloaded 315 million times during Q1 2020, which is a new quarterly record. The report explains:

While TikTok was on the ascent before 2020, the app has hit new levels of popularity so far this year. Its record-breaking Q1 came during a global pandemic, leading in part to an increase in downloads, engagement, and revenue. The continuous rise of TikTok gives it an ever-bigger foundation to not only enjoy success for the short-term, but build for the long-term to keep competitors — both existing and emerging — at bay.

Whereas the 2 billion downloads occurred across iOS and Android, the former continues to account for more revenue. According to Sensor Tower, TikTok generated $435.3 million in lifetime revenue from user spending on iOS, compared to $21.4 million in revenue on Android.

From a geographic standpoint, China is the No. 1 source of revenue for TikTok, followed by the United States:

You can read the full report from Sensor Tower here. 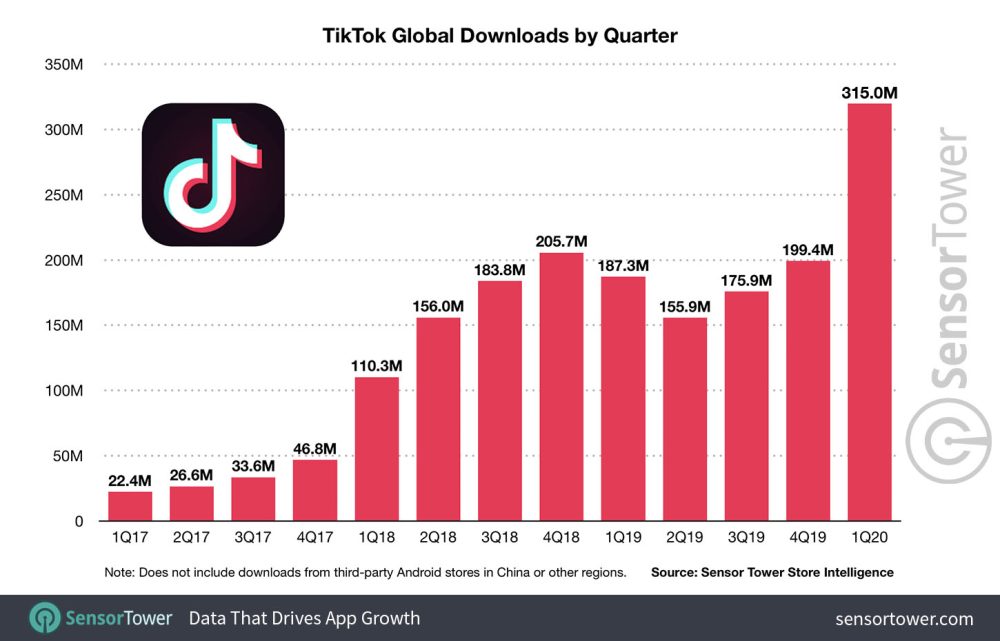