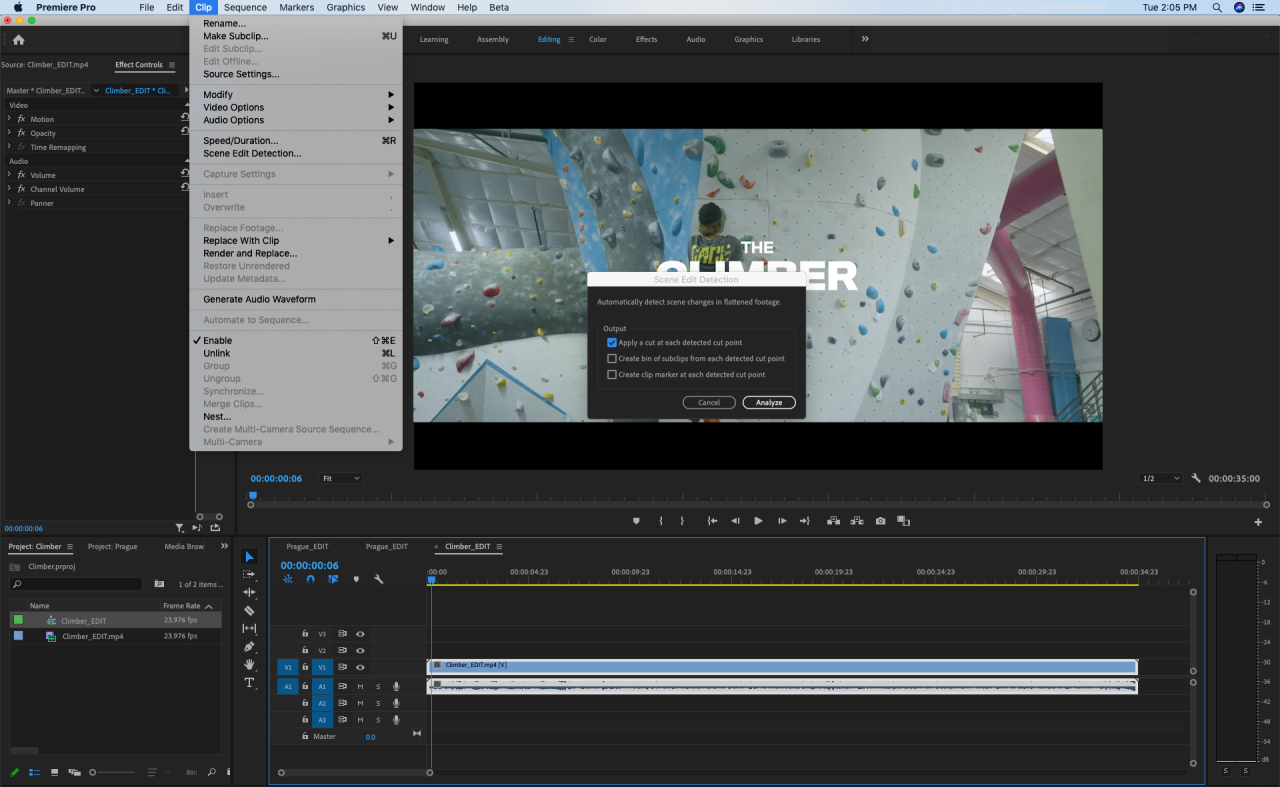 In addition to opening Illustrator for iPad pre-orders, Adobe is out today with new features for Premiere Pro as well as After Effects and Audition. New for Premiere Pro includes Scene Edit Detections, HDR for broadcasters, and new Quick Export option. Meanwhile, After Effects is gaining updated camera navigation tools and more in the public beta.

Adobe announced the updates to its Creative Cloud apps in a press release today. First up, Adobe detailed its goal to streamline video editing workflows in Premiere Pro:

The Premiere Pro team has been analyzing workflows from start to finish to identify areas that can be streamlined, always with the goal of accelerating editorial and simplifying tasks while ensuring the user retains full control over their content.

Here are the three main changes with the latest Premiere Pro release:

Quick Export (in public Beta) offers easy access to the most popular and frequently used export settings, right from the header bar in Premiere Pro. Editors can use the default high-quality H.264 output with matched Source Settings or choose from a short list of H.264 presets that allow you reduce the size of your export files.

As for After Effects, new changes are coming to the public beta build:

3D Transform Gizmos help users navigate a scene faster and more intuitively. Scale, position, and rotate layers with helpful guides that shows how far a layer or object has been moved and how many degrees it has been rotated. Users can switch between gizmo modes to focus on a single task and make precision adjustments efficiently.

And another feature is planned for the future:

In addition to those changes, the latest versions include the following performance improvements (except for Channel effects which will be “coming soon”):

Channel effects are now GPU-accelerated providing up to 1.65x faster performance in After Effects. These include Minimax, Shift Channels, Set Channels, and Channel Combine

The new releases of Premiere Pro, After Effects, and Audition are available now through the Creative Cloud Mac app.