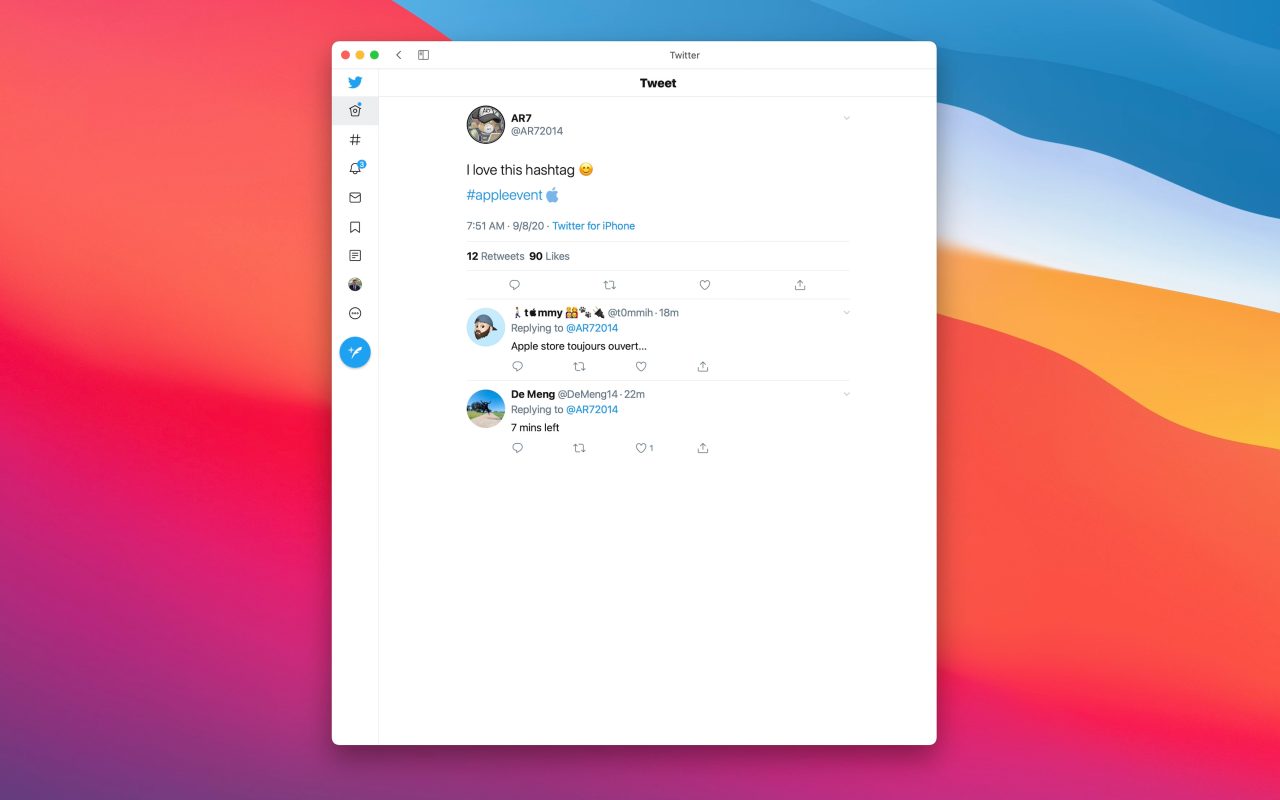 Update 9/15: After this article was published, Apple confirmed its Apple Watch and iPad event for September 15. In conjunction with event day, there’s a new animation on Twitter when you “like” a tweet containing the #Apple Event hashtag. Here’s what it looks like:

Ahead of expected news from Apple this week, a custom hashtag emoji for #AppleEvent has gone live on Twitter. Rumors are currently split on what we can expect to see from Apple this week, ranging from the announcement of new Apple Watch and iPad hardware to details on the iPhone 12 event.

Researcher Jane Manchun Wong offers a Hashflag Browser tool on her website that shows details on current custom hashtags on Twitter. According to her tool, the “AppleEvent2020” hashtag will be live from today through September 28. This shows us that the hashtag is new as of today.

Bloomberg’s Mark Gurman has suggested that Apple will announce the details of its iPhone 12 virtual event this week. During the virtual event, Apple could announce new Apple Watch hardware and offer details on the release schedule for iOS 14 and watchOS 7 alongside the new iPhone.

Meanwhile, Apple leaker Jon Prosser has asserted that a new iPad and Apple Watch will be released the week of September 7. In fact, Prosser went as far as to claim that Apple had a press release scheduled for Tuesday, September 8, at 9 a.m. ET/6 a.m. PT. While we are now past that time, a press release from Apple today is still certainly not out of the question.

In the past, Apple has announced its iPhone events roughly two weeks before they take place. If Apple announces the iPhone 12 event on September 8, that would mean the actual event could be held around September 22. This year, however, not as much lead-time is required since the iPhone 12 event will be completely virtual.

What do you think of Apple’s rumored plans for the week? Are you placing any bets? Let us know down in the comments!