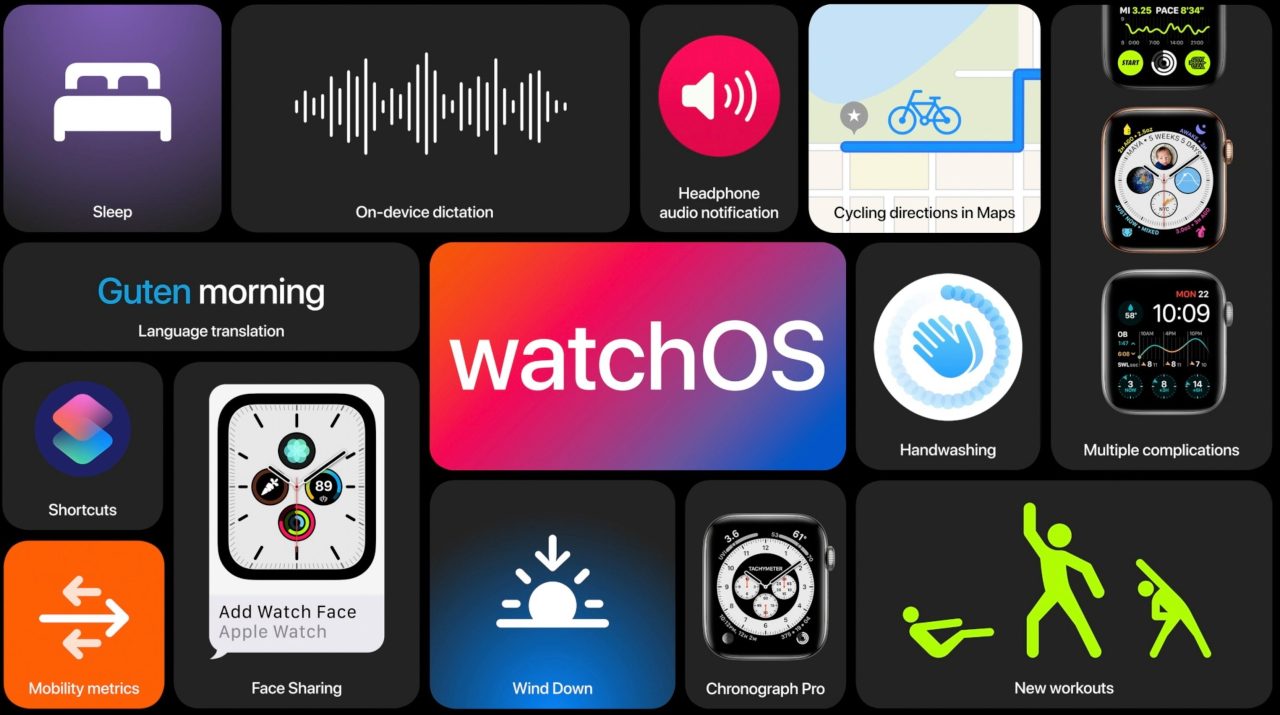 Alongside announcing new Apple Watch hardware today at its September event, Apple has shared that watchOS 7 will be available for all users on September 16.

watchOS 7 comes with a number of new changes and improvements. Two of the headlining features include native sleep tracking and watch face sharing. First reported by MacStories’ Federico Viticci, watchOS 7 will land tomorrow on September 16.

watchOS 7 requires your iPhone to be running iOS 14. When available, head to the Watch app on your iPhone > General > Software update to install watchOS 7.