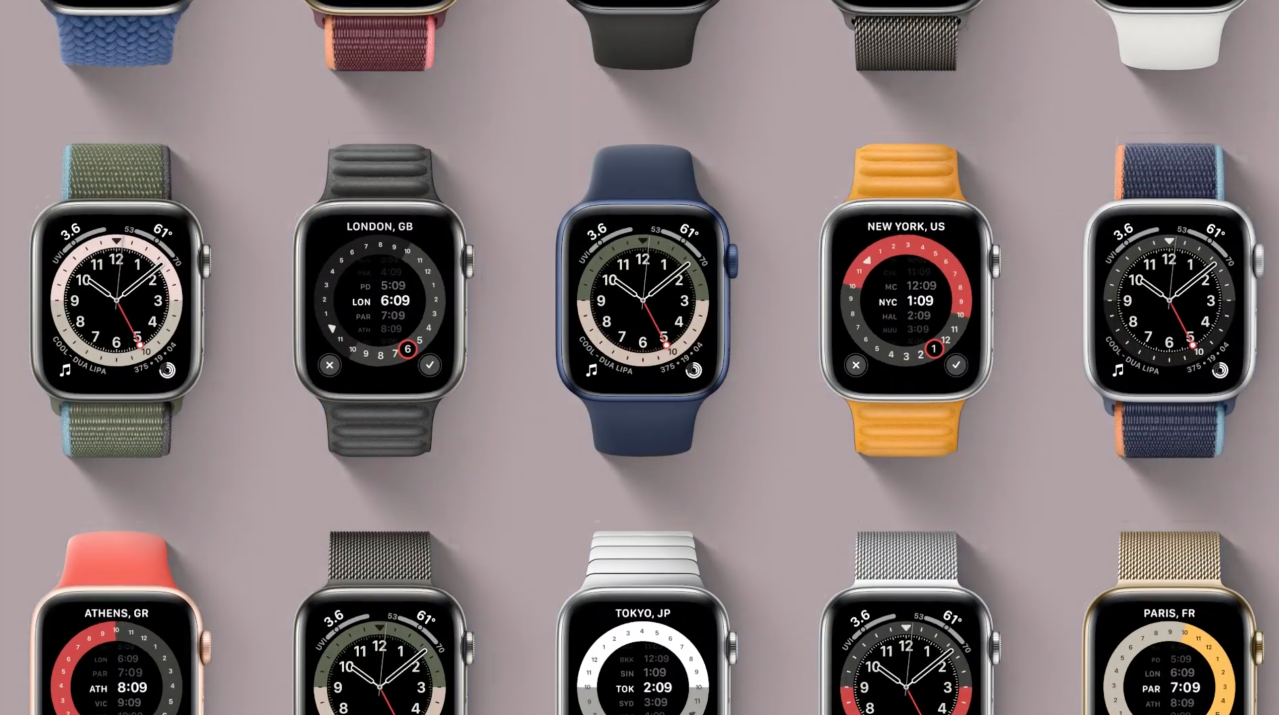 Apple today introduced Apple Watch Series 6 and also Apple Watch SE with a variety of new watch faces. However, the company did not specify whether these new themes would be available for previous Apple Watch models as well. We can now confirm that the new watch faces are also coming for Series 4 and Series 5 users with watchOS 7.

There are seven new watch face styles in watchOS 7, including the Chronograph Pro introduced with the beta version earlier this year. The final release of watchOS 7 brings six new watch faces, which are:

The Typograph face resembles a traditional watch with three different styles: classic, modern, and rounded. There’s also the Memoji watch face, which lets you see your animated Memoji every time you raise your wrist. GMT and Count Up are similar to the Chronograph Pro watch face, and the Stripes watch face lets you customize your Apple Watch with up to nine different colors.

Apple has also added a new watch face in collaboration with artist Geoff McFetridge that brings unique artwork that interacts with the clock. “Every time you raise your wrist, the portrait algorithmically changes and there are millions of combinations,” says Apple.

In order to get the new watch faces, you must update your devices to iOS 14 and watchOS 7. GM releases are already available for developers, and the updates will be released to the public this Wednesday, September 16.