Shazam for iOS 14 adds picture in picture support to recognize songs, here’s how it works 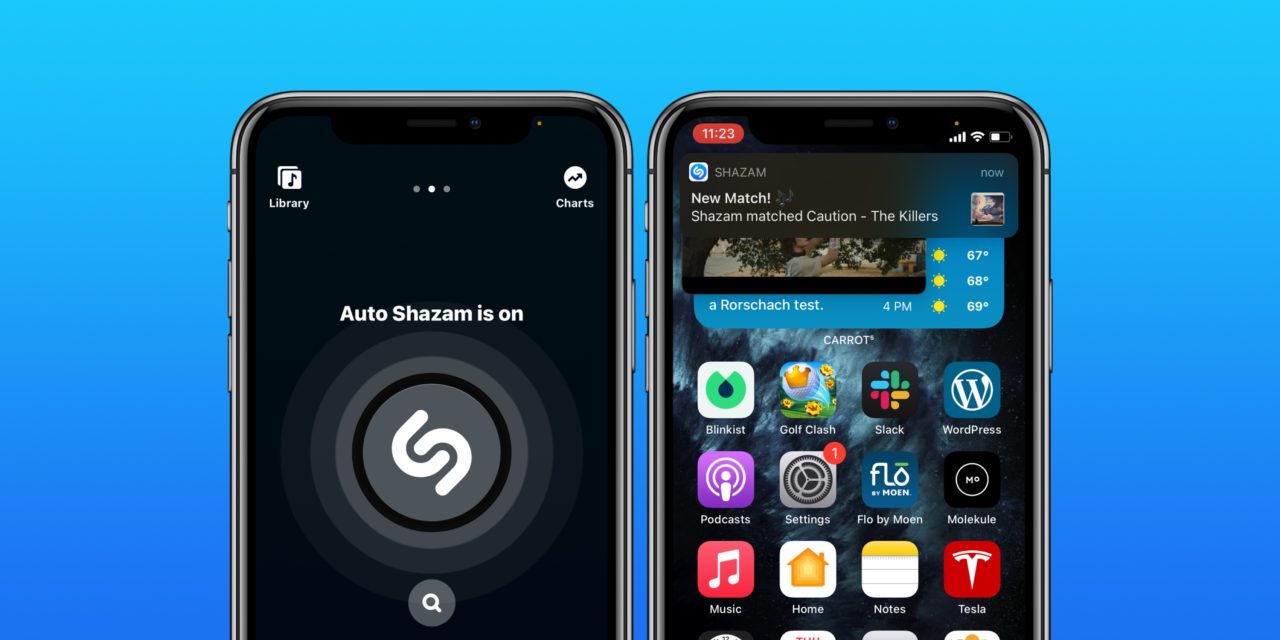 Apple’s music recognition app Shazam has been updated to take advantage of new iOS 14 features like picture in picture support as well as the Back Tap shortcut feature.

Shazam was updated to version 13.25 today with support for iOS 14. Interestingly the main new feature is for the music recognition to work when watching videos with the new picture in picture option on iPhone. Shazam also highlights using the new Back Tap shortcuts feature for instant Shazam-ing.

You now have more ways to name that song. Use Shazam with Picture in Picture to find the music in a video. Want a faster way to Shazam? Set the new Back Tap feature to use a Shazam shortcut.

How picture in picture support works with Shazam

To use the new picture in picture supported sound recognition, you’ll need to use the Auto Shazam feature.

How to set up Back Tap shortcut to Shazam songs

Read more on using the new picture and picture and Back Taps features and other iOS 14 changes below: