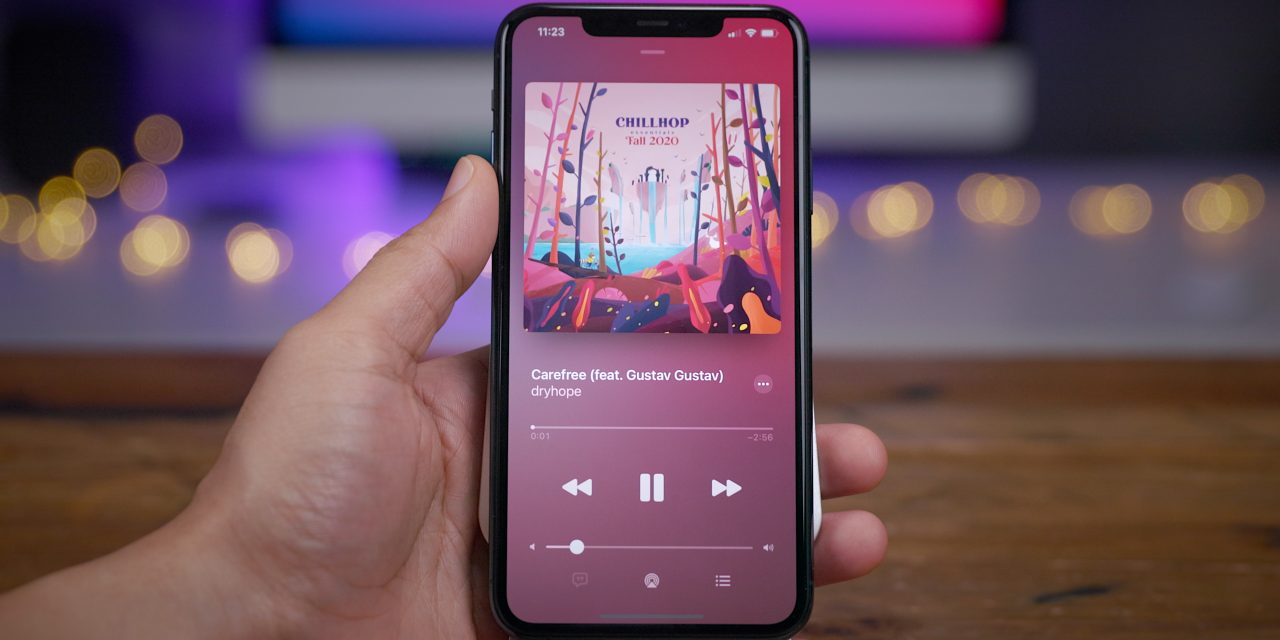 iOS 14 has been available for nearly a week, and as you’ve probably figured out by now, it’s jam-packed with tons of new features. While there are literally hundreds of new user-facing changes in iOS 14, a few of them stand out above the rest. In this hands-on video walkthrough I discuss my top 10 iOS 14 features for iPhone.

Incoming phone call interruptions have been thorns in the sides of iPhone users since the beginning of the iPhone. Up until now, whenever receiving a phone call, the full screen phone interface would abruptly interrupt whatever you were doing.

A problem solved by innovative jailbreakers years ago, iOS 14 finally brings a banner-style incoming call notification to the mainstream. Enabled by default, users have the option of switching between the banner and full screen style via Settings → Phone, but no one of sound mind would consider switching back.

Special thanks to Tenorshare for sponsoring 9to5mac: Get 70% off Tenorshare apps for a limited time

The ability to choose a default browser in iOS marks yet another “finally” moment for iPhone users. Again, this is a problem once solved by jailbreak tweaks many years ago, but users who prefer browsers like Chrome and Duck Duck Go will be happy to find such a feature now officially implemented into iOS.

You’ll first need to install a browser that’s been updated for iOS 14 and then venture into the app’s preferences in the Settings app to establish it as the default browser. Unfortunately, there’s still a bug that causes iOS to revert back to Safari after a reboot, but this will hopefully be addressed in future updates.

First available on the iPad a few years back, Picture in Picture now makes its way to the iPhone. Not only does PiP work for videos, but it also works for FaceTime video calls as well. This welcomed addition makes it possible for users to multitask while video-chatting with friends.

iOS 14 is filled with all sorts of great consumer-friendly privacy enhancements, and a few of them stand out above the rest. The first, and most noteworthy change, is the ability to provide apps with an approximate location instead of a precise location. This is great for apps that just need to know your general area in order to do their jobs.

Other new features include the ability to give apps access to specific photos instead of your entire photo library. There’s also a handy notification that alerts you when apps access the pasteboard, and a new privacy report in Safari to monitor website trackers.

A new Home screen enhancement in iOS 14 allows users to outright hide pages on the Home screen, effectively hiding all of the apps on those pages.

The Home screen enhancements work in concert with iOS 14’s new App Library. The App Library is essentially a container for all of the apps installed on your phone, even if those apps are not displayed on Home screen pages.

The App Library also works to automatically organize all of your apps into categories, and you can search your entire app library or view all of the apps installed on your phone via an alphabetical list.

The iOS 14 Music app’s standout feature is the presence of updated backgrounds on the now playing interface. When switching songs, the background quickly transitions to a color that complements the album artwork, as you can see in the screenshot above.

Additional Music app enhancements include remembering where you left off when restarting the app, and a new autoplay feature that will automatically add songs to the up next queue based off currently-playing music.

App Clips are small snippets of your favorite apps that are 10MB or less. App Clips are perfect for when you need to quickly obtain functionality from an app that you don’t currently have installed. For example, if you’re at a coffee shop, you can use NFC or a Siri suggestion to instantly install the App Clip in order to collect rewards without holding up the line to wait on a full app download.

I’m a huge fan of emoji, and I’m always looking for just the right one to express my thoughts via text messages. So it’s no surprise that I prize the new ability to quickly search for specific (and related) emoji characters directly from the iOS keyboard.

iOS has featured widgets for years, but iOS 14 marks the first time that they’re displayed on the Home screen. Widgets come in multiple sizes and are available for both first-party and third-party apps. More than one widget can be placed on the same Home screen page, and multiple widgets of the same size can be stacked to save space.

Although widgets aren’t as interactive as they were previously, the fact that they are now present on the Home screen makes them significantly more useful thanks to their glanceable nature.

These features are really just the tip of the iceberg when it comes to iOS 14. This release, in my opinion, is by far the deepest iOS release of the iPhone’s existence. iOS 14 solves numerous pain points that have hampered iOS users for years, and fundamentally changes the way that the Home screen looks and feels for the first time ever.

What’s your favorite iOS 14 feature? Sound off down below in the comments with your thoughts.