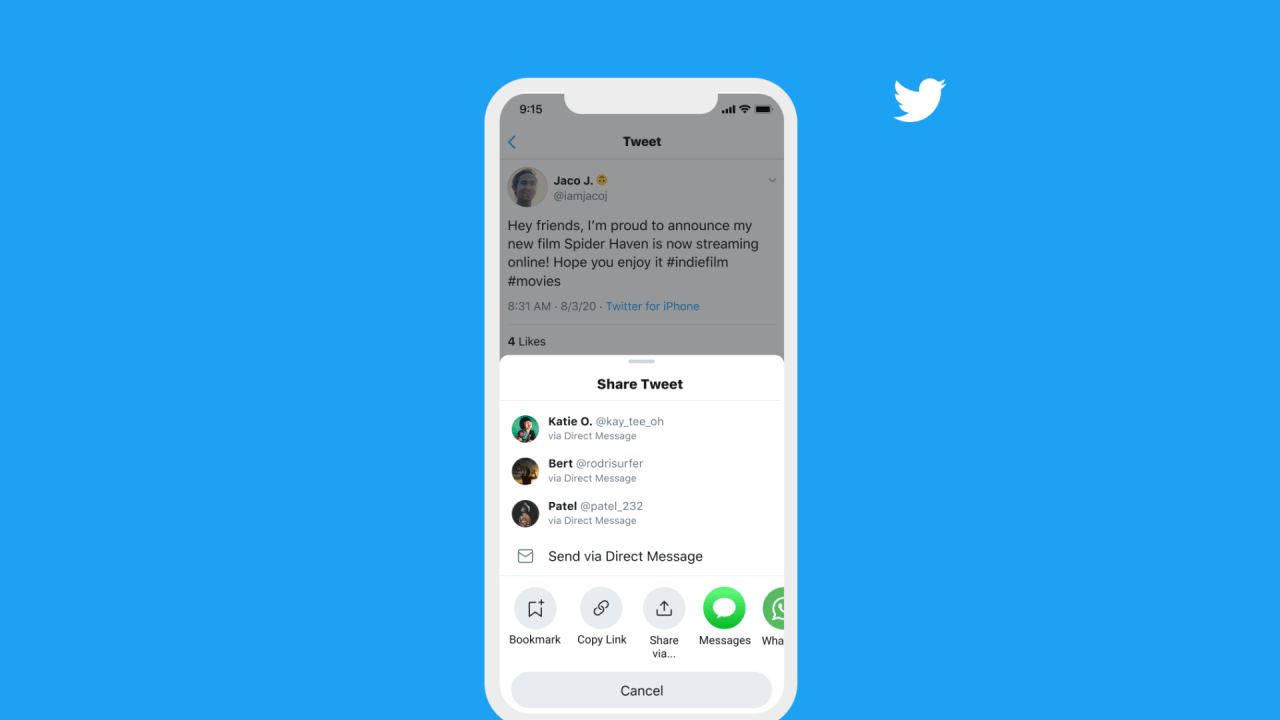 In addition to providing shortcuts to some of the popular messaging apps, the new Share Tweet menu also features users you recently interacted with via Direct Message on Twitter, so sharing a tweet with a friend or someone else has become even easier.

The downside is that apps using their own sharing implementations may not have the same features as the native iOS Share Sheet, such as contact suggestions from other apps and rearranging the available options.

In order to get the new menu, make sure you have the latest version of the Twitter app installed on your iPhone or iPad. The update is also available for Mac users. You can download the Twitter app from the App Store for free.