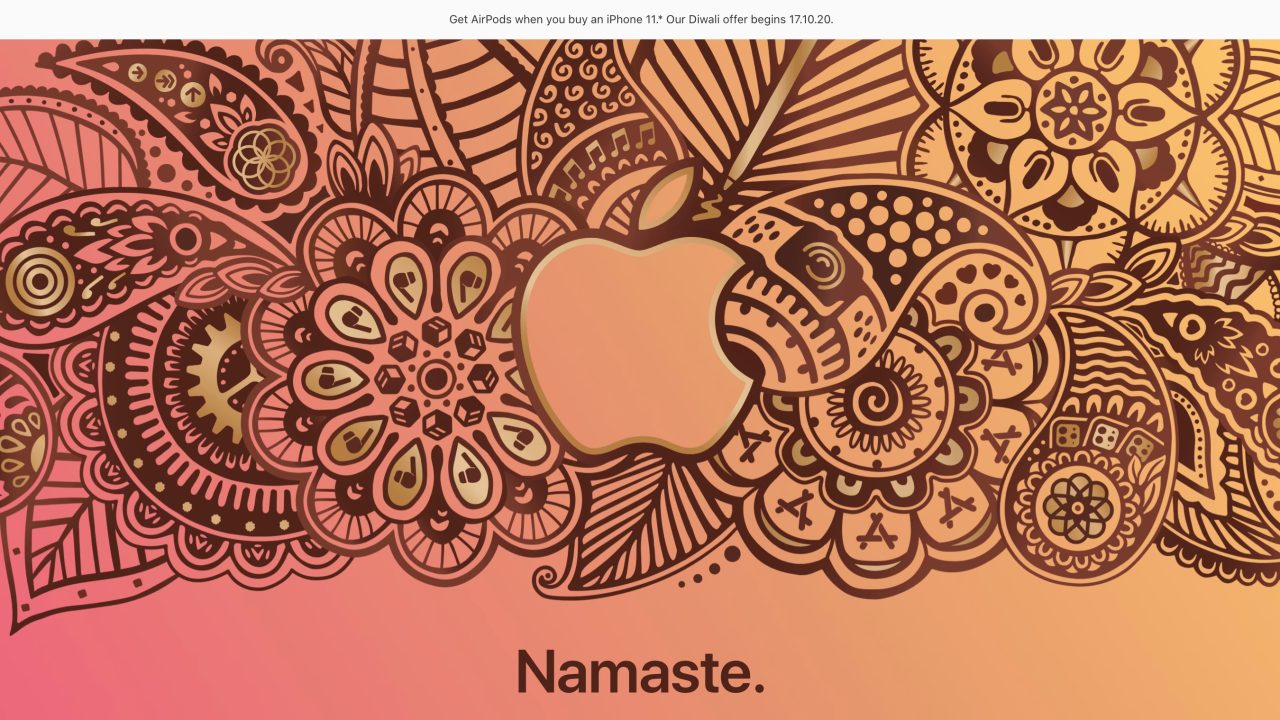 To celebrate Diwali, Apple has announced that it will offer shoppers in India a free pair of AirPods when they buy an iPhone 11 smartphone. The deal will kick off on October 17, Apple says.

Specific details about the promotion are unclear, including specific details on eligible AirPods models. We would expect the base model AIrPods to be included for free, but that Apple will also allow users to upgrade to AirPods Pro at an added cost.

Notably, this deal comes less than a month after Apple officially launched its online Apple Store in India. Until last month, shoppers in India had to rely on a network of third-party resellers to buy Apple products. Physical Apple Stores in India will arrive in 2021, with one of the first locations expected to be built in Mumbai’s Bandra Kurla Complex.

As the Times of India reports, potential iPhone buyers in India might also want to consider iPhone 11 promotions being offered by other retailers in celebration of Diwali. Depending on your needs and budget, competing offers from third-party retailers might be the better choice.

The iPhone 11 sells at Rs 68,300 for the base variant with 64GB storage on the Apple online store. The AirPods sell at a price of Rs 14,900. So, it brings down the effective price of the iPhone 11 to Rs 53,400 with the free AirPods offer. Meanwhile, Amazon will be offering a slightly more discount on the iPhone 11 with the price going down from Rs 68,300 to Rs 49,999 during the festive sale season. So, if you do not want AirPods, buying the iPhone 11 from Amazon is a better deal.

Customers can visit apple.com/in/shop/ to browse and purchase. Remember that the AirPods promotion won’t begin until October 17 and is exclusive to India.