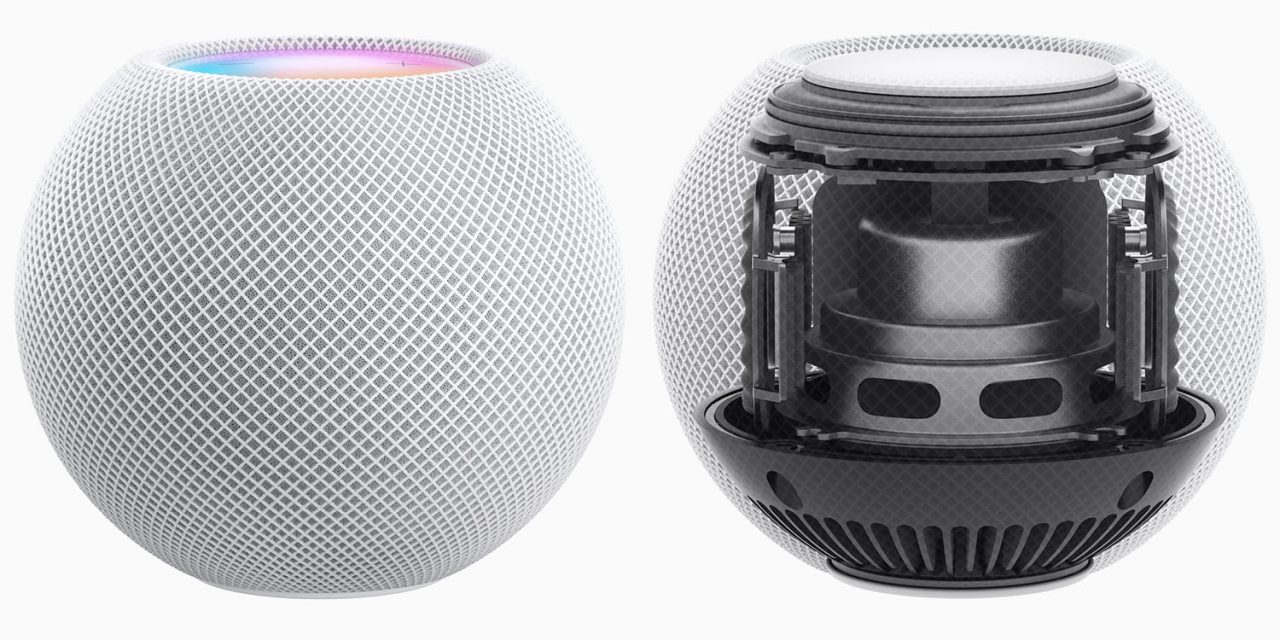 For quite a long time, we weren’t sure what to expect from the new $99 HomePod mini. We didn’t know the design, size, or price.

A couple of those things changed shortly before the event. We first got a reliable steer that the price would be $99 – which immediately revealed that it was going to be something significantly less sophisticated than the existing product. It simply wouldn’t have been possible for Apple to hit that price-point with a slightly smaller version of the normal HomePod …

On the day itself, we got an advance look at the design – though not its size.

What do we now know from Apple’s announcement?

The virtual nature of the keynote means there is one crucial thing we don’t know: what the usual assembled journalists thought of the sound when they heard it demonstrated during and after the event. No assembled journalists, no demo, no impressions. So all we have to go on so far is what Apple has told us.

Size isn’t everything, and Apple has already done a phenomenal job in the audio performance it squeezes into the full-size device, so it’s reasonable to expect that it will also have done an impressive job with the HomePod mini. All the same, the laws of physics do apply, and there are limitations to what can be achieved with a speaker that small.

We also know that the HomePod has eight drivers: a powerful woofer and seven tweeters. Each driver has its own amp. The HomePod mini has just one driver, that has to act as both woofer and tweeter. That’s a massive difference in spec.

The mini does also have two passive radiators, and it is quite remarkable how much these can help amplify the bass from a relatively anemic driver, but again: physics.

The HomePod uses beam-forming, an incredibly advanced technique previously seen only in way more expensive speakers. This enables a speaker to dynamically adapt its characteristics to a room, to ensure that no matter where you are sitting or standing, you are always in the sweet-spot.

In contrast, the HomePod mini has what Apple calls a ‘custom acoustic waveguide for a 360º sound field’ – and what the rest of us call a hunk of shaped metal beneath the driver designed to spread the sound in all directions. Again, that’s an absolutely huge difference in spec.

So what does this mean in terms of the difference we can expect to hear? That depends who you are.

If you’re an existing HomePod owner who really appreciates the audio quality, then the HomePod mini isn’t going to come anywhere close to matching it. It’s going to be night and day.

At the other end of the scale, if you’re someone who thinks a 3rd-gen Amazon Echo Dot is an ok speaker, you’re going to be blown away by the HomePod mini.

Between the two, it’s a question of managing your expectations. If we imagine a sub-$300 audio quality scale running from the Dot being a 1 to the HomePod being a 10, I’m expecting the HomePod mini to be a solid 4 or 5. It’s going to match the performance of a decent quality Bluetooth speaker of a similar or somewhat larger size. Think Bose SoundLink Revolve, for example.

Bottom-line: Apple knows who it is targeting with this speaker. It’s someone who thinks HomePods are over-priced and wants something which has decent-ish sound at an affordable price. More specifically, I think the company has two types of buyers in mind.

First, those who don’t have any kind of existing living room audio system beyond perhaps a middling Bluetooth speaker or Echo Dot. For them, a HomePod mini or two will be an upgrade.

Second, those who have a living-room system they are happy with, and now want to expand into an affordable multiroom audio system. They don’t expect the quality to match their main system, but want to have ‘good enough’ sound throughout their home.

If you fall into either of these categories and have rejected full-size HomePods as not worth the money, my guess is that you’re going to be happy with the HomePod mini.

Are you planning to order one or more? Let us know in the comments what you’re expecting, and how you plan to use them.