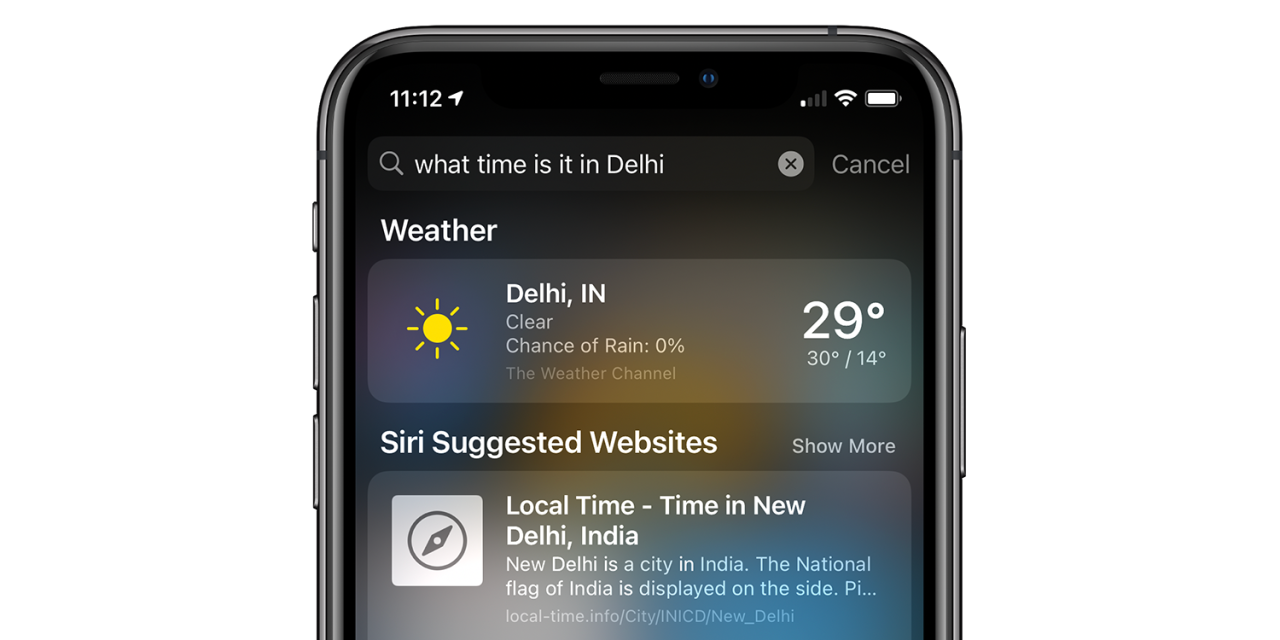 Speculation about plans for an Apple search engine to compete with Google has been around for many years now, ever since the company was first seen to be using its own web crawler back in 2014. Apple confirmed the existence of the Applebot crawler in 2015.

Google currently pays Apple an estimated $8-12 billion per year to be the default search engine on iOS devices. In 2018, for example, the sum was estimated at a little under $10 billion – around 20% of the company’s Services income for the year. However, antitrust regulators are now putting this deal in the spotlight, and arguing that it may be anticompetitive.

This raises the question of what Apple would do if it was banned from renewing the deal, and lost that income. One suggestion has been that the iPhone maker could create an Apple search engine.

The FT report cites circumstantial evidence and industry commentary, rather than inside sources, and not much of it is new. It opens, for example, with a change seen in iOS 14 to the swipe-down search box.

Apple is stepping up efforts to develop its own search technology as US antitrust authorities threaten multibillion-dollar payments that Google makes to secure prime placement of its engine on the iPhone.

In a little-noticed change to the latest version of the iPhone operating system, iOS 14, Apple has begun to show its own search results and link directly to websites when users type queries from its home screen.

That web search capability marks an important advance in Apple’s in-house development and could form the foundation of a fuller attack on Google, according to several people in the industry.

It also points to the two-and-a-half year old news of Apple poaching Google’s John Giannandrea, putting its own spin on the hire.

It includes commentary from former senior Google execs, but this too is purely speculative.

“They [Apple] have a credible team that I think has the experience and the depth, if they wanted to, to build a more general search engine,” said Bill Coughran, Google’s former engineering chief, who is now a partner at Silicon Valley investor Sequoia Capital […]

“Apple’s position is very unique because it has the iPhone and iOS. It controls the default browser,” said Sridhar Ramaswamy, Neeva’s co-founder and Google’s former head of advertising. Expanding in search “feels natural” for Apple, he said, as it has the ability to gather data and learn from user behaviour at large scale.

Applebot’s crawl rate – the number of times it visits websites in order to update its database – is said to have increased substantially. Others note that Apple is one of the few companies in the world with the resources to create a search engine to compete with Google.

But all of the known facts would be consistent with Apple simply working on making Siri smarter.

The single biggest argument against Apple creating a search engine is the company’s strong privacy stance, and its less-than-flattering commentary on ad-funded services like Google.

A few years ago, users of Internet services began to realize that when an online service is free, you’re not the customer. You’re the product. But at Apple, we believe a great customer experience shouldn’t come at the expense of your privacy.

Our business model is very straightforward: We sell great products. We don’t build a profile based on your email content or web browsing habits to sell to advertisers. We don’t “monetize” the information you store on your iPhone or in iCloud. And we don’t read your email or your messages to get information to market to you.

Walking that back would be problematic to say the least.