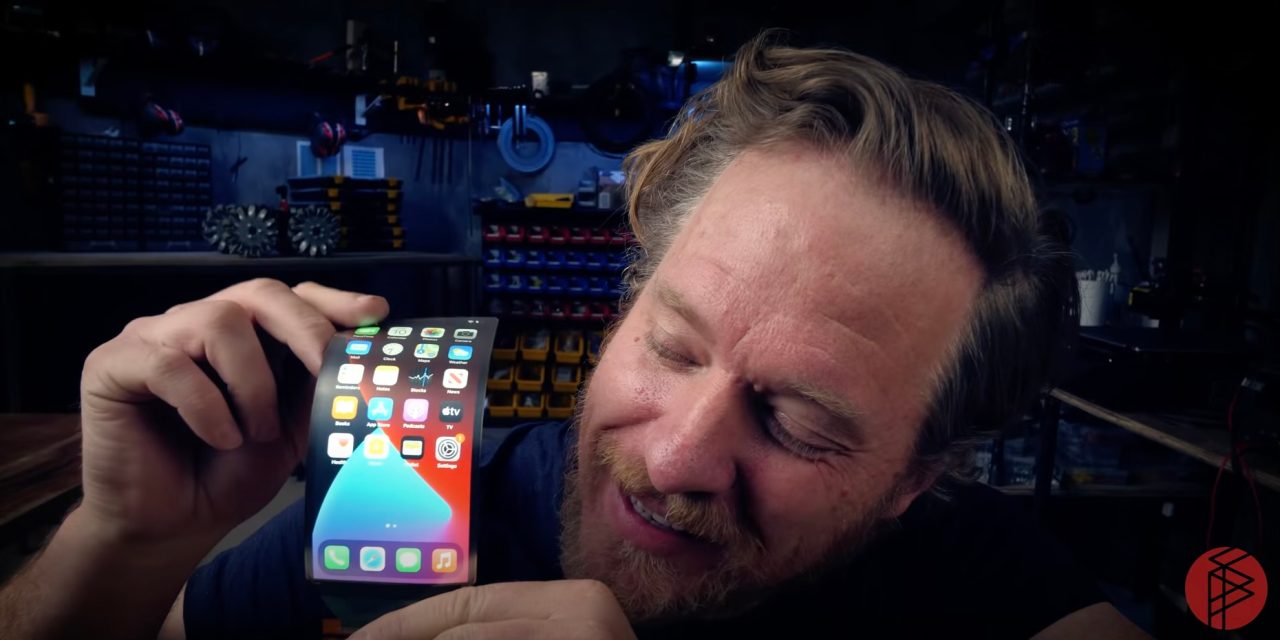 YouTuber Strange Parts has been interested in creating a folding iPhone for a while now. And taking the first step to see if it’s really something he wants to commit the time and resources to, he created a setup that uses a Raspberry Pi to get iOS onto a couple of folding displays. Check out the video below for a closer look and this initial setup and the challenges of creating a foldable iPhone before Apple does.

Samsung launched its Galaxy Fold back in 2019 and the first generation ran into a lot of issues, particularly with the screen becoming easily damaged. Since then we’ve seen Samsung release a follow-up with several other companies debuting folding Android smartphones as well.

Over those last two years, reports about Apple working on a folding iPhone have been growing. While we did see a rumor that 2022 could see the first folding iPhone arrive, a recent Bloomberg report says that while work is underway, a timeline isn’t set and the project could be scrapped altogether.

Scotty from the YouTube channel Strange Parts notes that he’s been curious about creating a folding iPhone for a couple years and shared a look at the first step in the process. He’s upfront in the video below that he doesn’t have an iPhone officially working on a foldable display but is using a Raspberry Pi setup with an AirPlay workaround to test it on a couple of foldable displays he picked up from AliExpress for about $500 each.

For this preliminary test, Scotty discovered that the screen that was the thinnest/most flexible had the lower quality resolution and no digitizer, while the one that was thicker seemed to have a digitizer, improved resolution, better contrast, etc.

He also ended up breaking one of the displays while he was shooting the video with some slight bending, again highlighting how fragile these can be.

Toward the end of the video, Scotty talks about the challenges when it comes to creating an actual working folding iPhone. It’s much more complicated than popping off an iPhone screen and swapping it for a foldable screen.

First, he’ll need to find a screen that’s thin and flexible while including a digitizer. Then, another major challenge is creating some sort of adapter to go between the iPhone logic board and the flexible screen. Most times data sheets don’t come with the foldable screens from China and Apple doesn’t share this kind of technical data.

Finally he’ll need to create some sort of custom frame/housing to hold everything. But all that isn’t stopping Scotty. He says he’s already working with a friend who is “a far better hardware hacker” to find out how possible the project is.

He admits it’s hard to know if he’ll be able to actually build a foldable iPhone but kudos to Scotty for the ambition and effort. It’ll be fun to watch his progress on this. Notably, Scotty has some real persistence and skill when it comes to projects like this. Back in 2017, he built his own iPhone from recycled parts.