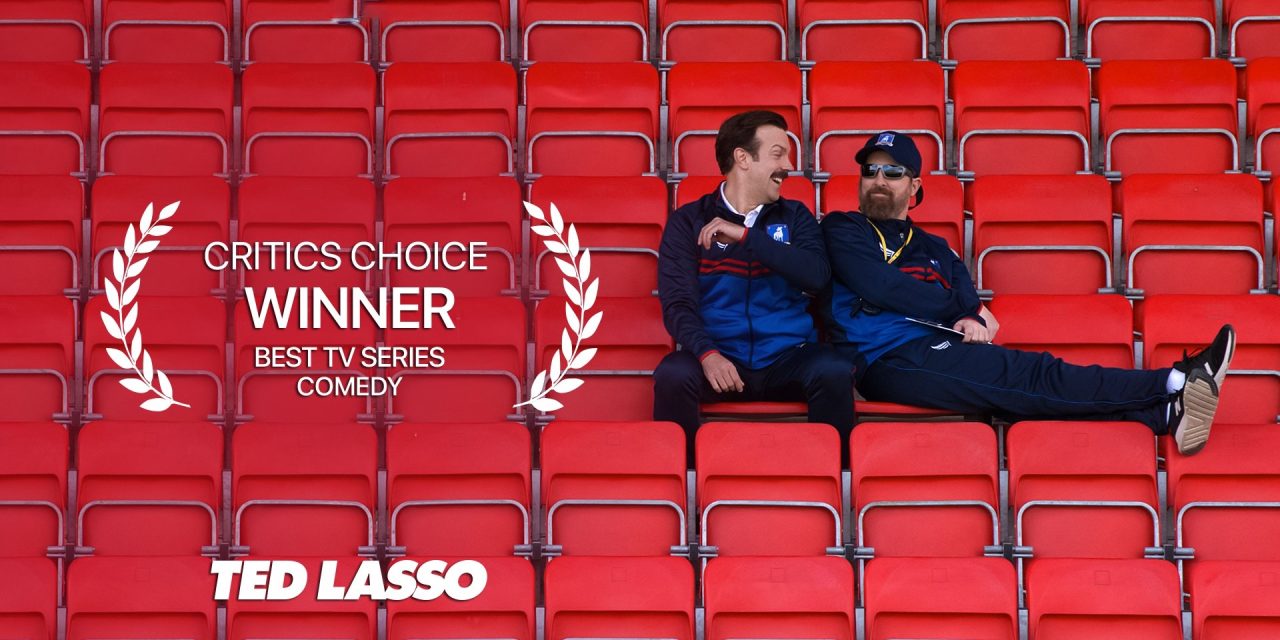 Ted Lasso continues to bring home the awards for Apple TV+. Following its success at the Golden Globes, Ted Lasso swept the comedy category of the Critics Choice awards last night, winning every award it was nominated for.

Last year, Apple TV+ picked up one Critics Choice awards win with Billy Crudup named Best Supporting Actor in a Drama Series for his role in The Morning Show.

The optimistic outlook of Ted Lasso has been warmly received by audiences and critics alike. The second season of the show is currently filming in England, with a third season already confirmed.

In his acceptance speech, Sudeikis joked that it is great for a small startup like Apple to get some free publicity. Sarcasm aside, it is very much true Apple has aggressively campaigned for awards recognition with its focus on a small curated catalog of premium originals. To date, Apple TV+ has secured 78 awards wins and 297 nominations on the back of a catalog of ~50 titles.

Apple is surely hoping that Ted Lasso’s success at the Golden Globes and Critics Choice can be repeated at the prestigious television primetime Emmys later in the year.

The streaming service continues to grow its library with a roadmap of 20 new releases currently announced for this year. See everything upcoming in our Apple TV+ show guide.