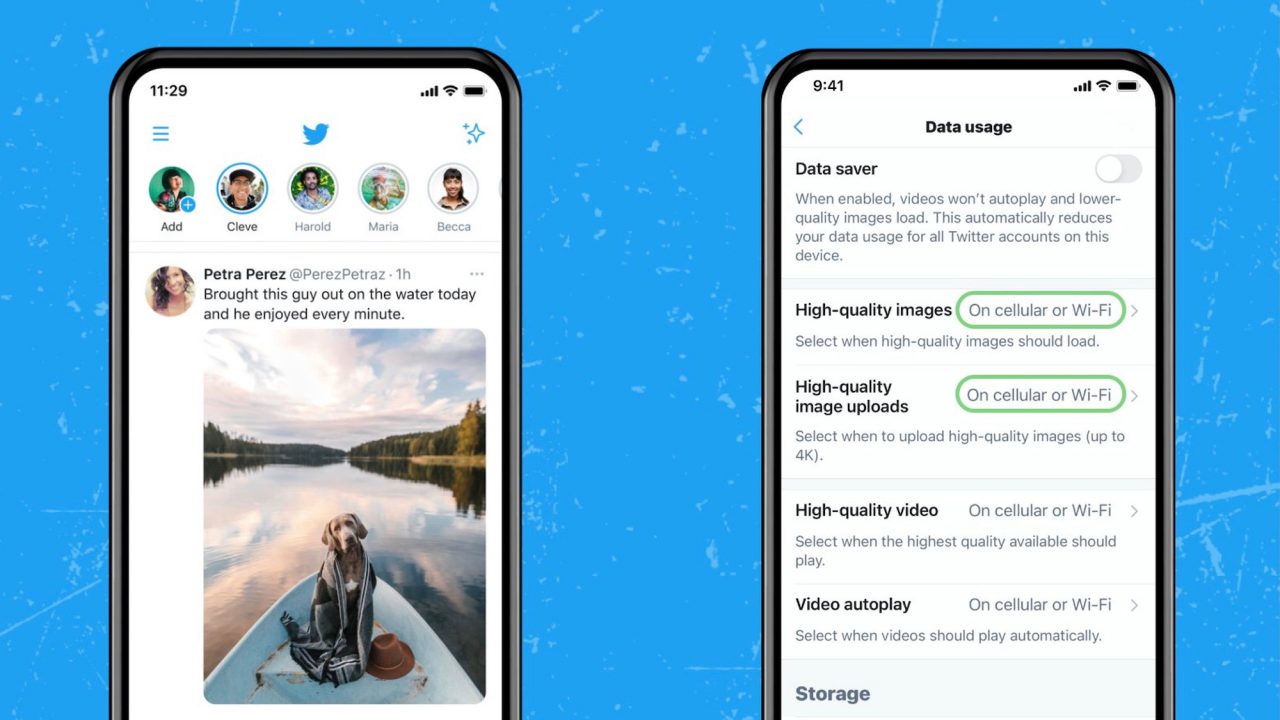 Twitter announced today that it’s testing an improved design for sharing images on its social network. After several controversies about what the algorithm chose to display, the company is testing new ways to share images to show larger and higher quality images inline with the Timeline.

When a user sends a single picture to Twitter, it will appear bigger than before, so you won’t have any problem with the algorithm choosing what part of the image to feature in your timeline.

Twitter will also begin to test 4K images upload on its social network, so you can share pictures with a higher-resolution than ever before.

The Support account said in a tweet: “Sometimes it’s better said with a picture or a video. Over the next few weeks, we’ll be testing some ways to improve how you can share and view media on Twitter.”

If you’re selected for the test, you’ll have to open Twitter Settings, then in Data Usage, choose the high-quality image option for the newest experience.

These features will be rolling out for some users over the next few weeks. They will be able to send higher-resolution videos as well, but as for now, it seems 4K support will be only available to pictures. Twitter explains:

Have a collection of higher res photos waiting to be shared? We’re testing ways for you to upload and view 4K images on Android and iOS.If you’re in the test, update your high-quality image preferences in “Data usage” settings to get started.

Aside from this feature, the social network has a few other new things to roll out to everybody over the coming months, such as Twitter Spaces and the new Super Follow feature.