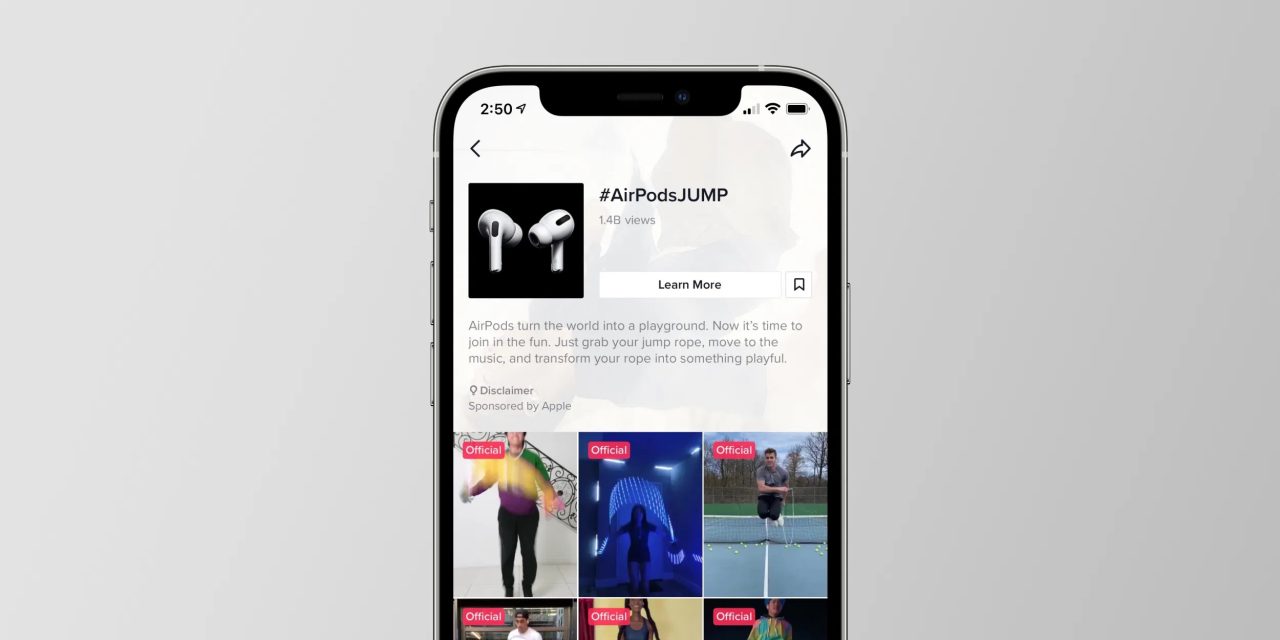 On Sunday, Apple debuted a new “Jump” ad for AirPods Pro, touting that the versatility of the wireless earbuds help you “turn the world into your playground.” Alongside this new ad, Apple is also running a “Jump” campaign on TikTok, teaming up with popular creators to promote AirPods Pro…

Apple has an official TikTok account, but it’s not very active aside from running advertising campaigns. The new “Jump” campaign focused on AirPods Pro is slightly different, though, as Apple is encouraging other TikTok users to get involved by creating their own videos.

AirPods Pro turn the world into a playground. Now it’s time to join in the fun. Just grab your rope, move to the music, and transform your rope into something playful.

The song, combined with the #AirPodsJUMP hashtag, is already going viral on TikTok as users join in on the challenge. Some users are also just including the #AirPodsJUMP tag in their video descriptions in an attempt to game the algorithm, which at least gives Apple some promotion.

On Sunday, we pointed out that the timing of the AirPods Pro “Jump” campaign was interesting given rumors of new AirPods coming soon. As it turns out, more recent reports have indicated that new AirPods likely aren’t coming into later this year, despite a flurry of recent leaks.

With that in mind, it makes a lot more sense for Apple to be pushing the #AirPodsJump campaign on all of its social media channels. Have you seen any interesting videos as part of the viral trend? Let us know down in the comments!