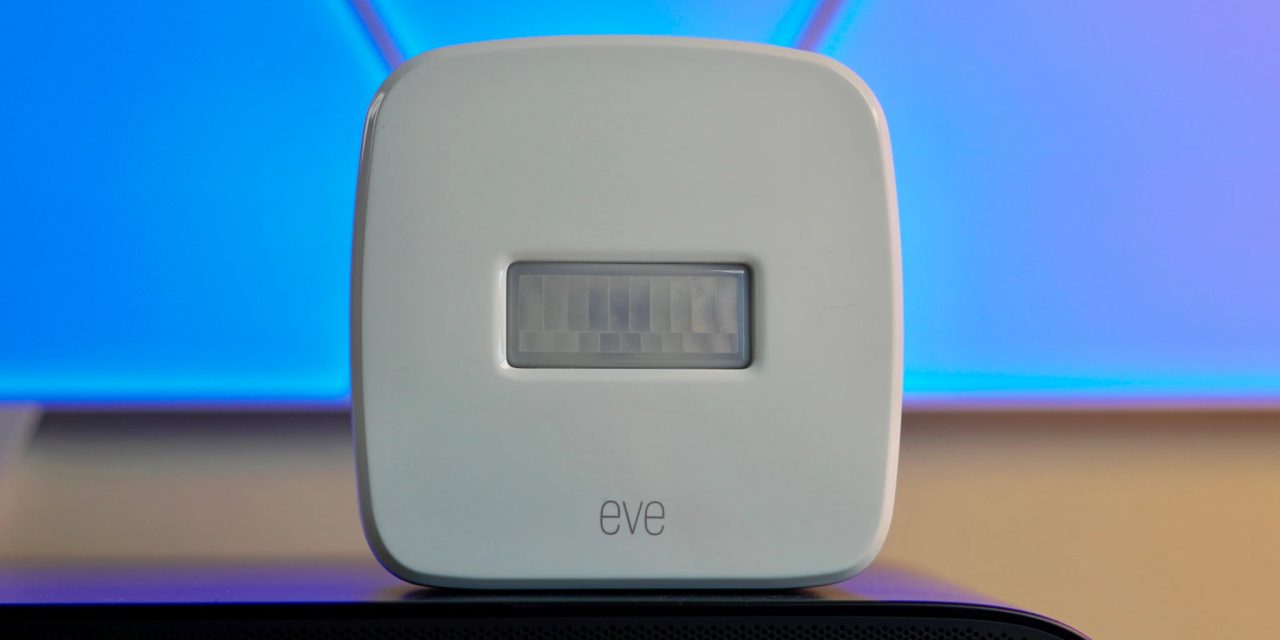 When someone asks me why now is a great time to get into home automation and build out a smart home, I tell them that we’re finally at a place where you can build off of a platform instead of having to buy everything from a single vendor. A product from one company can create triggers to turn on products from other companies. For people in the Apple ecosystem, as long as you see the HomeKit logo, you know that you’ll be able to control it from the Home app and from Siri using your iPhone, iPad, Apple Watch, or HomePod. This week, I want to look at the Eve motion sensor to show you why having motion sensors in all of your rooms is a key part of automating your smart home environment.

To get started, I want to praise Eve as a company. They are a top-tier HomeKit vendor, and they offer multiple products that I highly recommend. I own almost everything they sell, so if you’re looking for a great HomeKit surge protector, door sensor, light strip, water detector, or camera, I highly recommend everything they sell. They don’t run their own cloud service as the products are purpose-built for HomeKit. The Eve app is also a great replacement for the default iOS Home App and unlocks some features that you wouldn’t normally be able to do.

Motions sensors inside of HomeKit are one of my favorite ways to set up automations. Instead of just relying on time of day automations, motion sensor automations can simply react to what’s happening in a particular room in your house. My family’s schedule can easily shift on a daily basis, so it’s hard for me to determine when exactly I want something to happen. I prefer to let automations happen based on when motion is detected. So for example, I don’t want lights to turn on automatically at 5:00 AM. I want them to turn on when motion is detected after 5:00 AM.

A HomeKit motion sensor doesn’t have to be just a motion sensor, though. You can use a HomeKit camera to act as a motion sensor even if it’s set to not record when people are at home. When you want to put a motion sensor in a certain area, the Eve motion sensor comes in handy because it’s compact and battery-powered. My daughter has a habit of waking up in the middle of the night and coming down the stairs to our bedroom. I don’t like her walking down the stairs with all of the lights out, though. Using the Eve motion sensor, I have a HomeKit automation configured that if the motion detector senses motion between the hours of 12:00 AM to 9:00 AM, it will turn on a lamp that’s directly next to the stairs to give her some light. I also have it set to turn on the light in the Aqara hub that is plugged in directly at the bottom of the steps.

The Eve motion sensor can be installed in under five minutes. Once you unbox it, you’ll add the included AA batteries, snap the backplate in, and then you’re ready to add it to the Home app. In the Home app, you’ll scan the QR code on the back, choose which room you want it to be included in, and then you’re ready to go. In my situation, the Home app even auto-suggested an automation that was almost exactly how I planned to use it. I turned it on, but then when into the Automations tab in the Home app and configured it to turn only on that lamp between a certain time window.

Now that the motion sensor is installed and configured, I really don’t have to think about it again. It’ll sit in the background silently monitoring for motion, and when it detects it after midnight, it’ll trigger the automation. It’s the perfect smart home accessory: It’s inexpensive, easy to install, and doesn’t require any configuration after it’s setup.

If you’re ready to trigger other HomeKit accessories based on your presence (or lack of it), check out the Eve Motion sensor.