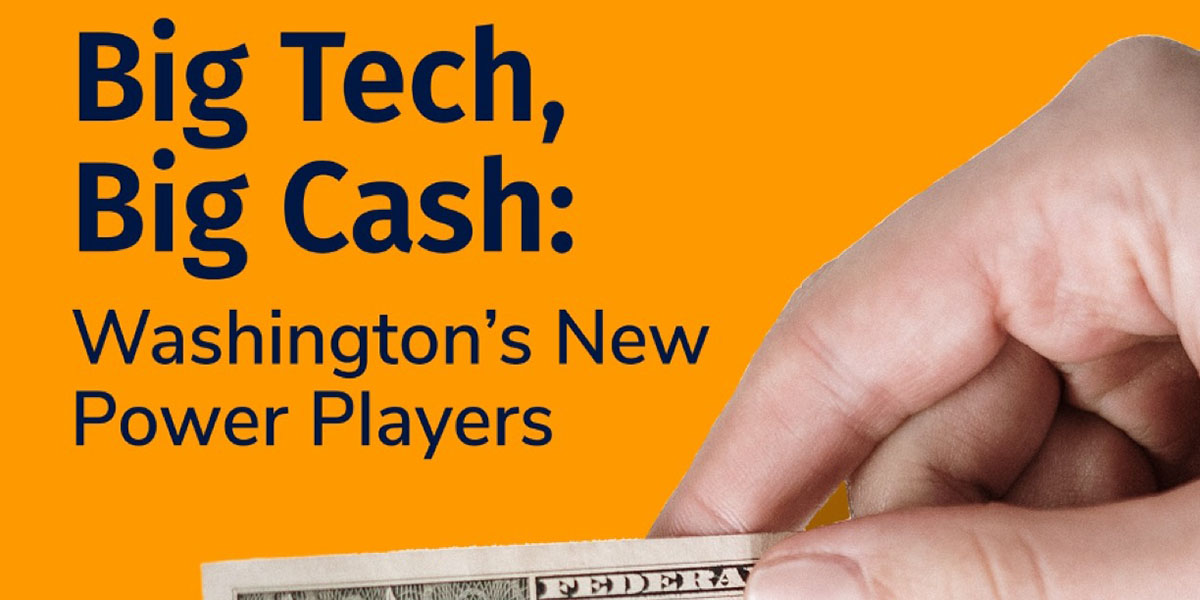 A new report from consumer advocacy nonprofit Public Citizen says that big tech companies are now the biggest lobbyists, and that the money they spend on influencing government policy has allowed them “to harm consumers, workers, and other businesses alike.”

However, while Apple is mentioned 27 times in the report, only one direct criticism is leveled at the company …

In recent years, Amazon, Apple, Facebook, and Google have all come under increased scrutiny for threatening our privacy, democracy, small businesses, and workers. In the race to amass monopoly power in their respective markets, these corporations have developed predatory business practices that harvest user data for profit, and facilitated discrimination by race, religion, national origin, age, and gender […]

Big Tech has eclipsed yesterday’s big lobbying spenders, Big Oil and Big Tobacco. In 2020, Amazon and Facebook spent nearly twice as much as Exxon and Philip Morris on lobbying.

During the 2020 election cycle, Big Tech spent $124 million in lobbying and campaign contributions –– breaking its own records from past election cycles […]

This report finds that the four companies have massively expanded their Washington influence machines –– eclipsing big spenders of yesterday like Big Oil and Tobacco, and making them among the most powerful corporate interests in Washington. It details their campaign and lobbying spending while providing an overview of their other efforts to influence policy making through advertising, support of researchers, and other means.

This pattern is repeated throughout the report, with Apple mostly named in conjunction with other companies, rather than having any specific charges leveled against it. Indeed, while referencing the “big four,” the report acknowledges that the bulk of the spending has been by Facebook and Amazon.

It also notes that Apple is the only one of the four tech giants not to have a political action committee (PAC).

The charts do show that Apple has roughly doubled the number of lobbyists it uses over the past decade, but they have just one specific criticism of the Cupertino company.

Amazon, Apple, Facebook, and Google also sponsor individual academics, who often fail to appropriately disclose conflicts of interest as a result of this funding. As one example, Fiona Scott Morton, a Yale University economist who has published multiple influential articles on the antitrust cases against Facebook and Google, was found in 2020 to have received funds from Amazon and Apple –– yet failed to disclose them until they was [sic] uncovered by reporters.

That’s not to say that Apple doesn’t lobby hard for its own interests, of course. We have seen multiple examples of the company doing that, including on some controversial topics – the latest one reported just yesterday.

At the same time, Apple does often seem to get inappropriately listed alongside tech giants with very different business models, especially in regard to privacy issues. It’s not clear to me that there’s much justification for including it so prominently in this report.