LinkedIn now wants to have its own Clubhouse-like platform 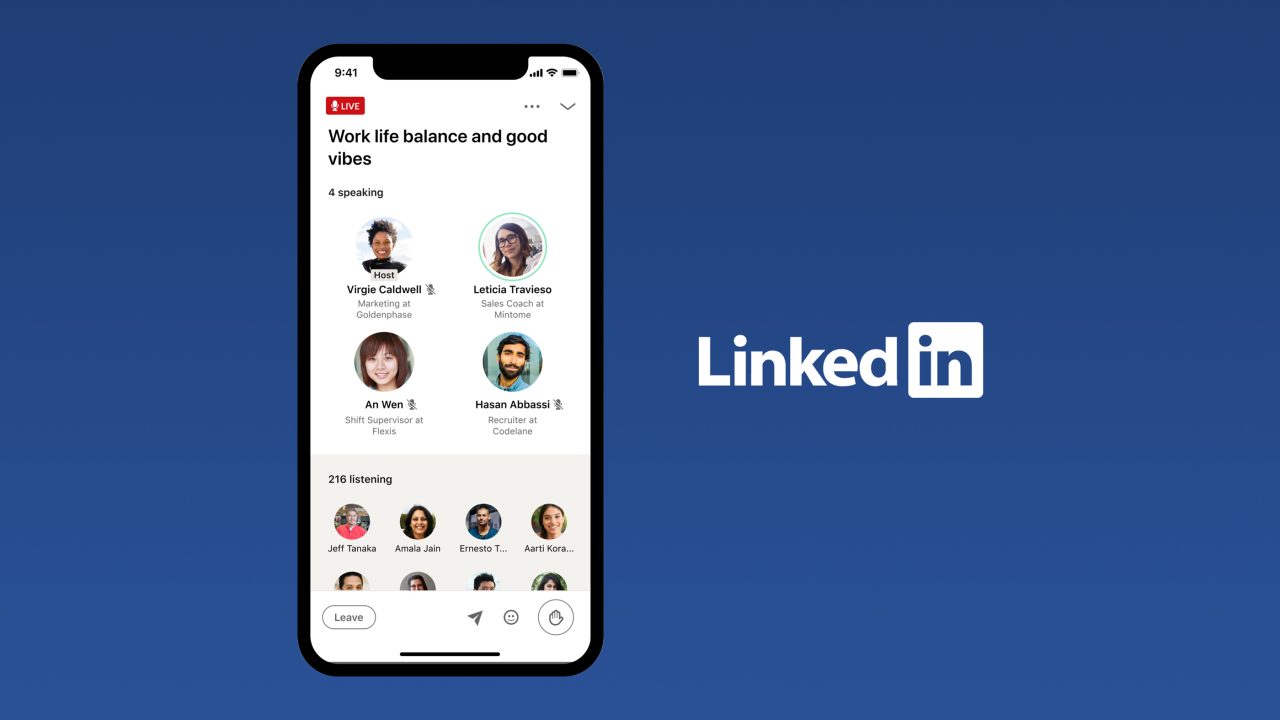 Clubhouse became a hit this year and other social networks have been moving quickly to compete with this new audio platform. Following Twitter, Facebook, and even Spotify, LinkedIn is now working on its own feature that works similarly to Clubhouse.

As shown by developer Alessandro Paluzzi, the current version of the LinkedIn app already has a hidden interface for this new audio chat platform. And just like other copies we’ve seen so far, the LinkedIn version of Clubhouse basically works like live rooms in which users can just listen or interact with others via audio and quick reactions.

A LinkedIn spokesperson later confirmed to TechCrunch that the company has been working on its own live audio chat room feature, but the actual plans to release it to the public remain unknown. According to LinkedIn, users have been interacting more and more with stories and video sharing, so they believe that an audio platform will also attract the community’s attention.

“We’re seeing nearly 50% growth in conversations on LinkedIn reflected in stories, video shares, and posts on the platform,” Suzi Owens, a spokesperson for LinkedIn, said when confirming its audio feature’s development. “We’re doing some early tests to create a unique audio experience connected to your professional identity. And, we’re looking at how we can bring audio to other parts of LinkedIn such as events and groups, to give our members even more ways to connect to their community,” she said.

The featured image you see in this article was shared by the LinkedIn spokesperson as a “conceptual UX mockup” of the new audio feature.

Earlier today, Spotify announced the acquisition of Betty Labs, a company focused on a live audio app for sports fans. Spotify confirmed that it will soon integrate this app as a new live audio experience for creators and fans of different subjects. Facebook is also working on a feature called Live Audio, while Telegram and Twitter have already launched similar platforms for users.