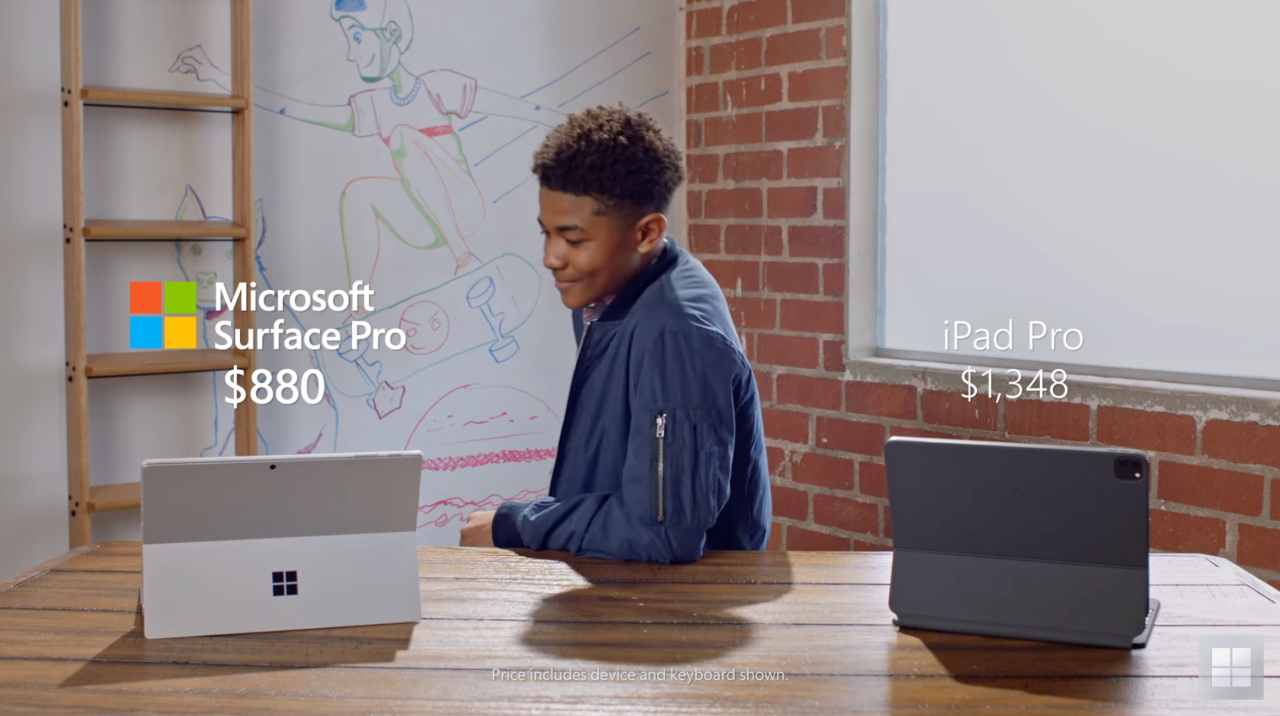 Over the last few months, Microsoft has been running an aggressive campaign throwing shade at Apple’s Macs. Now the latest ad from Microsoft takes shots at iPad Pro while touting the Surface Pro 7 as the “better choice” with the same strategy it’s been using.

In parallel with Microsoft’s “Still a Better Choice” campaign, Intel has also put a lot of energy into its latest “Go PC” campaign this year that started back in February. It even hired Justin Long – the former “I’m a Mac” star to mock the M1 Macs last month.

Now Microsoft is out with its newest “Surface Pro 7: Still the Better Choice” ad. Previously we saw the company pitch the Surface Pro 7 as a better option over the MacBook Pro. Now the new ad takes some shots at the iPad Pro in the same uninspired style as the previous ads.

The short 30-second ad mocks the iPad Pro for not having a built-in kickstand, just having one USB-C port, the Magic Keyboard being heavy, not being a “full computer and a tablet” and costing more than the Surface Pro 7.

In contrast, Microsoft says the “Surface Pro 7 has everything you need to do what you love.”