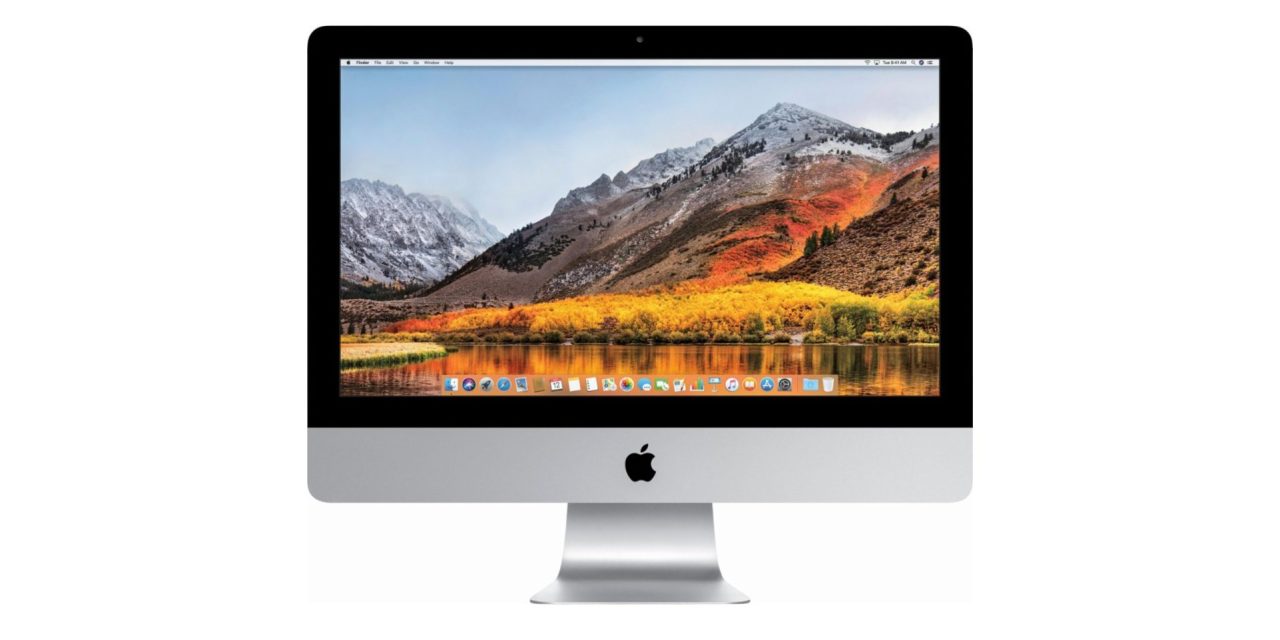 As rumors about a potential 24-inch Apple Silicon iMac continue to swirl, various models of the current 21.5-inch iMac are significantly back-ordered from Apple’s Online Store. Many models are also unavailable for pickup from Apple Stores around the United States, but this could be due to chip shortages.

Currently, Apple’s Online Store indicates that the base model 21.5-inch iMac is back-ordered until April 27 through April 29. Upgrading to the 16GB RAM/1TB Fusion Drive configurations further delays delivery, pushing estimations into May.

This isn’t the first hint we’ve seen at a potential new iMac. Last month, Apple officially discontinued the 512GB and 1TB SSD options for the 21.5-inch iMac, signaling production changes could be underway.

But something else to keep in mind is that there is currently a worldwide chip shortage affecting virtually every technology company. In the past, the availability of current-generation Apple products could sometimes serve as a good indication of an update looming, but that’s not necessarily the case right now due to the broader industry chip shortages.

For comparison’s sake, the 27-inch iMac is still largely in stock and available, although certain custom configurations are back-ordered a bit further than usual. The higher-end 21.5-inch iMacs are also still largely available.

Rumors have suggested that Apple has a redesigned iMac with Apple Silicon on the way sometime this year. The 21.5-inch model will reportedly get a larger 24-inch display, while the 27-inch could be boosted to 30-inches. It is possible that the 24-inch iMac is released before the 27-inch iMac, given potential differences in performance.

Apple is holding a special event next Tuesday, April 20. While it remains to be seen whether a new iMac is announced, we’ll have full coverage of everything Apple does unveil right here on 9to5Mac.