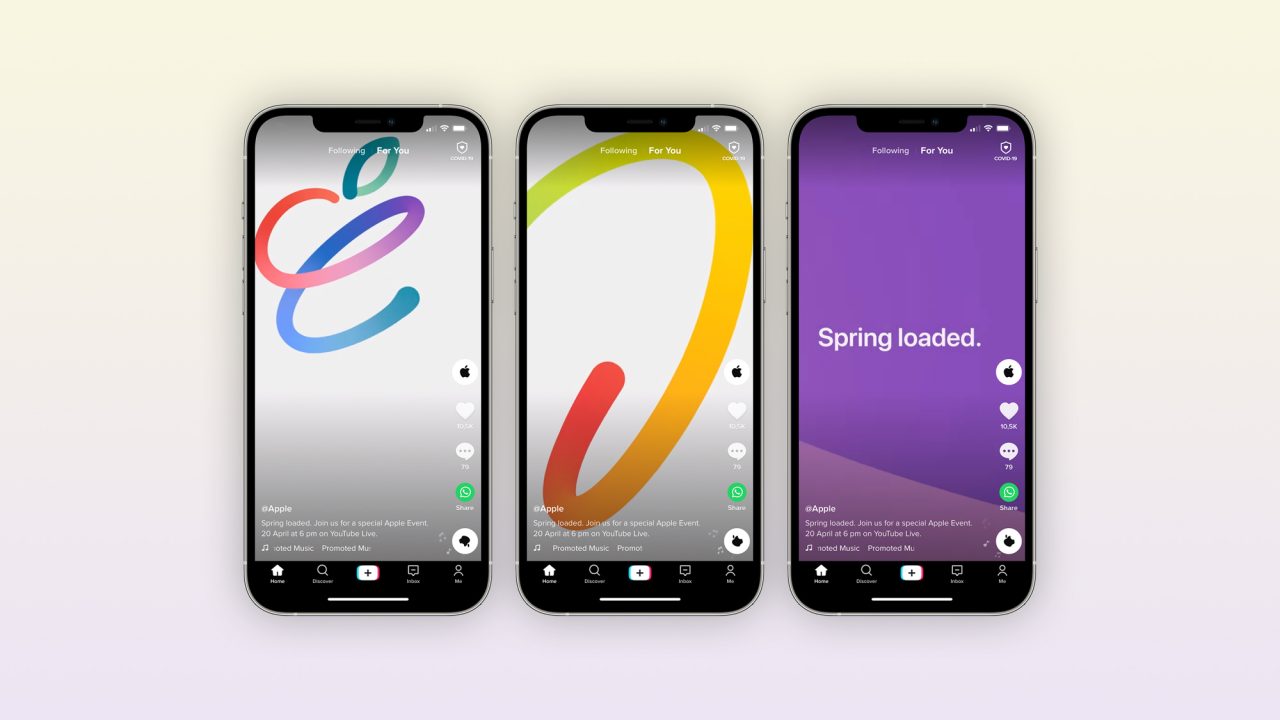 Apple’s special “Spring Loaded” event is already scheduled for Tuesday, April 20. And as the date approaches, the company has been promoting its presentation live on social media. This time, Apple promoted the April event with a short advertisement on TikTok.

As noted by The Apple Post, the ad began showing up for some TikTok users on Friday. In a 10-second video, Apple uses the animated version of the event invitation image to ask people to join the live presentation on the 20th. Interestingly enough, the ad promotes the live streaming of the event on YouTube instead of redirecting users to Apple’s official website.

Spring loaded. Join us for a special Apple Event. 20 April at 6 pm on YouTube Live.

Although Apple has never been as active on social networks as other companies, the company has been doing a good job of investing in fun campaigns for the online audience — which should probably reach younger users.

Apple created its official TikTok account almost a year ago, but it only used the account for the first time in November 2020 with a new iPhone 12 mini campaign made on the social network with fun videos from popular influencers. The company later launched another campaign on TikTok last month to promote the Apple Watch with a new dance challenge in Brazil, following a challenge that highlights the AirPods Pro.

Spring loaded. Join us for a special Apple Event. 20 April at 6 pm on YouTube Live.

Stay tuned to 9to5Mac for more coverage of Apple’s April announcement on Tuesday.