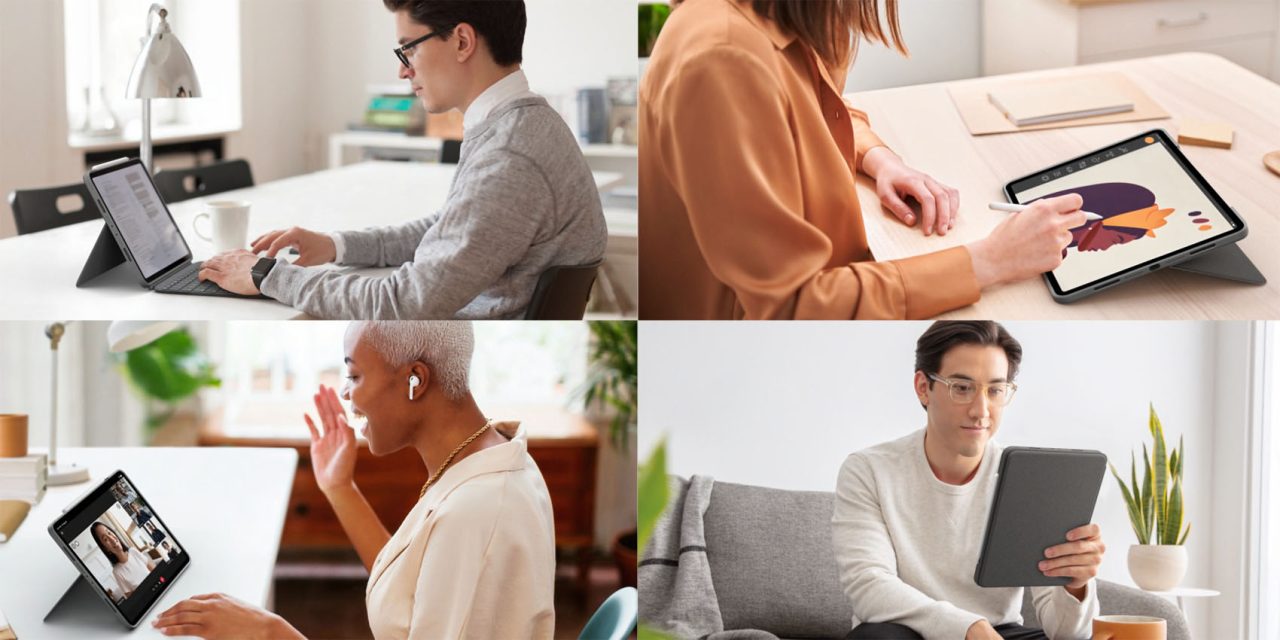 If the combined price of the new iPad Pro models and Apple’s Magic Keyboard has your eyes watering, the Logitech Combo Touch might be an option worth considering if you’re prepared to wait a little while.

We noted in our review of the first-generation Combo Touch that it was a little bulky, but Engadget says Logitech has managed to slim down the latest models.

Logitech has, quite predictably, released new versions of its Combo Touch keyboard case for Apple’s newly announced iPad Pros. The company introduced the accessory for the 2019 iPad, 2019 iPad Air and 2017 iPad Pro last year, a few days before Apple rolled out iPadOS 13.4 with its full mouse and trackpad support. That software update allowed you to treat the tablet like a true laptop capable of multi-touch gestures for navigation, such as dragging and scrolling. Logitech’s Combo Touch gives you a way to take full advantage of that capability.

Combo Touch for the third-gen 11-inch iPad Pro and the fifth-generation 12.9-inch iPad Pro has a detachable keyboard, which you can remove while you’re sketching or reading. The company says the updated Combo Touch is thinner than its predecessor and has the largest trackpad it has ever created for a keyboard case. Since it lets you click anywhere for navigation, you’ll have more surface to work with.

The case also comes with an open side, so you can keep an Apple Pencil attached to the iPad. And, it connects to your tablet through its Smart Connector, so you don’t need to worry about the keyboard running out of battery.

Logitech’s website says that both models are “coming soon,” joining models available for older iPads, but doesn’t get any more specific than that. The company says it’s more flexible that Apple’s Magic Keyboard in offering four modes.

Type Mode: Dock the keyboard upright, pull out the kickstand, and you’re ready to type out notes, emails, and more.

View Mode: Detach the keyboard and pull out the kickstand to watch movies and videos.

Sketch Mode: Fully extend the kickstand for the perfect angle to take handwritten notes and draw with Apple Pencil® or Logitech Crayon.

If you’re happy with a Bluetooth connection to a keyboard powered by its own battery, there are of course many more options at a wide range of prices.