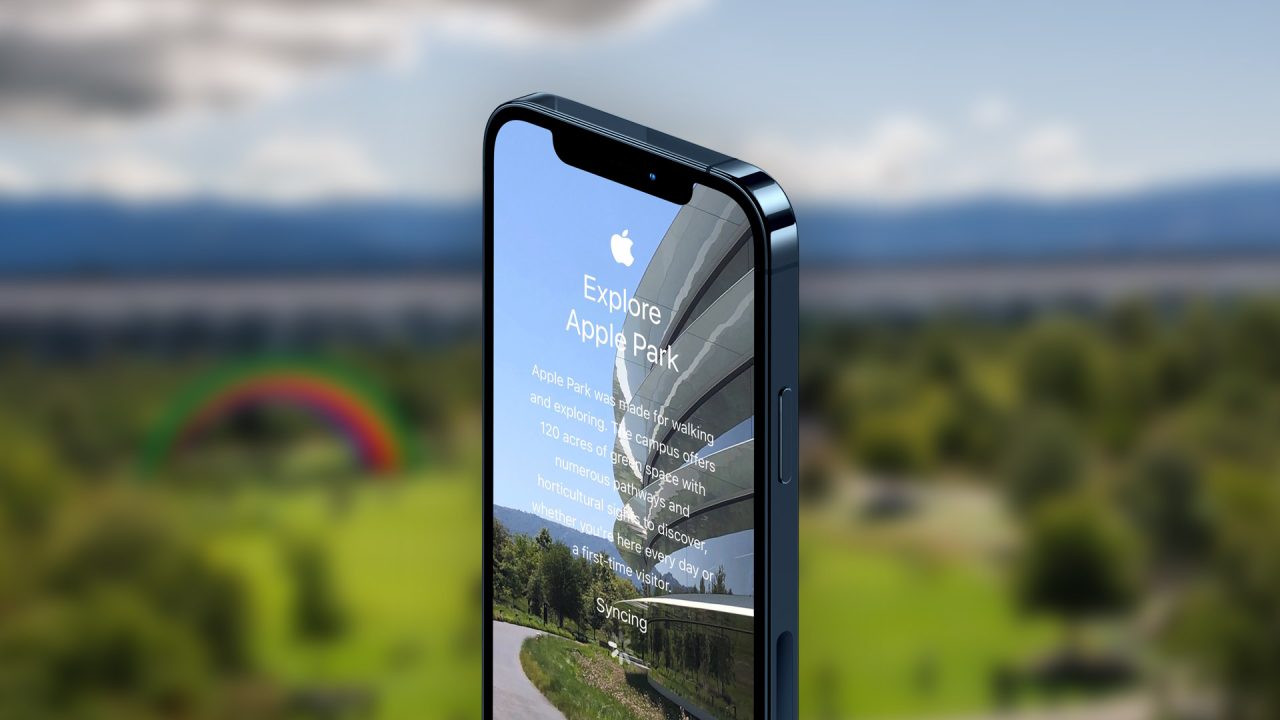 Most of you are probably already familiar with Apple Park, Apple’s iconic new campus that opened in 2017 and has hosted pretty much every Apple event since then. Despite this, the campus is not open to the public, which makes us even more curious about its structure. Luckily we can now get a better look at Apple Park, thanks to an internal app the company made for employees that is called “Tour Apple Park.”

A Twitter user identified as Andrey shared some images taken from this internal app on his profile, and also told 9to5Mac more details about it.

The internal app was developed to act as a guide to welcome new employees, and also encourage them to walk around the park, get to know the surroundings, and do physical activities there. Since it’s a private app, there is no way to access it without being an Apple employee.

Within the Apple Park Tour app there are a number of maps with suggested routes for a walk around campus, which includes points such as the Fitness Center, the Caffè Macs cafeteria, and the well-known Steve Jobs Theater.

Apple has also created illustrations that represent the flora found in Apple Park, such as olive trees, orchards, and more. There are even audio-guided walks that explain in-depth details about the construction of Apple Park, which you can listen to below:

The audios even mention details about how Steve Jobs envisioned the creation of Apple Park.

We begin this tour on the road outside Entry 4. Standing here, it’s hard to believe that prior to the development of Apple Park, this site was completely flat. Today, the topography is one of its most significant features. Why did we create these hills, and why did we design them this way?

The hills play an essential role on the site. For one, they obscure Apple Park’s massive south parking structures, which are four stories high and house over 6,000 cars. From here, you can’t even see them, though they’re right on the other side. And you can’t hear any noise from the traffic on Interstate 280. The hills are a buffer, and a beautiful, ambitious one at that.

They bring Steve’s vision for Apple Park to life. From our first conversations about the campus, there was this emphasis from him on health and having jogging trails. That was a directive. The notion that it’s good for you to go outside, it’s good for you to have to walk between your car and your desk. That was very clear from him.

Steve was known for walking up to the Dish at Stanford, so we have hills at Apple Park where you can go up for a walk or jog. The trail winds all the way around the perimeter of these hills. You can really get away, just go out and be on the trail. At the highest point, you can even see as far as the Diablo Range.

For many people, these hills are their favorite place to go. So let’s go hike them! We’ll pick up the jogging trail across from Entry 3.

Check out the images of the Apple Park Tour app shared by Andrey: