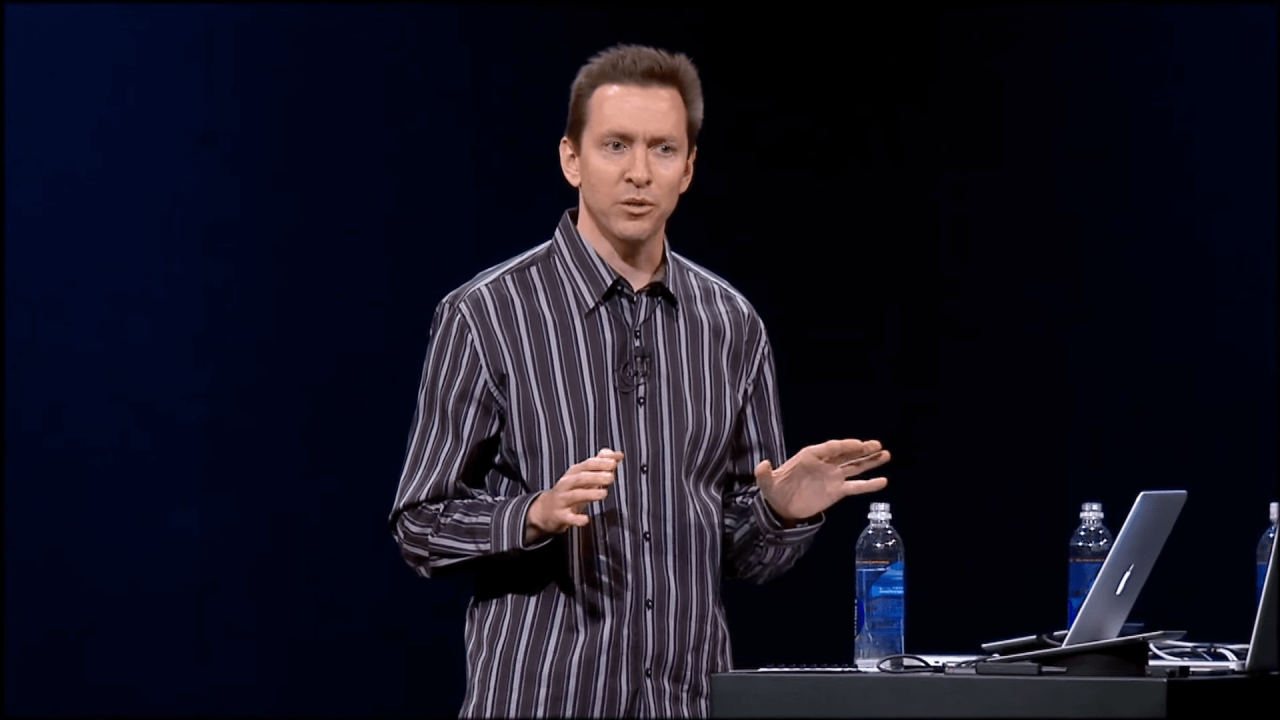 Ahead of the Epic vs Apple trial officially kicking off next week, Epic Games today has released transcripts of depositions it held with current and former Apple executives. While the Eddy Cue deposition revealed details about Apple bringing iMessage to Android, Scott Forstall’s deposition proivdes an interesting look at the early days of the iPhone’s development.

Forstall served as Apple’s software engineering chief until 2012 and played a major role in the development of the first iPhone as well as iPhoneOS. One of the key topics in the deposition is Apple’s early decision to not offer a third-party App Store on iPhone. As Forstall explains, Steve Jobs was one of the biggest opponents to an App Store.

Forstall: There were executives at Apple that thought we should never release the ability for third parties to do any natively compiled applications.

There were executives who thought –– and they thought we should just have web applications and –– and then websites running with web standards inside of the browser or browsers on the platform, the browser.

Questioner: Who are the executives who fell into the first bucket that you mentioned that felt that Apple should never open up the platform to third party native applications?

Forstall: Steve Jobs was the most prominent of those. I don’t remember specifically who else argued that point. But Steve –– Steve thought that we should not enable third party app development at all, as needed app development.

Questioner: And is it fair to say that you stood on the other side of this, the other end of the spectrum on that particular issue?

Forstall: I was probably the –– the most vocal advocate for enabling third party app development in an App Store, and this [is] discussions Steve and I had multiple times, heated ways.

Forstall elaborates in the deposition that his experience with web applications made it “very clear that those apps would not be as good as native apps, and I wanted to have the best possible apps in the platform we could.”

The former Apple software executive also touches on the early days of iPhoneOS, and its reliance on a Mac OS X foundation. He also commented on jailbreaking, something that was popular early on:

Forstall: I would say we were very concerned about people building viruses or malware for the phone, and so any activity that I saw that involved jailbreaking, and then trying to create malicious code, we would viglilantly respond to and were not concerned, even if it were a tsunami, that we would give up on that.

We were going to be vigiliant for all time as protecting people in the security and the privacy of their phones. I thought, as I argued a year earlier, that we should be creating a platform and both enable and encourage developers to build native apsp for the phones.

So I did not see this as a bad thing that developers wanted to dedicate their time and energy and lives to building something cool for our platform. If that cool thing was not malware or a virus or something problematic.

Questioner: Do you recall that there was a debate within Apple about whether Apple should allow distribution only through the App Store or whether it should allow developers to distribute native apps through other means?

Forstall: So there were discussions about what the distribution mechanisms could be, and as you pointed out in one of the white papers we looked at, it talked about potential mechanisms in the operating system for how to make each of these secure in different ways.

There were discussions about how we could enable developers to distribute their apps, one being the App Store, another being distribute them sort of directly the way, say, people do on Windows. Although, I think Windows might have an App Store now also.

So we had discussions about the merits and dangers of distributing in different ways, within a company, and then beyond the company.

Questioner: Who were the main proponents of distribution only through the APp Store?

Forstall: After we had gone through the discussion, I think basically all of the execs were proponents of the App Store, plus our enterprise distribution models as being the two best mechanisms to protect our mutual customers and get wide distribution for developers.

On why Apple added in-app purchase support to the App Store:

Forstall: I mean, there are a number of reasons we added IAP. It was to make it easier for developers to sell digital goods.

If you’re a game developer and you have an extra level that you’d like to sell, but the customer has to enter a credit card, that could be a huge impediment to the customer buying that extra level; whereas, if it just says, “Hey, click this button, and, for 99 cents, you get another level,” the user is much more likely to click it. And Apple already has your credit card on file, so it –– it really streamlines it. And it’s a huge win for the developer to have an easy mechanism built in to –– to sell goods inside the app. So that was –– that was the main reason we did it: to make it much easier for developers to have another revenue stream.

And as the App Store –– as apps matured, we just learned a lot more about different mechanisms for how to help developers make money.

The Apple vs Epic Games trial is set to begin on Monday, May 3. You can read Epic’s full deposition filing right here (via the Verge).