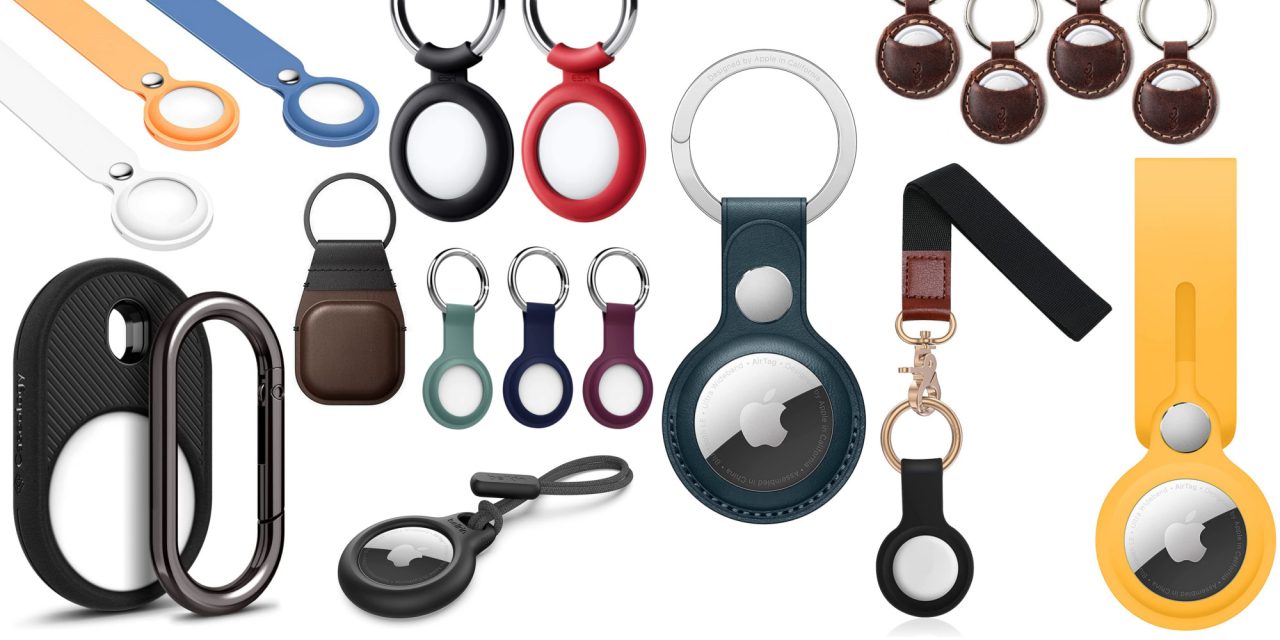 Now that we’ve had a chance to give some of the best AirTag keychains, cases, covers, and straps a try, alongside covering the launch of the top third-party brands, it’s time to round up the best-of-the-best. While overall sentiment has been somewhat lukewarm in some circles for the official Apple offerings (mostly a price thing it would appear), there’s no denying how important it’s going to be for some folks to ensure their slippery little Apple trackers are safe and secure. Dropping one in the bottom of your wallet or bag will certainly do the trick, but it’s also a less-than-elegant way to carry your latest Apple gear. The price of some of the AirTag straps, covers, and keychains can exceed that of the actual item tracker, so we have rounded up some options across all price ranges to give folks an idea of what’s out there and how to best make use of their AirTag accessory budget.

Before you dive into all of the best AirTag gear below, here’s everything you need to know about AirTag support on the web version of Apple Find My. You’ll also want to dive into our hands-on impressions of AirTag and the Apple accessories before making any final decisions. Not to mention this handy AirTag setup guide of sorts detailing Lost Mode, battery replacement, teardown, and what all those AirTag sounds actually mean.

Head below for all of the best options available right now and you can expect even more to get added to the list in the coming days/weeks as additional models land at the 9to5 offices around the globe. These are just some of the brands we are familiar with and/or options we have had a chance to take a look at thus far:

Or $21 with our promotion code

Or $68 with our promotion code

Tough, durable, sandstone textured TPU keeps your AirTag safe…Convenient carabiner allows you to clip on and go… Will not disrupt signal or sound transmission.

Protective cover made of soft silicone is professionally designed for newly released AirTags; a metallic key chain not easy to rust for long-time use

In black, blue, white, and red

Flexible, tough, and grippy silicone safely holds onto your Tag and takes just seconds to put on…Open design on both sides keeps your Tag’s signal strong and stable…Smooth finish lets you clean off dust and grime with a quick wipe or rinse.

Even more colors direct from Belkin

Even more colors direct from Belkin

Comes with a detachable nylon hand strap, you could buckle the hand strap up to the keychain ring

The first waterproof case for Apple AirTags. Other open designs let AirTags get scratched and take abuse from everything else in your pocket (sorry Hermès). Nondescript, doesn’t visually broadcast that it’s an AirTag case. Ultra-durable composite construction with stainless steel hardware.

Made from premium bonded powermesh, it sticks to virtually any fabric surface with a proprietary adhesive backing.

Made from a rugged aramid fiber shell and backed with a super strong adhesive, you can stick an AirTag to any flat surface.

Built with a flexible silicone construction, it’s easy to conform to virtually any hard surface you want to stick an AirTag to…watertight shell and rugged adhesive.

Some are currently out of stock at Apple but be sure to check out the direct options as well: Hermès now offering $699 AirTag travel tag and new $570 MagSafe case exclusively on its website