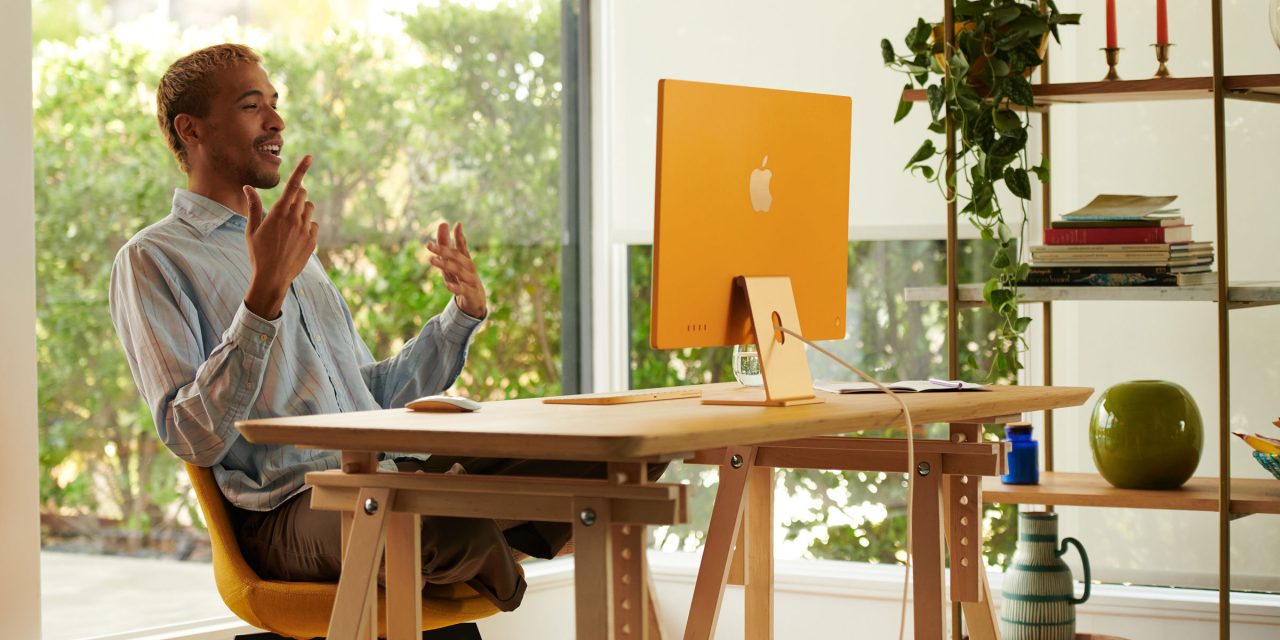 Apple’s launch of the 24-inch M1 iMac is likely to see the company become the market leader in All-In-One (AIO) PCs this year, according to a new market intelligence report. Apple is set to overtake HP partly due to the appeal of the all-new iMac, but also in part due to Apple’s advantage in the chip supply chain.

HP achieved its success in AIO PCs through a combination of a good range of sizes, stylish design, and extremely affordable pricing …

At the lower end, the specs are nothing to write home about. For example, the HP 24-inch AIO offers an AMD Athlon processor, 1920×1080 display, 8GB RAM, and 256GB SSD. However, that’s good enough for everyday computing needs for many, and the stylish design with thin bezels sold at an extremely affordable price has made it a popular choice.

However, the PC maker has been hit hard by the global shortage, leaving it struggling to meet demand. A quick check on Amazon reveals that many models are currently available.

Apple, of course, has the advantage of commissioning TSMC to make its own M1 processors, and has the clout and operational expertise to have negotiated exclusive supply of many other chips. Coupled to other suppliers focusing on higher-spec, higher-margin chips, that puts the Cupertino company in a much better position than most.

A paywalled Digitimes report says that should see Apple overtake HP in the AIO market.

With chip and component suppliers prioritizing their shipments supporting high-end products, such as the iMac, Apple is likely to overtake HP as the top all-in-one (AIO) PC brand vendor, according to industry sources.

Apple will not, however, remain immune to the chip shortage. The company said that it made it safely through the first quarter (Apple’s fiscal Q2), but does see shortages ahead.

Cook explained: “We did not have a material supply shortage in Q2. You wind up collapsing all of your buffers and offsets. That happens all the way through the supply chain. That enables you to go a bit higher than what we were expecting to sell when we went into the quarter.”

The supply shortages in the fiscal third quarter will primarily impact the Mac and iPad lineups, Cook and CFO Luca Maestri explained during the call. “We expect to be supply-gated, not demand-gated,” Cook told analysts.

An Apple Silicon replacement for the 27-inch iMac is expected later in the year, likely with a larger screen size. The smart money would be on a 32-inch model to match the Pro Display XDR.