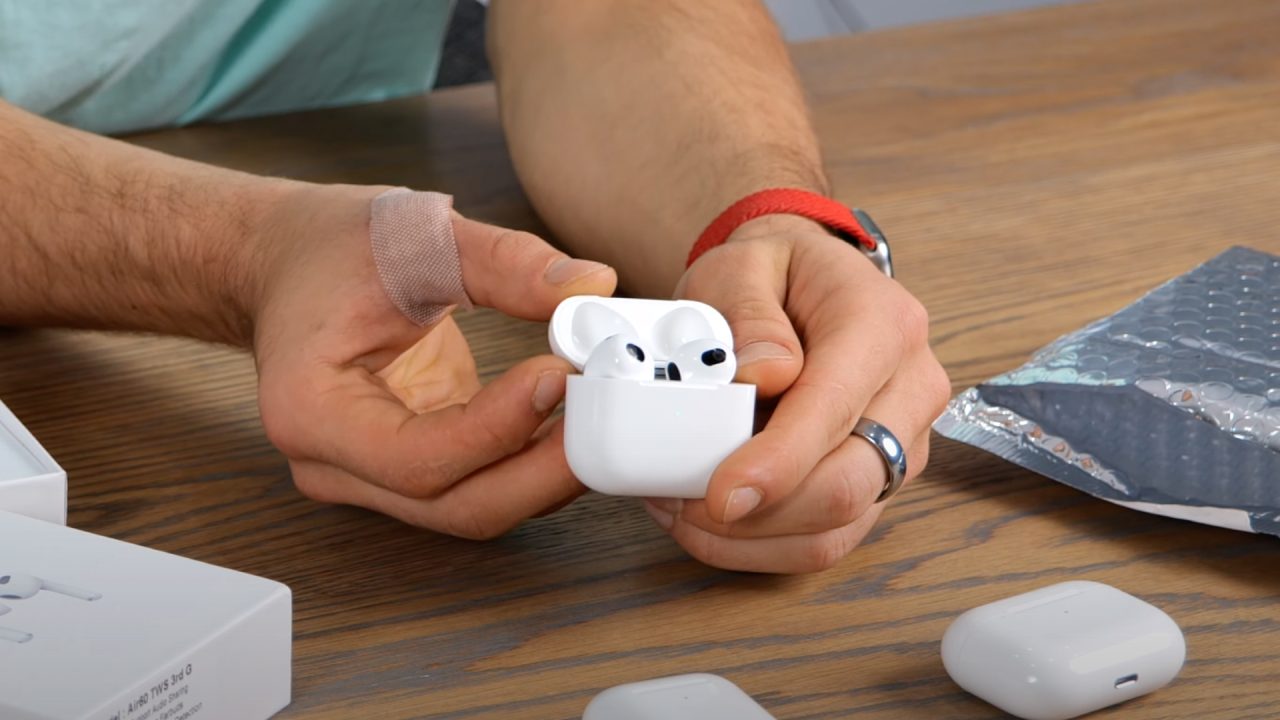 As AirPods 3 rumors continue to circle, YouTuber EverythingApplePro has just unboxed an AirPods 3 copycat and compared these rumored wireless earbuds with the other AirPods released by Apple. This gives us a close-up look at the design changes Apple is rumored to make with the AirPods 3 later this year.

It’s been a while since rumors about the third-generation AirPods started. In late February, rumors pointed that Apple would unveil its third-generation AirPods at a March event, but neither of these things happened. By the time the company announced its ‘Spring Loaded’ event in April, reliable Apple analyst Ming-Chi Kuo predicted we wouldn’t see AirPods 3 before Q3.

As EverythingApplePro shows in his latest YouTube video, the AirPods copycats are called Air60 TWS, and they have the same measures people expect the new Apple wireless earbuds to have.

The AirPods 3 will likely feature a new form factor and design “similar to AirPods Pro,” though Kuo did not offer any details. More recent leaked images indicated that these new AirPods will not feature replaceable ear tips, neither Transparency and Active Noise Cancelling modes.

As for now, it’s unclear whether this new wireless earbud will have the H1 chip for better audio connection and quality or a newer one. Apple could also introduce the U1 chip in the AirPods line.

Pricing information is unclear, but at least one report has suggested that AirPods 3 will cost roughly 20% less than AirPods Pro, which indicates a $199 price point. This is a noticeable increase in price compared to the current AirPods lineup, but it would make sense if Apple only sells the model with a wireless charging case.

Check out the full AirPods 3 copycat unboxing video below.