Apple adds ‘Made In India’ to the Appstore 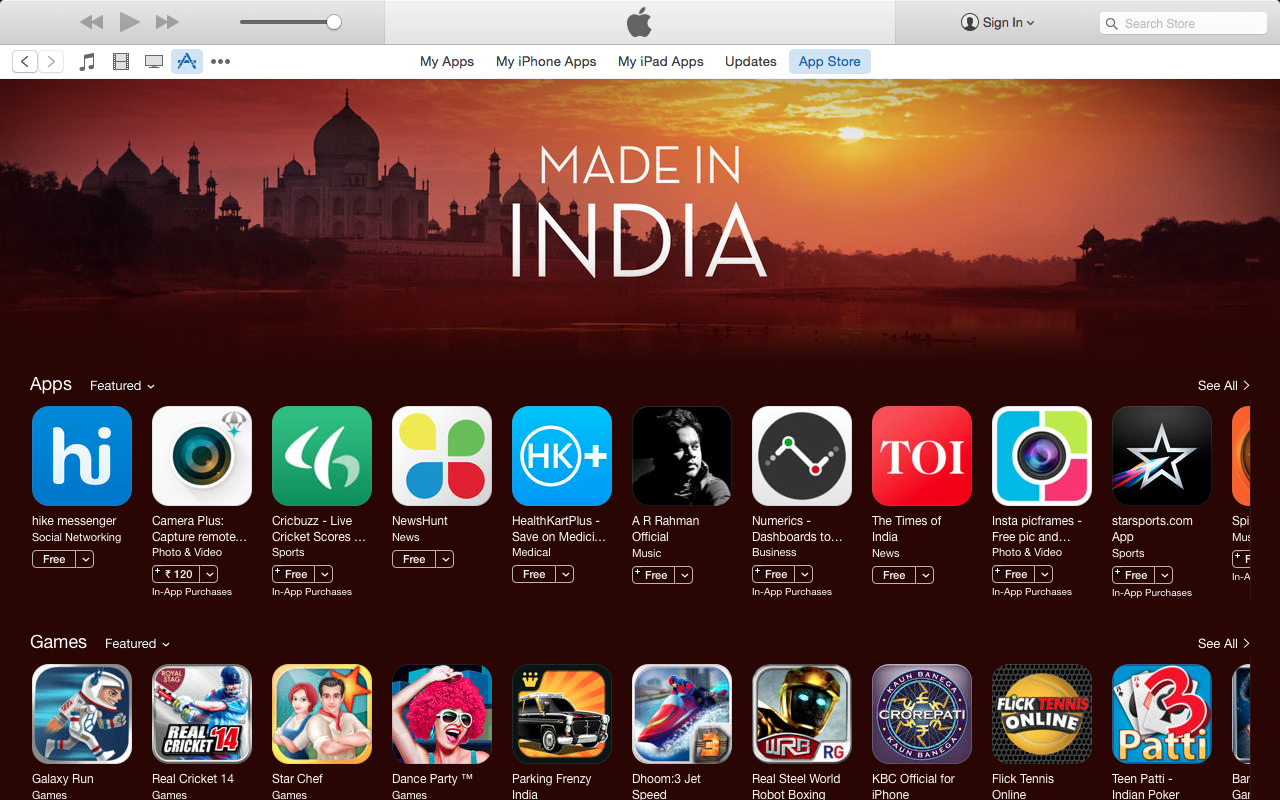 Apple surprised iPhone & iPad users in India this Friday with its new category on the Apps Store. Apple added a new category in the featured slideshow with the category titled ‘Made in India’. It has a background of Taj Mahal, one of the seven wonders of the world and one of the iconic images that represent India.

With a bundle of apps created by Indian developers in the list, it is still limited in choice. Only a few of highly featured apps have been included in this category but this is a new beginning and it looks promising. This move is not surprising as in the past, Apple CEO Tim Cook has said ‘India is Major Market for Apple & Apple is very much interested in India’. This category for now is only available on the Indian Store. Apple India could not be reached for comment.

Have a look at the screenshot: Screenshot