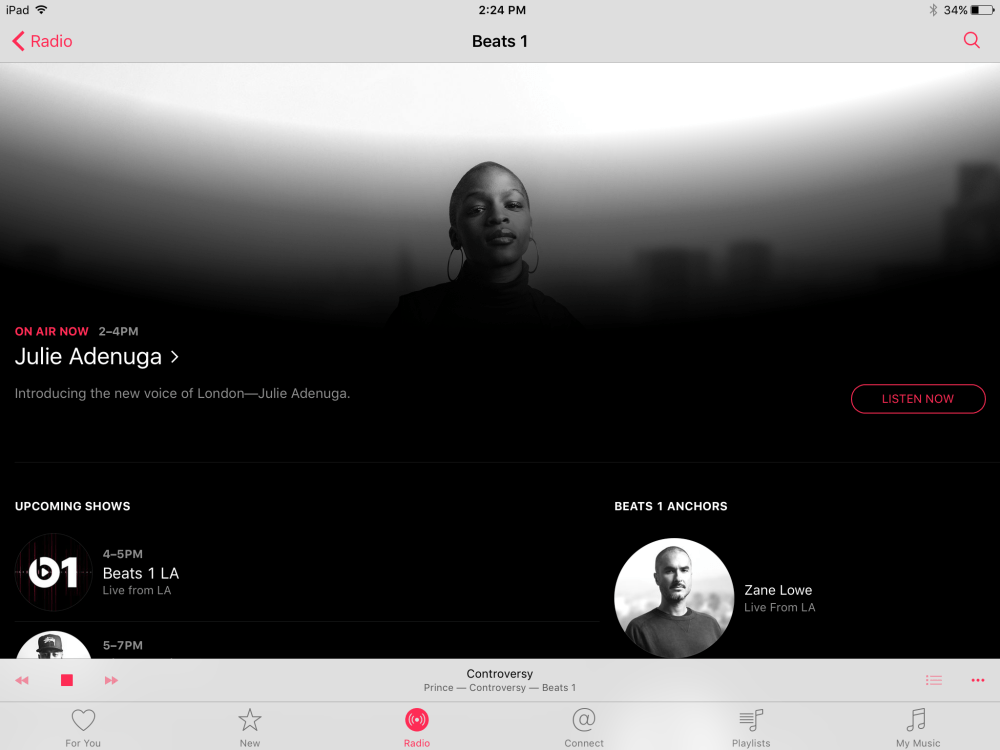 TMZ broke the news today that legendary artist Prince passed away at the age of 57, which the performer’s publicist later confirmed to the AP. Apple executives and hosts on Apple Music’s Beats 1 streaming station all reacted to the heartbreaking news:

Prince was a true innovator and a singular artist. His music and influence will live on for generations. Rest in peace.

“The sky was all purple” RIP #Prince

Prince’s was the music of my life. A love affair that started in high school. Revolutionary, soulful, and downright genius. RIP. #Prince

And over on Apple’s Beats 1 streaming radio station, Zane Lowe suspended an interview with Run the Jewels to dedicate the afternoon to playing Prince’s music:

I can’t believe he has gone. Thank you for everything Prince. You will always be The Greatest #RIPPrince

Julie Adenuga picked up the tribute during her shift as well:

Nowhere near finished celebrating the life & music of one of the world’s greatest performers. Thank you Prince.

Snapchat has its own tribute today with a special purple rain filter:

Snapchat has a purple rain filter.