This should explain the Apple TV-Philips HDTV rumors

Several reports sourcing back to The Hindu Business Line have suggested that electronics brand Philips is launching an HDTV with Apple TV features like AirPlay and iTunes included. The report cites a statement from PE Electronics, which holds a licensing agreement with Philips for sharing the brand, but otherwise details about the Philips HDTV embedded with an Apple TV is likely just a bundle of the two devices sold together at retail. See the ad below. 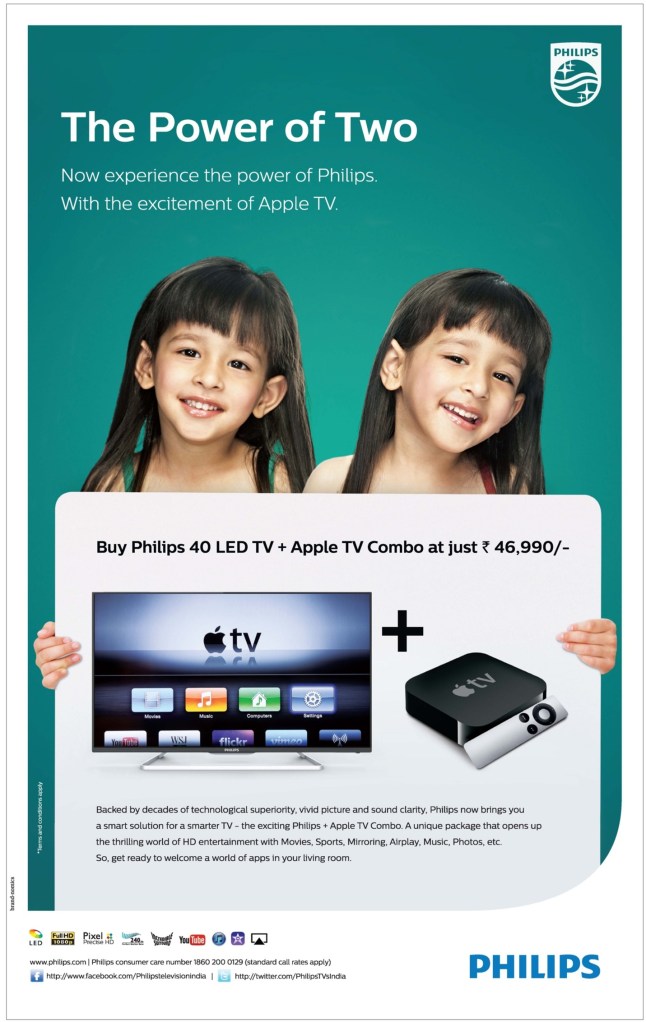 Update: Philips has told Business Insider the bundle is indeed the source of confusion:

Philips Electronics’ India division told Business Insider that there was some misinterpretation regarding the company’s announcement. The company is offering a bundle deal that includes an Apple TV on select Philips TV models and a three-year warranty.