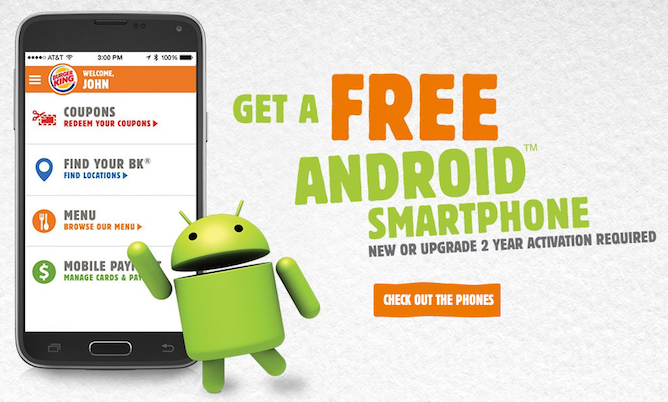 Seems whoever is in charge of promotions at Burger King isn’t much of a smartphone fan. First they managed to run a photo of a Samsung Galaxy S5 running the version of Android used by HTC, then when someone seemingly noticed that they replaced it with an S5 running … iOS.

Just to add to the fun, they shouldn’t have used an S5 in the first place as the closest thing you can get to it in the list of phones included in the promotion is the previous-generation S4.

Still, if you want an old, Android phone, and are willing to sign up to a two-year contract to get one, all you have to do is use the Burger King app. Form an orderly queue …