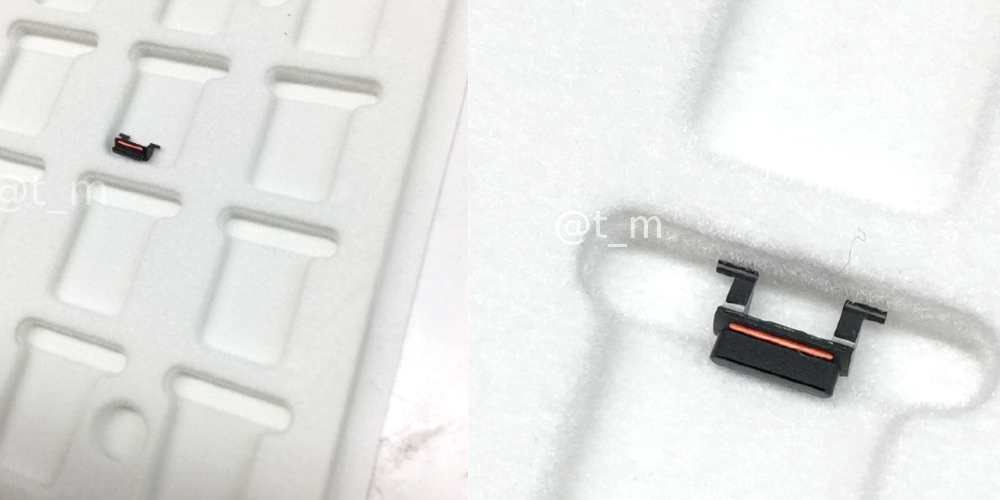 One of the iPhone 7 rumors that has excited many is that we may see a Space Black model, rather than – or in addition to – the usual Space Gray. Renders have given us a sense of what that might look like, and a poll of 9to5Mac readers showed that it would be popular if offered.

All the evidence so far, however, is pretty thin, and the latest suggested proof is about as slim as it gets: something claimed to be the mute switch of a black iPhone 7.

While the component is roughly the right shape, and the red line matches the current design, it’s from an unknown source and could be from just about anything.

But for those of us of the view that phones should be black, it perhaps offers a small piece of encouragement that perhaps Apple has been listening.