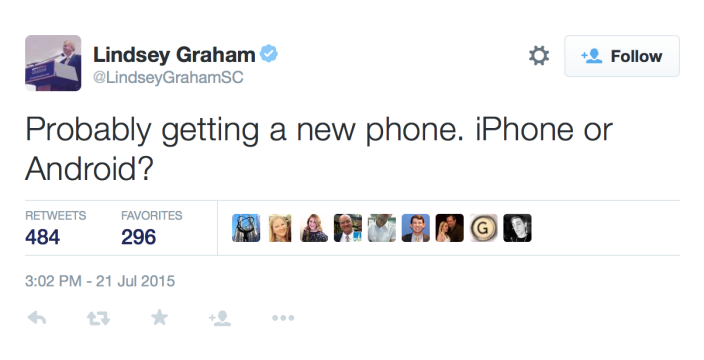 Republican presidential candidate Donald Trump responded to Senator Lindsey Graham calling him a jackass today by publicly revealing a phone number belonging to the senator in front of a crowd of supporters. Graham responded on Twitter by saying he was ‘probably getting a new phone’ and asking his followers whether he should choose Android or iOS. It would probably be easier to just change that phone number, right? Either way, I’d wait for the iPhone 6S.