Extremely sketchy photo claims to show 4.7-inch and 5.5-inch iPhone 6 side by side 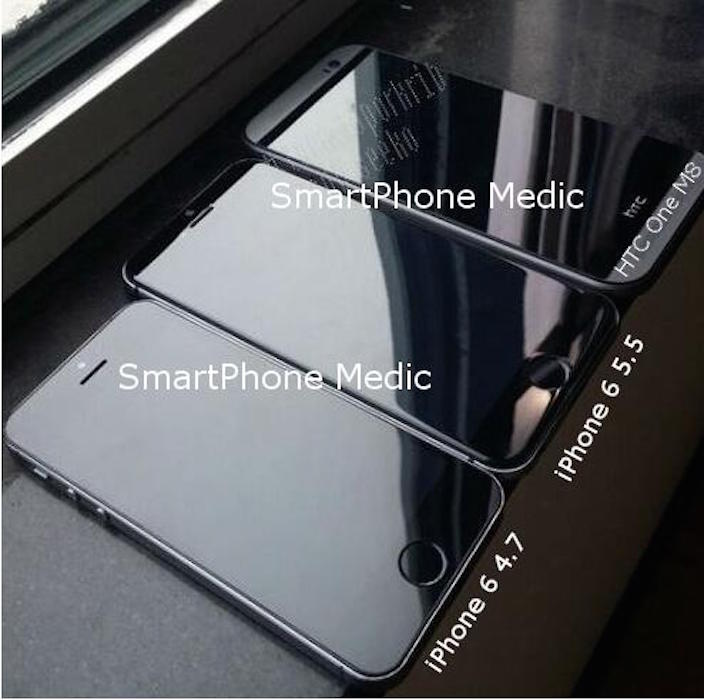 While there’s no reason to believe that these are anything more than mockups passed off as the real thing, the above photo has surfaced online claiming to depict the 4.7-inch and 5.5-inch iPhone 6 expected to be announced later this year. If for no other reason to take these devices with a whopping grain of salt, the 5.5-inch iPhone 6 seems to be about the same size as the HTC One M8 shown next to it which features a 5-inch display. Nevertheless, recent reports have said that iPhone 6 production will kick off next month as the supply chain ramps up hiring and both iPhone 6 size options are expected to be unveiled later this year.