How to not get away with stealing an iPhone 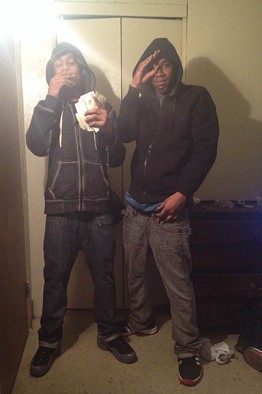 Selfies are officially criminal now, or at least for these two Brooklyn teenagers.

The 16 and 19 year old kids were charged with a series of robberies, the WSJ says, and ultimately it was this selfie taken with a stolen iPhone and automatically uploaded to iCloud that lead police to the suspects.

Maybe next time they’ll think twice before they snap a selfie… or… well… steal an iPhone.