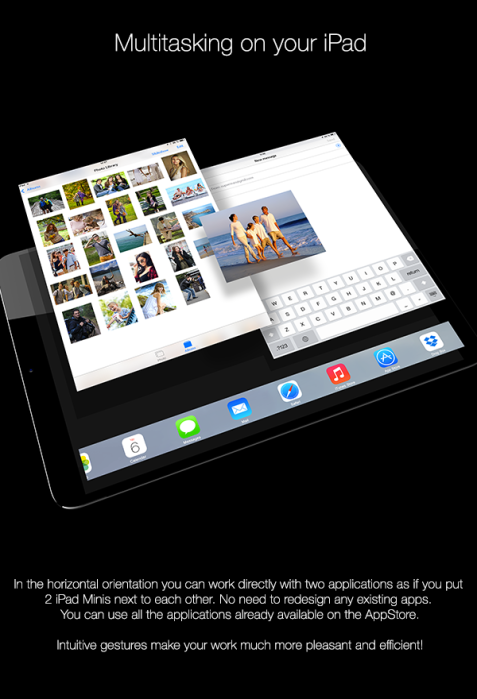 This “iPad Pro” concept comes from the same people that imagined a redesign of Apple’s Messages app for OS X not too long ago. Of course based on the rumors of a 12.9-inch iPad model that started to get serious when The Wall Street Journal reported back in July that Apple was indeed testing larger screens for both its iPhones and tablets.

The concept imagines the possibilities for multitasking on the larger display, as highlighted in the gallery below, such as the ability to have two apps running side by side. That’s a feature that Samsung has been mocking Apple for not having on the iPad in its latest ads.

Full gallery of the concept is below: