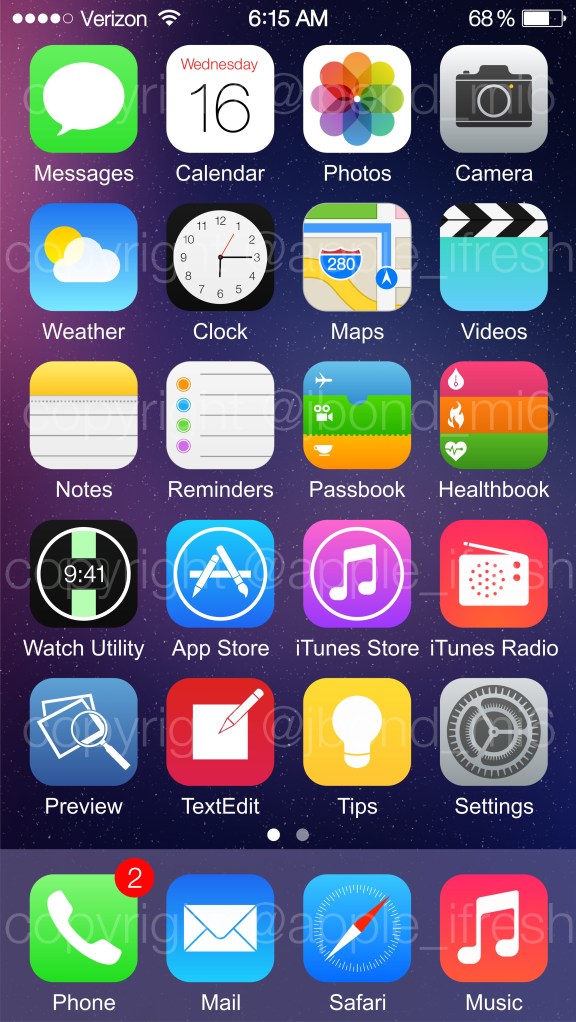 Another screenshot shows ios8 on probably iPhone 6, and this screenshot looks different to another one that leaked month ago, where icons were set 7×5. Icons are just bigger, space between them is bigger too, having usual 6×4. 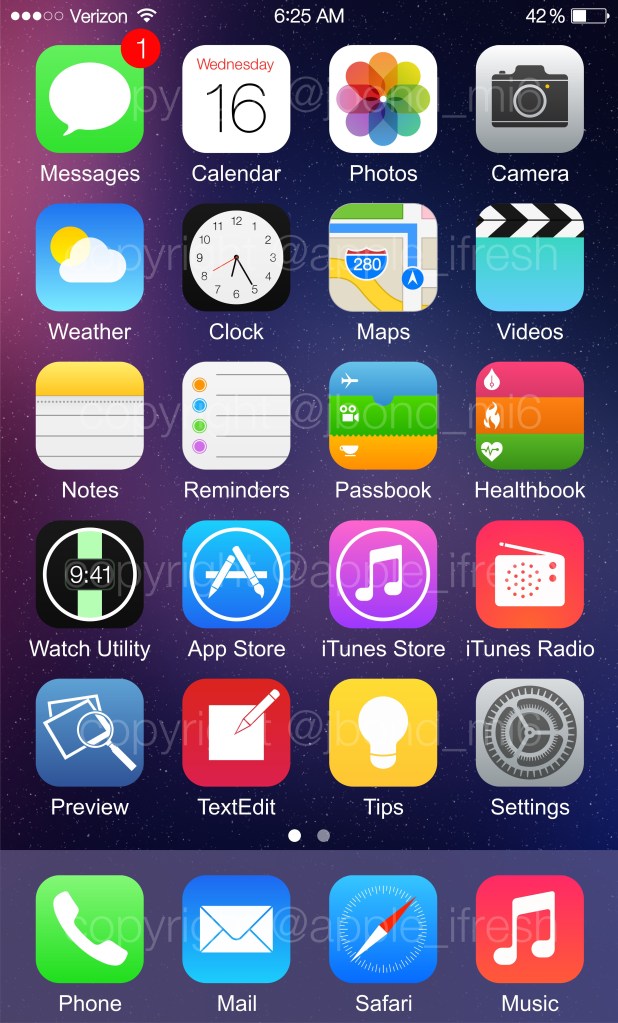 And the last screenshot was made on iPad, showing 3 new icons and, finally, Calculator icon (!) 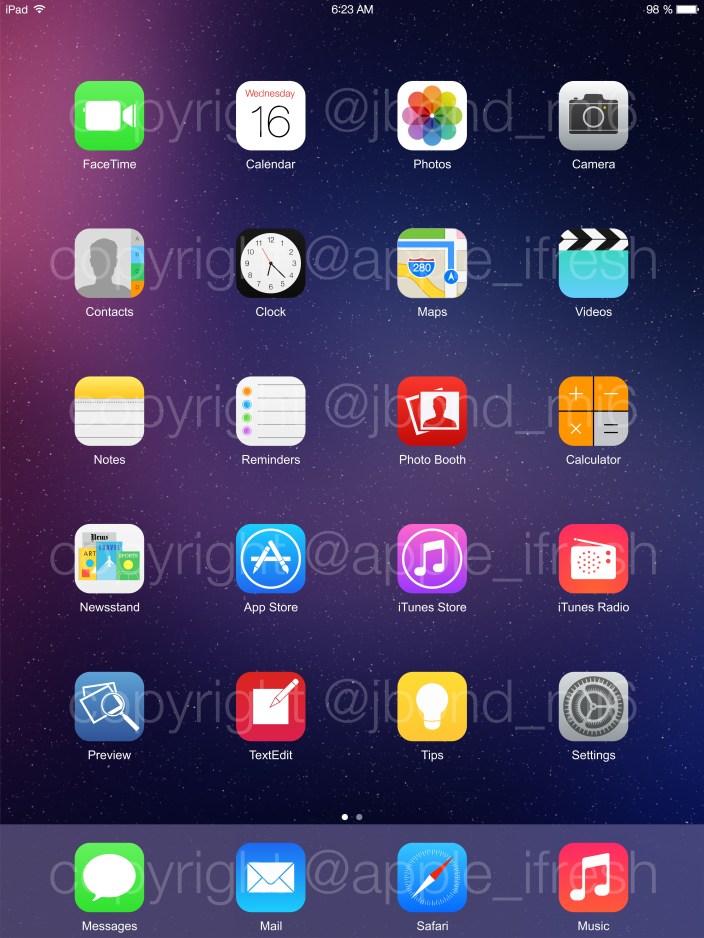 Big THANK YOU for allert to twitter users @jbond_mi6 & @apple_ifresh